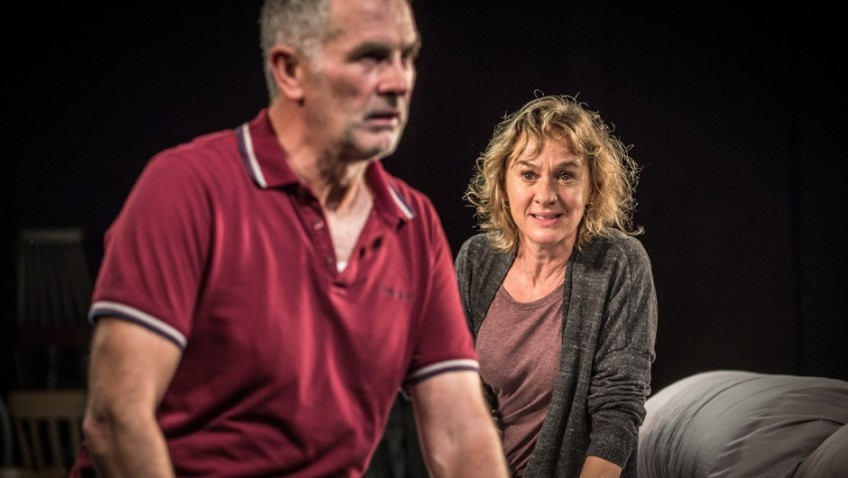 “It’s time to start having a life!” – says Owen McCafferty in Unfaithful

Found 111 is a temporary space at 111 Charing Cross Road, the original site of the Central St Martin’s School of Art. Access to the auditorium involves climbing 71 steps. There is no lift.

Owen McCafferty’s Unfaithful was seen on the fringe at the Edinburgh Festival a couple of years ago.

Adam Penford’s production, which lasts 75 minutes and is acted straight through without an interval on a traverse stage, is well cast.

A middle-aged wife (Niamh Cusack) learns that her middle-aged husband (Sean Campion) has had a one night stand with a young woman (Ruta Gedmintas) who picked him up while he was minding his own business, having a drink in a hotel. She decides to have her revenge with a one-night stand with a male escort (Matthew Lewis) in the very same hotel.

McCafferty insists his play is not about the sex. It’s about the aftermath. Is the marriage over?

The young woman and the male escort are lovers. Is their relationship over? Is working in Tesco at a checkout or working as a male escort something they will want to be doing for the rest of their lives?

The middle-aged couple have spent their working lives as a plumber and a school’s canteen supervisor. The marriage is stale. It’s time to start living.