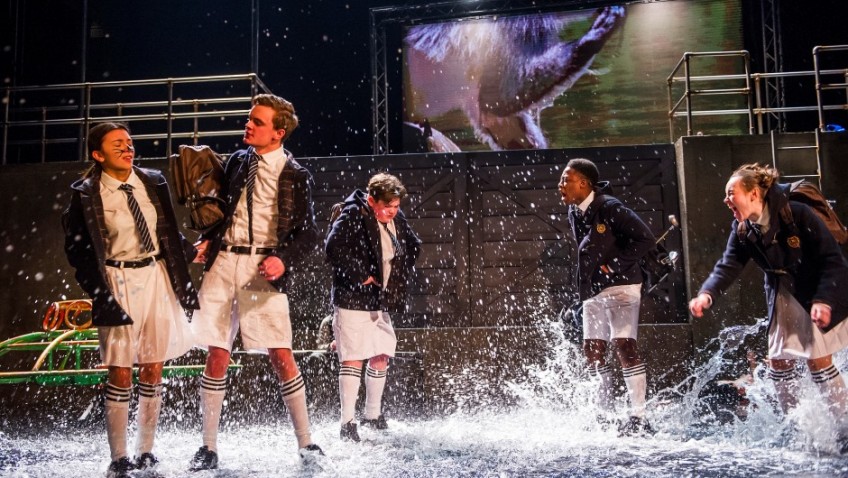 Children aren’t allowed to be children any more

Simon Stephens’ play had a critical success when it premiered at the Royal Court Theatre Upstairs in 2001.

Memories of the trial of two ten-year-old boys who abducted, tortured and murdered a two-year-old boy were still fresh.

15 years on children are still killing each other; but the play no longer has the impact it had.

Stephens takes a look at the miserable lives of working class people living on bleak inner city estates.  Children aren’t allowed to be children any more. 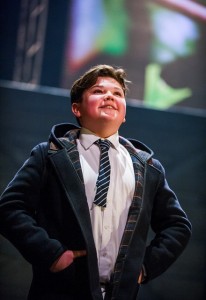 Max Gill as Billy in Herons

Billy (Max Gill), a 14-year-old boy, is horribly abused by Scott (Billy Matthews), an unpleasant 15-year-old lad, who rams a golf club up Billy’s rectum because Billy’s dad had witnessed a murder committed by Scott’s elder brother and reported it to the police.

Sean Holmes’ production, designed by Hyemi Shin, has a watery stage which allows the young actors to make quite a splash.

It might be acceptable to have documentary footage of monkeys in the jungle before the play proper begins; but to show the same wildlife loop over and over again throughout the performance is merely distracting.

The monkeys upstage the actors.