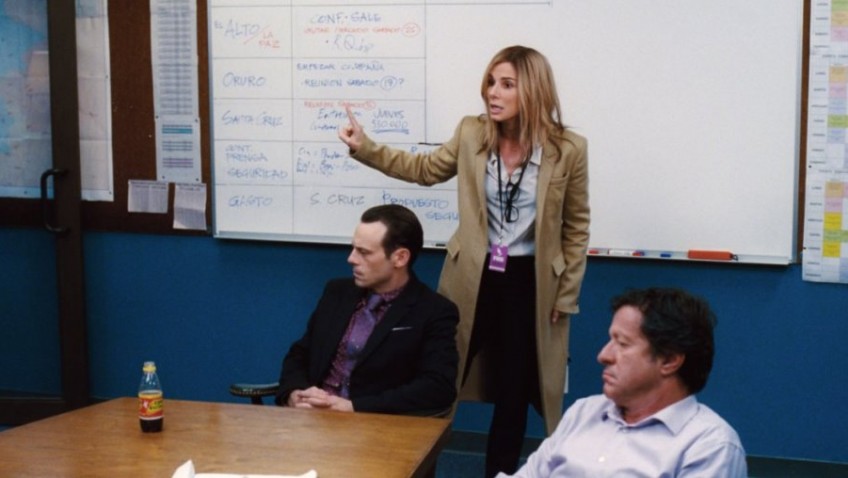 A political satire starring Sandra Bullock that punches below its weight

You have to admire Sandra Bullock, not only as a talented actress and Executive Producer, but as one who has managed to find roles commensurate with her age and character.

After winning an Academy Award for The Blind Side and appearing alongside George Clooney in the Academy Award winning Gravity, Bullock faced the problem of what to do next.  Her choice is Our Brand is Crisis, an awkward and uninvolving behind-the-scenes satire about a competitive presidential election strategist’s final battle before succumbing to a crisis of conscience.

It sounds like the perfect win-win vehicle for a high profile actress who wants to have her cake (a woman who triumphs at a man’s cut-throat game) and eat it too (her heart is really for the little guy, the electorate).

Dubbed ‘calamity’ Jane Bodine, Jane (Bullock), was once a successful presidential campaign strategist, ‘the best in the business.’  Humiliated one time too many in a by her shrewd and slippery arch rival Pat Candy (Billy Bob Thornton), she is now a fragile recluse, living in a cabin where she bakes bread and pottery with a spiritual subtext. 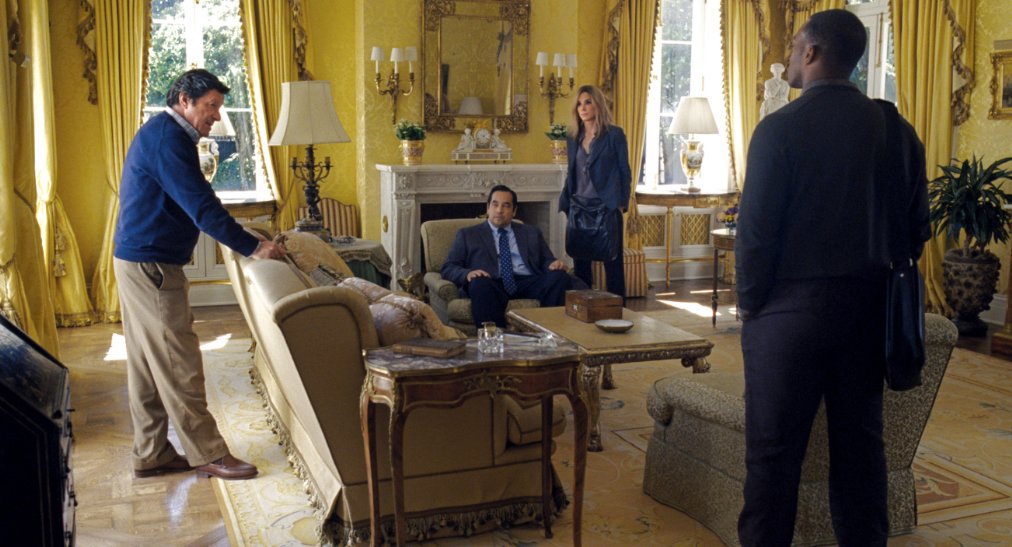 One day, her old team, headed by Nell (Ann Dowd), advertising expert Buckley (Scott McNairy) and newcomer team leader Ben (Anthony Mackie), try to persuade her to come out of retirement to help them elect  Bolivian candidate Castillo (Joaquim de Almeida), who is trailing in the polls.  Nothing will persuade her – except the mention of Pat Candy, who is heading up the campaign for Castillo’s popular rival.

After a slow, dubious start (for one thing, Jane gets altitude sickness in La Paz) the old Jane attacks, first her own client, repositioning him in the public eye, and then the opposition.  The filmmakers have fun revealing the often ruthless methods both Pat and Jane employ to undermine the other and get ahead in the polls.

When Castillo punches a man whom Pat sent to provoke him, Jane refuses to allow Castillo to apologise. Instead, she turns this embarrassment into a show of strength, and ultimately rebrands the lacklustre campaign, ‘our brand is Crisis’, allowing Castillo to declare that the country is in crisis, and he is the only man to defend the people. 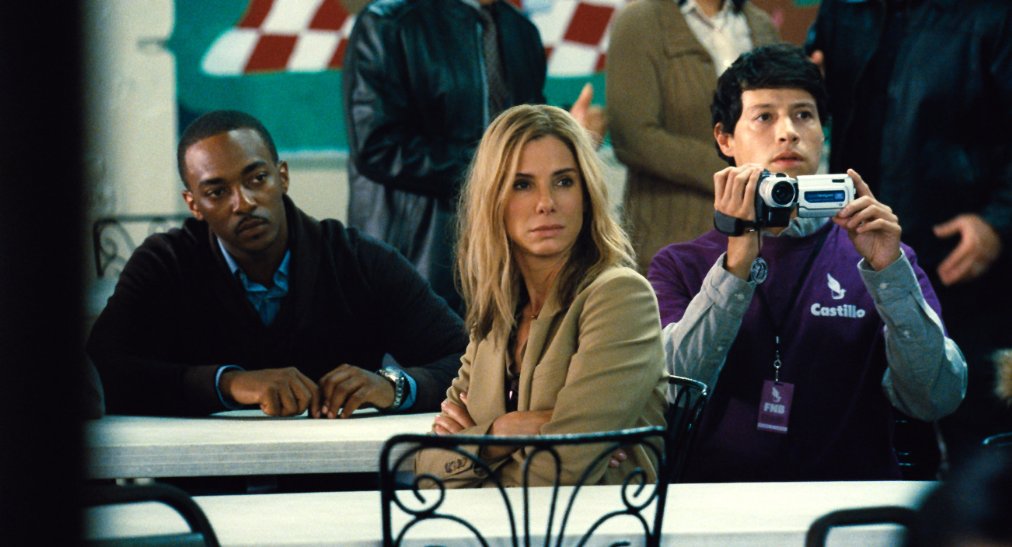 Jane brings in a female social media expert and researcher, LeBlanc (Zoe Kazan) to dig the dirt, and a young man of the people, Eddie (Reynaldo Pacheco) who speaks fluent English despite living in a ghetto.  Eddie met Castillo as a boy and idolises him for the reforms he made during his first term in office in the early 90’s.  In terms of the plot, Eddie is the conscience of the film and Jane takes note.

What’s more, the film is co-produced by Gravity co-star George Clooney, who co-wrote, directed and starred in the excellent election film, The Ides of March.  Clooney clearly has elections on his mind and rumours persist that he may one day be a contender.

But despite its relevancy and pedigree, Our Brand is Crisis has no sense of urgency about it, partly because it is set in Bolivia’s past with fictionalised characters.  All of the ‘humour’ involves two highly paid US rivals (who may have been sexually involved) playing a game at the expense of the Bolivian people.  It not only distorts the facts, but is so condescending toward beleaguered Bolivia that John Pilger might be penning a follow-up to The War on Democracy as I write.

Given this remote appeal, you end up wondering what the point of the film is unless it were based on a true story.  And in fact, the film is a heavily fictionalized retelling of the 2005 documentary Our Brand is Crisis. That film starred (as themselves) the all-male, American campaign team Greenberg, Carville, Shrum who ran the successful (but short-lived) campaign of American-educated President Gonzalo Sanchez de Lozado (played by himself) against the indigenous majority candidate Evo Morales (played by himself and now, Bolivia’s longest serving President). 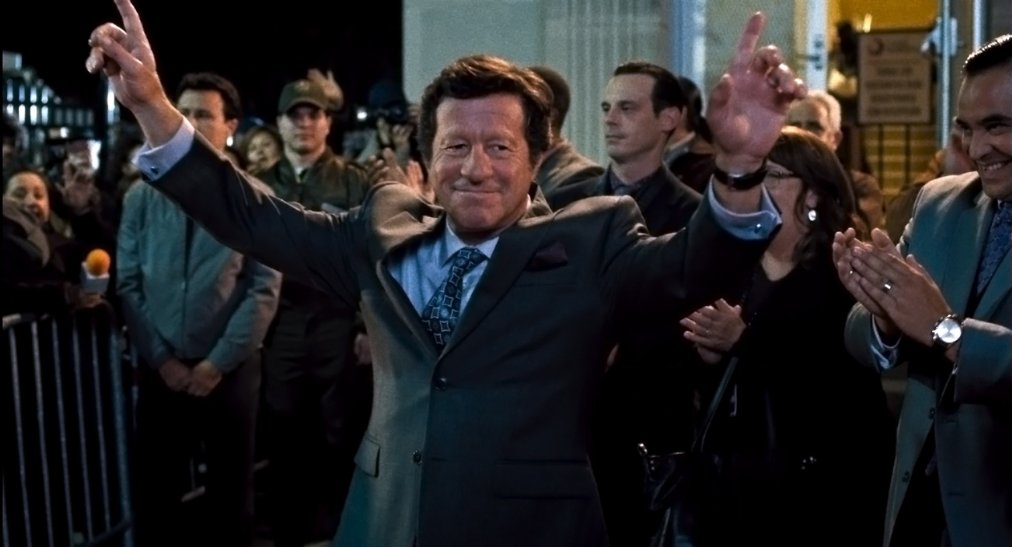 David Gordon Green is one of America’s most interesting directors because you never know what to expect. His hilarious high-profile Pineapple Express was followed by an abysmal period comedy, Your Highness; but he can also do low-key character-driven drama such as Manglehorn, Joe and his moving debut film, which he wrote, George Washington.

Green has proven able to balance humour with drama (Prince Avalanche), but here it seems that Bullock cannot.   We never know whether she is going for laughs or is being serious, and maybe she isn’t sure either.

The two strands clash as the script cannot chart the evolution of Jane’s transformation and disillusionment while focusing on the cut-throat game in which she excels. For this reason the ending seems tacked on when it is, one has to assume, the real point of the film.