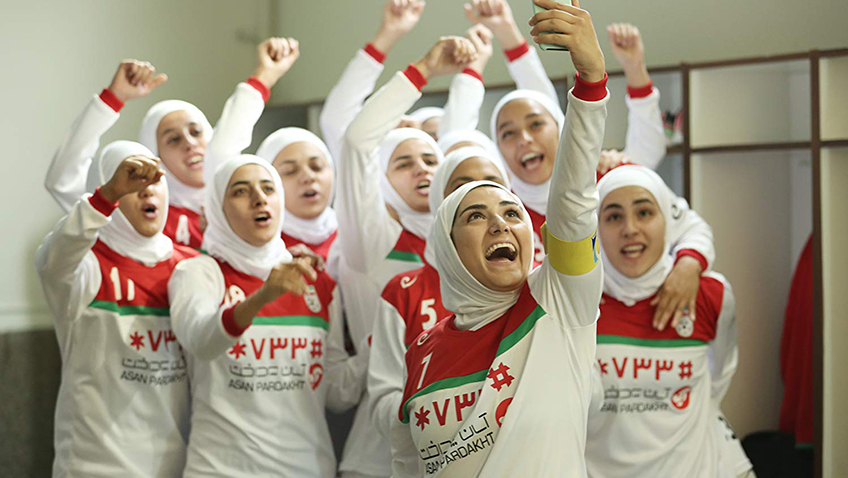 What if Lionesses scorer Nikita Parris had been stopped by an anonymous official at the airport on her way to the Norway quarter-final match in Le Havre last summer and told that her husband objected to her leaving the country? If it sounds like a zany, high-concept movie in the western countries designed for the #MeToo generation, spare a thought for the star and captain of the Iranian Futsal (indoor football) team, Niloufar Ardalan for whom this scenario is all too real. 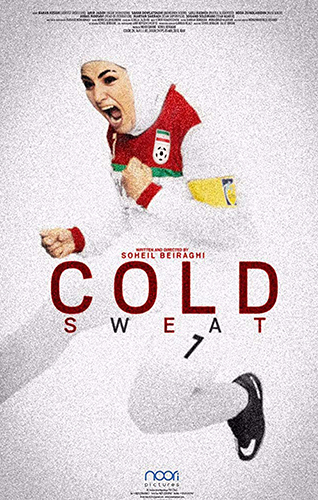 In 2015 Niloufar was unable to attend the Asian Confederation of Futsal Championship match in Malaysia because her husband had objected. Under Iranian law, a woman needs permission from her husband to leave the country and officials can confiscate a woman’s passport if she tries to disobey. Soheil Beiraghi’s second feature is a chilling fact-based drama drawing on the experiences of 8 athletes denied permission to travel in 2015. It will leave you as outraged as it does Afrooz (Baran Kosari).

When we first see Afrooz she is psyching up the team for a big match and capturing the ebullient mood on social media. In comes the coach, Mehraneh Noori (Sahar Dolatshahi) who in a foreshadowing contrast, orders sleeves down, hair and tattoos covered, and if you score, behave yourself.

With a big smile on her face Afrooz is euphoric with an early goal and she jumps in the air when the team wins and are off to Kuala Lumpur. After working hard for 11 years, she is a star and reportedly has attracted the interest of a Spanish scout.

But a big surprise awaits her at the airport when an unseen official announces that a Mr Yaser Shahoseini (Amir Jadidi) has forbid her from travelling. ‘I travel all the time’, she exclaims as though what she hears is an error. ‘I was in Russia three weeks ago.’ Afrooz tries to call Yaser, but he has blocked her number.

A sympathetic team member, Masi (Hoda Zeinolabedin) joins Afrooz who takes to her car to return home and track down Yaser. Is that Yaser following Afrooz and banging into her car’s fender leaving both women frightened for their lives? 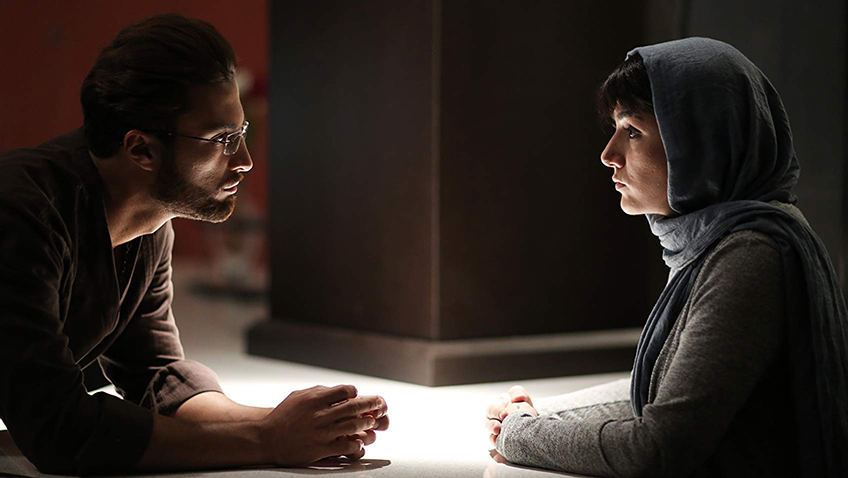 Beiraghi sets out the obstacles that his heroine must overcome to make it to Kuala Lumpur for the first game, turning the film into a desperate race against the clock. These hurdles include persuading conservative Noori, who seems to resent Afrooz, and the spineless Head of the Federation (Abbas Moosavi) to talk to Yaser. As her attempts to persuade Yaser with a carrot fail, and she uses the stick of social media, he renders her homeless, dumping her belongings on the street.

But it is the scenes between Yaser and Afrooz that are the most arresting as you see how he is enjoying having power over a woman who is his equal outside the law and has become as well known in Iran as he – the host of a banal TV show called The Good Old Days in which he sits in a chair and, with a lyrical, soft voice, recites religious poetry.

It hardly helps her case with Noori that Afrooz has kept it secret that she and Yaser have been living apart for a year and their differences are irreconcilable. Noori wants her to quietly smooth things over with Yaser and Afrooz does persuade him to have dinner at home together where she will cook, and they can discuss the matter amicably. But both are on their guard and neither can cede ground.

The following day, though, progress seems to have been made as the two appear before a judge. Afrooz will give up her “marriage portion” (dowry) in exchange for her freedom to travel to the game. 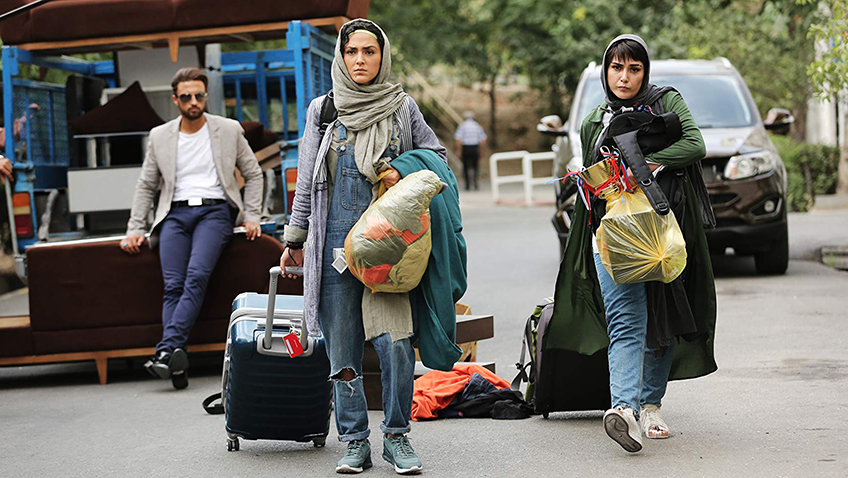 If Afrooz is a ball of fire and outrage – a tigress in a cage – Yaser is a calm, well-groomed charmer who hides his sadism under a handsome face, trendy clothes and a condescending smile. He infuriates us when he mocks the persuasive arguments of Afrooz’s lawyer (Leili Rashidi), a fast-talking, and articulate, women’s rights advocate who is no match for Yaser’s propaganda hiding using the law of the land to bolster his tarnished ego. Even the (unseen) judge is bemused by Yaser’s refusal and suggests he just sign the paperwork so she can win for her country.

Beiraghi makes a conscious decision not to show the faces of characters representing power and the law, from the immigration official at the airport, to the judge or the Federation member who gives Afrooz a devastating letter that is the final straw. These people are not individuals but represent a faceless authority upholding laws that make no sense in the modern world.

Iran as we see it in the few films that make it past the censor or are smuggled out, is a country of paradox. In the recent Tehran: City of Love, a gay bodybuilder who works in a gym, an overweight receptionist at a beauty salon plays a pathetic game with men she targets on internet dating sites, and a religious funeral singer turned illicit wedding singing, look in vain for the love that eludes them. In this film we see a childless, thirty-something woman who is surrounded by modern conveniences, owns a car and has a high profile on social media and has devoted her life to sport, who has become a prisoner of her estranged husband.

There are shades of the famous Iranian director Jafar Panahi’s film Offside here, a 2006 film about girls who try to watch a World Cup qualifying match but are forbidden by law, and Asghar Farhadi’s 2011 Oscar winning A Separation. Beiraghi’s film sparked widespread media attention and debate in Iran for hitting a raw nerve, and may, like Offside, indirectly influence, in the long term, a change in law.

If Afrooz is a symbol of Iranian cultural law at its most absurd, she is also a real woman facing the end of her short career in terms of her age. She had planned to go out with a bang and not a whimper, and the final scene in the film leaves us to hope she might have succeeded.