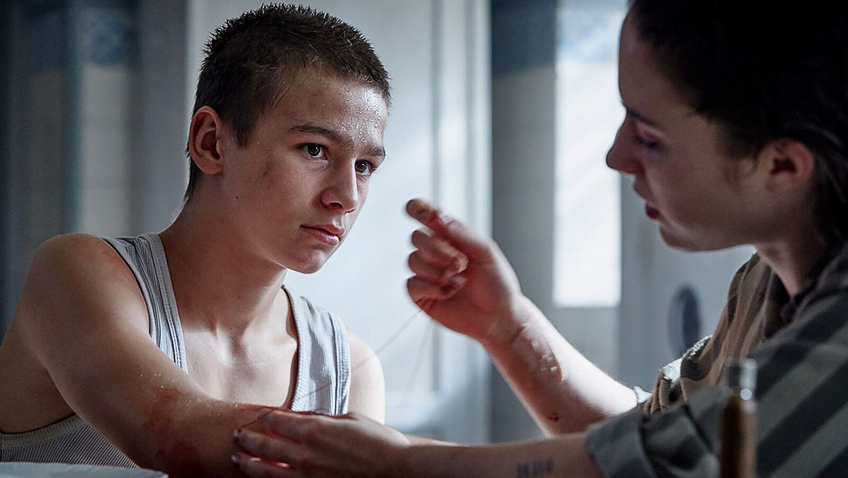 When a labour camp is liberated, Jewish orphans and abandoned guard dogs vie to survive

Do not expect a typical werewolf and zombie style horror film, but rather a fictional chapter from arguably the most evil horror of all, the extermination camps of Nazi Germany. Polish writer/director Adrian Panek risks criticism of exploitation in using the death camps as the backdrop for his survival in nature thriller, Werewolf

, but he largely pulls it off. His fable reveals how the trauma of the camps turned people into animals, and animals into malevolent thugs.

If the story is an allegory, the title has its roots in reality.  It refers not only to Hermann Lӧns’ 1910 novel Der Wehrwolf: Eine Bauernchronik

– a right wing favourite about a man named Wulf who organises a revenge attack on the soldiers who killed his family – but, also to Himmler’s late 1944 Operation Werwolf that envisaged an elite volunteer force operating clandestinely behind enemy lines.

The Russians are advancing through south-west Poland and are hours away from liberating the Gross-Rosen labour camp, where a group of young prisoners, from about age 4 to 20, have somehow survived. Most children too young or unfit for work were murdered straight away, but here, a handful, including the strange and bespectacled Wladek (Kamil Polnisiak), who is around 13 are still holding onto life.

The Nazis are trying to kill as many survivors as possible before the Russians arrive. We see Wladek watching from a high window in the cell he shares with a group of children as the Nazi guards humiliate a row of prisoners outside before machine gunning them. The guards order the victims to lie down and stand up like their dogs, forcing the already starving and weak prisoners to perform this strenuous exercise for no purpose. A woman tries to escape and is torn apart by a dog who is then told to “lie down”. 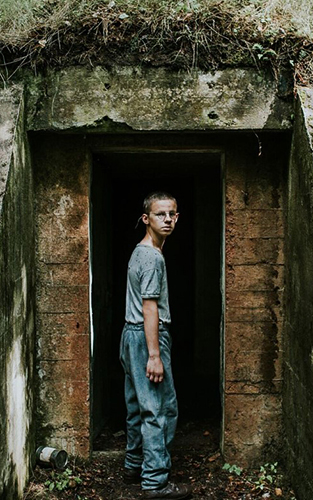 When the Nazis enter the cell he shares with other children, Wladek orders them to lie down and stand up, over and over again, believing it would amuse the officers. It seems to work as the children are liberated and placed in a villa under the care of its resentful resident, Jadwiga (Danuta Stenka).  She is a member of the Polish aristocracy, now condemned to share scraps of potatoes with eight traumatised, malnourished and starving Jewish children.

But in addition to starvation and Russian marauders, the biggest threat to the occupants of the house is the pack of former Nazi guard dogs that surround the derelict villa, hungry and trained to attack the children still dressed in their prison clothes.

First, Jadwiga is found dead and mutilated in the woods surrounding what has become an orphanage. Then, a Red Army soldier who had attempted to rape Hanka (Sonia Mietielica) is torn apart by the dogs. In a disturbing scene, Wladek passively watches the rape while a handsome, slightly older Hanys (Nicolas Przygoda) acts courageously to save Hanka.

Hanka replaces the middle-aged Jadwiga as Wendy to the lost boys, but she is no more than 20 herself, a stranger to the area and unable to feed them. The creepy Wladek appears to have a crush on Hanka, and this makes him jealous of the more mature and suitable suitor Hanys, nicknamed “the Kraut” – most of the children are Polish Jews.

The dogs, hungry themselves and trained to kill the prisoners, surround the orphanage, and attempt to gain access to their living prey within the building by any means.

Inside, the remaining meagre rations are the subject of argument, panic, sacrifice and generosity.

Though clearly suffering from PTSD, Wladek is the first to make a life-saving observation about the dogs and their potential victims, remembering the commands used by their Nazi handlers and recognising how the dogs differentiate the prisoners from others in the camp. This enables him to leave the villa unharmed and explore the woods where he finds a fugitive Nazi guard in hiding. 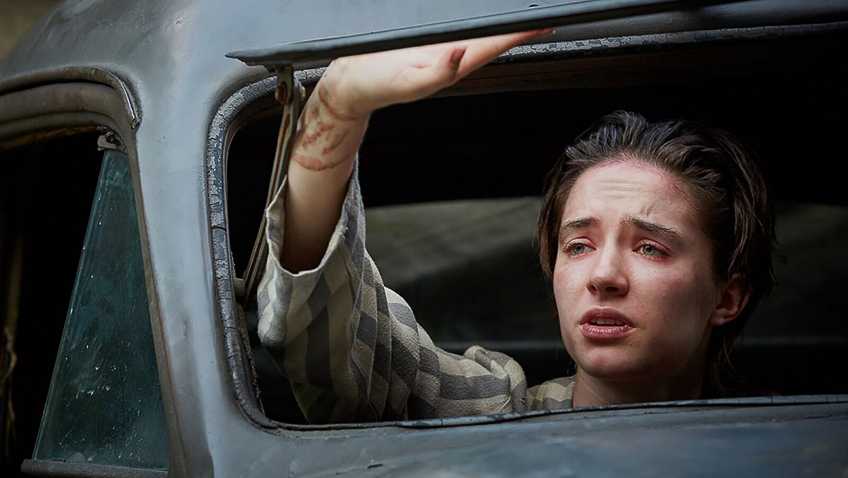 One of the problems with the film, which might be down to budget, is that the setting feels artificial and we never see more than one room at a time, making it difficult to figure out where the dogs are in relation to the children. It is only when Hanka sneaks out, making it to a truck where, surrounded by the dogs, she seeks temporary refuge, that we really measure the danger and feel the tension. Dominik Danilczyk’s impressive cinematography is at its best in the outdoor shots.

If Panek’s tale lacks the force, style and cathartic ending of Samuel Fuller’s White Dog, it is still a haunting and original thriller filled with atmosphere and convincing performances from non-professional actors, even if most of the characters remain one dimensional.

is most noteworthy, perhaps, for its depiction of victims of the worst degradation and deprivation imaginable.  They struggle to maintain the vestiges of their humanity when societal constructs have disappeared and grabbing a scrap of bread first can mean the difference between life and death.