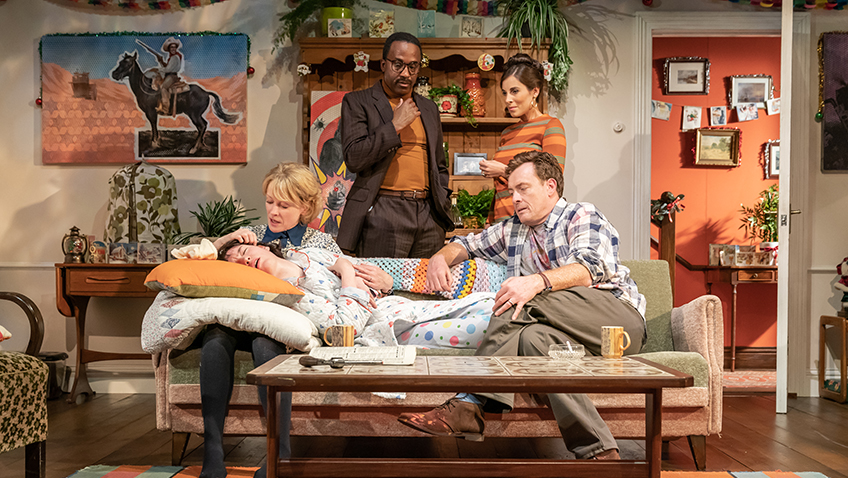 Robert Tanitch reviews A Day in the Death of Joe Egg at Trafalgar Studios, London SE1

Peter Nichols, best known for A Day in the Death of Joe Egg, National Health, Privates on Parade and Passion Play, died at the age of 92 in September.

Simon Evans’ revival of A Day in the Death of Joe Egg is a fitting memorial tribute.

Joe Egg is the nickname of a severely disabled child. How do you write a play about a taboo subject in a way that will prevent a stampede for the exit doors? 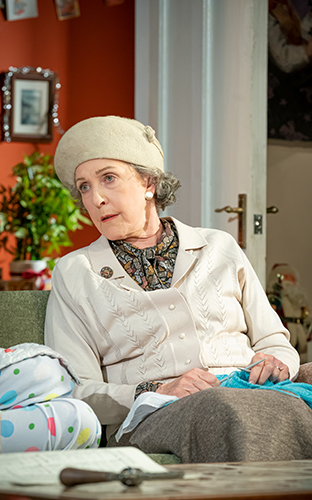 Patricia Hodge in A Day in the Death of Joe Egg

Nichols (who had a brain damaged daughter of his own) manages to be both funny and moving.

The music hall sketches and the jokes at the expense of the medical profession and the church are there to make it easier for the parents to cope The comedy is therapeutic.

Nichols’s treatment may shock initially. But what makes it work is his uncompromising honesty and his light touch. The characters regularly step out of the play to address the audience directly.

The child is never the butt; it is the adults’ reaction to the child which is comic.

There were many people in the late sixties who couldn’t see how the play could possibly appeal to the general public; and had it not been for director Michael Blakemore’s championship, the play might never have been staged.

It premiered in 1967 with Joe Melia and Zena Walker as the parents and was highly regarded by critics and public. It won Best Play Award in New York and in 1974 there was a film with Alan Bates and Janet Suzman.

The present cast is excellent. The parents are played by Toby Stephens and Claire Skinner. Patricia Hodge is the possessive mum. Storme Toolis is Joe Egg.

How would you cope as a parent with a brain damaged child? Would you be like the stage mother, mature and maternal, and embrace all living creatures and put your faith in the child’s eventual recovery, even when medical opinion has made it clear there will be no recovery? Or would you be like the stage father, who will never have his wife’s maturity and takes matters into your own hands?

Hopefully, Passion Play, Peter Nichols’ masterpiece, last seen six years ago at the Donmar Warehouse, will get a revival, too.