Home / LIFESTYLE / REVIEWS > / THEATRE REVIEWS / A seventeen-year-old boy blinds six horses with a metal spike. Why did he do such a terrible thing? 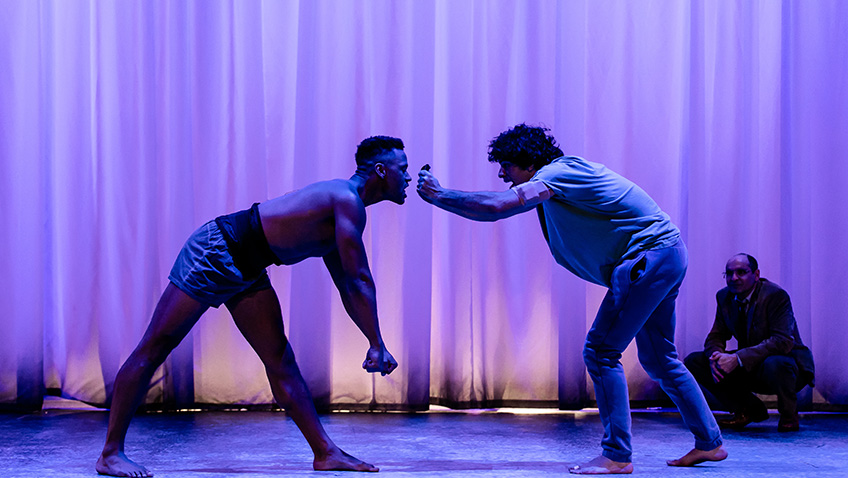 A seventeen-year-old boy blinds six horses with a metal spike. Why did he do such a terrible thing?

Peter Shaffer’s Equus, a modern classic, which premiered with great success in 1973, is a gripping psychological detective story and is told in a series of short scenes by a deeply disturbed boy who has been hospitalised and is being questioned by a psychiatrist.

The last time Equus was seen in London was in 2007 when the lead roles were played by Richard Griffiths and the 17-year-old Daniel Radcliffe making his stage debut. 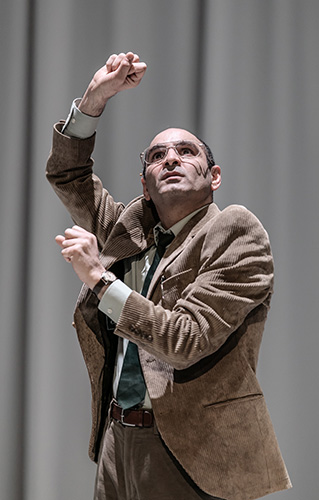 Ned Bennett’s production does without the usual setting, a hospital lecture theatre. Instead, there is just a bare stage and huge billowing white curtains on three sides.

The job of the psychiatrist (soft-spoken Zubin Varla) is to heal and save the boy (Ethan Kai, surly, impressionable, sensitive). But save him from what? Can he restore the boy back to normality? The answer is yes but the question is at what cost?

The psychiatrist sees clearly that the treatment and the cure society demands is the destruction of the boy’s passion and that his individuality be stamped out.

The boy worships the horse to such an extent that he has replaced a picture of Jesus in his bedroom with a picture of a horse.

The psychiatrist has reined himself in all his life and settled for a pallid, hollow existence and an unhappy sexless marriage. He is envious of the boy who has known a passion more ferocious than he has ever felt.

The play builds to two exciting climaxes/orgasms involving the horses, both thrillingly choreographed by Shelley Maxwell and both brilliantly lit by Jessica Hung Han Yun. The first is the boy’s masturbatory night ride on the downs. The second is the reenacting of the blinding of the horses.

The intense relationship between boy and horse is homoerotic. The horse is played by Ira Mandela Siobhan, who, bare-chested and in black shorts, relies entirely on his supple, rippling, muscular body and stance. His performance is striking.