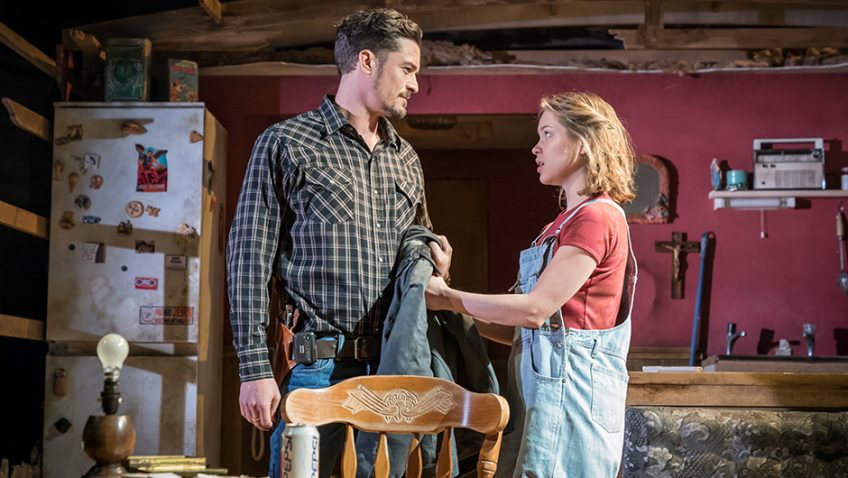 Orlando Bloom in Killer Joe will be playing to full houses

Orlando Bloom’s fame rests on The Lord of the Rings trilogy, The Hobbit trilogy and the Pirates of the Caribbean series.

He last appeared on the London stage in 2007 when he made his West End stage debut in a revival of David Storey’s 1969 drama In Celebration, modestly playing the least flashy role. 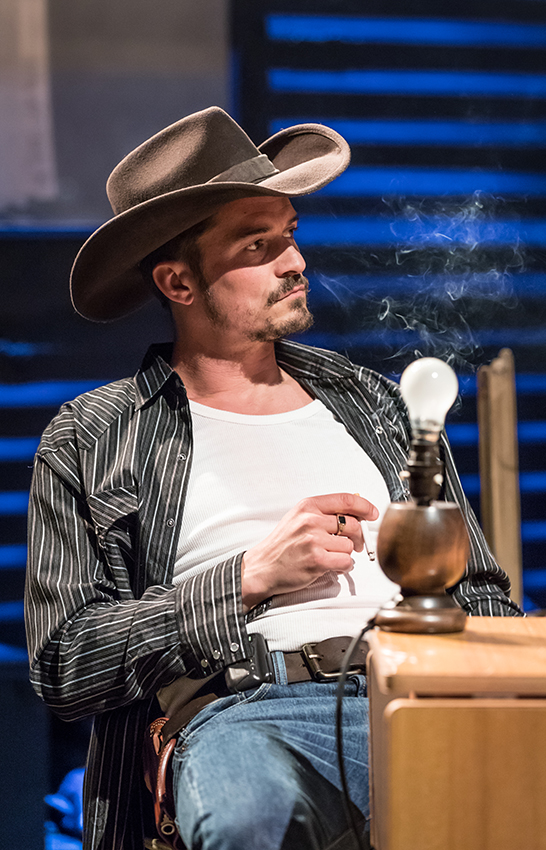 For his return he has chosen a thriller by American playwright Tracy Letts, best known for August, Osage County. I wish he had chosen a better play.

Killer Joe, written in 1993, was last seen in the UK in 1995 when it was acted by Steppenwolf, the Chicago theatrical company. It has since been made into a film with Matthew McConnaughey.

Killer Joe is a Southern Gothic black comedy set in a trailer park on the outskirts of Dallas, Texas. The characters, with the exception of Joe, are dysfunctional white trash addicted to watching TV all day.

A drug dealer (Adam Gillen), in serious debt and liable to be killed by the Mob, persuades his dad that there is considerable financial gain to be had from the murder of his mother (dad’s first wife).

The production is directed by Simon Evans with claps of thunder and lightning and moves to an absurdly messy murderous Jacobean finale.

Bloom, underplaying, is quietly dangerous. As a bonus, totally gratis, and, presumably, for the large contingent of women in the audience, his fully naked body (back only) is on show for just a few seconds.

Audiences, coming to the Trafalgar Studios just to see Bloom, will find that he is upstaged by Adam Gillen’s extraordinary overwrought performance.