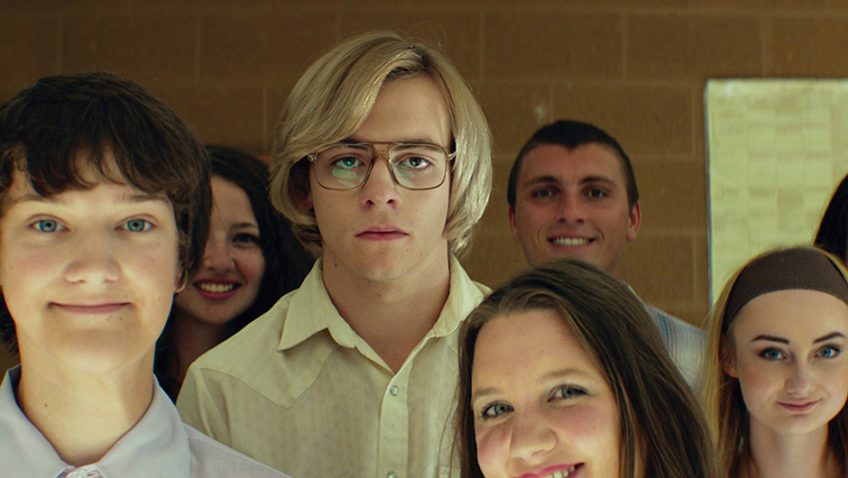 This bloodless portrait of a serial killer is engrossing, if slightly anaemic

Marc Meyers’ (How He Fell in Love, Harvest) fourth feature is based on the graphic novel by artist John ‘Derf’ Backderf

is, then, a prequel to the grim story that made the headlines and focuses on the tangible factors contributing to Dahmer’s first murder, three weeks after his high school graduation. This is an unusual approach, but although you know what is going to happen, Meyers manages to sustain a low-level tension for most of the film. A problem might be Ross Lynch (cast intentionally against type as he is best known from Disney’s TV show Austin & Ally) who delivers a one-dimensional performance, all hunched shoulders, spaced out looks and blank eyes. And while his family life is brilliantly portrayed, you might want to know more about how his school missed all the clues.

Meyers does not deviate significantly from the graphic novel or from facts of Dahmer’s life. It is, as you might expect for teenager, centred on his dysfunctional family and his high school, where he never had real friends, but briefly played on the tennis team and in the band. Dahmer’s father, Lionel (Dallas Roberts) and mother, Joyce (Anne Heche), argue all the time and when they are apart, their parenting is not much better.

Lionel is a scientist, a chemist, whose demanding work means that he is seldom around. Then again, with a wife like Joyce, he might prefer the quiet of the lab and the cafeteria food. When Lionel is home, he is troubled by his son’s lack of friends and obsession with experimenting on small animals in a wood shed in the back yard.

At first Lionel is happy to encourage Dahmer’s interest in laboratory work, but when he does nothing else, Lionel destroys the shed, without offering the boy an alternative. These are the days before the internet, and even before PCs began turning high school students into zombies. While Lionel is concerned about his son’s inability to make friends, when Dahmer is accepted by Backderf ‘s group and brings his friends home, Lionel makes nothing of it, which leaves us wondering if that is a real-life failure or the film’s omission.

Joyce is a borderline psychotic, craving attention and unwilling to devote time to her children. That might be just as well as when she cooks dinner the chicken is raw in the middle. In one scene we learn that Joyce has purchased a car with Lionel’s credit card while the house looks like it could use some TLC. Cold, self-obsessed and argumentative, she never talks to Dahmer – for example, about why he is not dating anyone – and when she does say something it is more about her than about her son. Just before his graduation she takes off with Dahmer’s younger brother to live with her mother in Wisconsin. As Joyce and Lionel are now divorced, Joyce and David’s departure means that Dahmer is living alone at home. 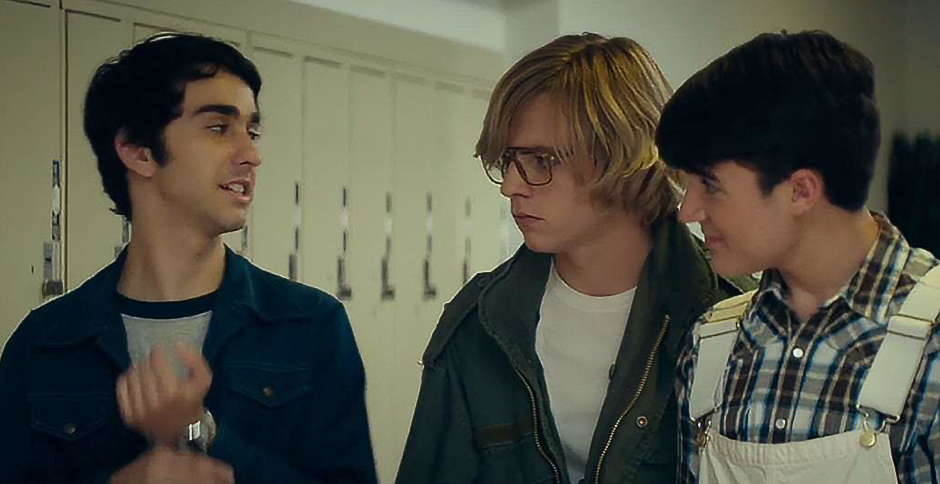 At school, Dahmer is a loner, but, probably because he is clearly intelligent and quiet, he falls under the radar. Still, you have to wonder why none of his teachers sense anything is wrong. Dahmer gets average or below grades, drops out of tennis and band practice, is seldom sober and smuggles hard alcohol into school.

Dahmer’s life changes, although whether for the better is debatable, when Backderf’s click realise that Dahmer – who has staged an impromptu fit in the corridor – is, or could be seen as, the ultimate cool dude.

The click of friends adopt Dahmer, albeit for all the wrong reasons, into their group and even form the Jeffrey Dahmer Club to exploit his pranks. This ends in disaster when Backderf takes up a collection to pay Dahmer to throw a fit in a big shopping mall. Only one boy, Neil (Tommy Nelson) refuses to take part, realising that the prank is exploitation of a boy he recognises as needing help. Regrettably, he does not ring any alarm bells.

While Dahmer is unable to engage with his classmates with the usual small talk, his transformation when he challenges a bet that he cannot find a date for the Senior Prom, is revealing. Romance is beyond him and he approaches his date with a rational argument as to why she should accept. It is more like a business negotiation. You can almost imagine how, in a few weeks’ time he would begin persuading his mostly underage, poor, and disadvantaged prey to accompany him to his grandmother’s (where he carried out several rapes and murders before being kicked out).

Meyers adds real suspense to the slow-building tension by including scenes chronicling Dahmer’s real-life obsession with a good looking jogger (Vincent Kartheiser) who is a local doctor. Three times a week Dahmer watches by the side of the road in a wood. And then one day he waits – and waits – with a baseball bat.

At the end of the film, Backderf sees Dahmer wandering, drunk on a dark road and offers him a life home. He tells Dahmer that he is leaving Ohio to go to art school in Pennsylvania, while, when prompted, Dahmer says he is probably going to Ohio State. Dahmer’s graduation plans were, in fact, much darker, but, as we learn in this biographical drama, nothing that we could not predict from his high school experiences.