Home / TRAVEL / DAYS OUT / Avebury: an active day out for all the family 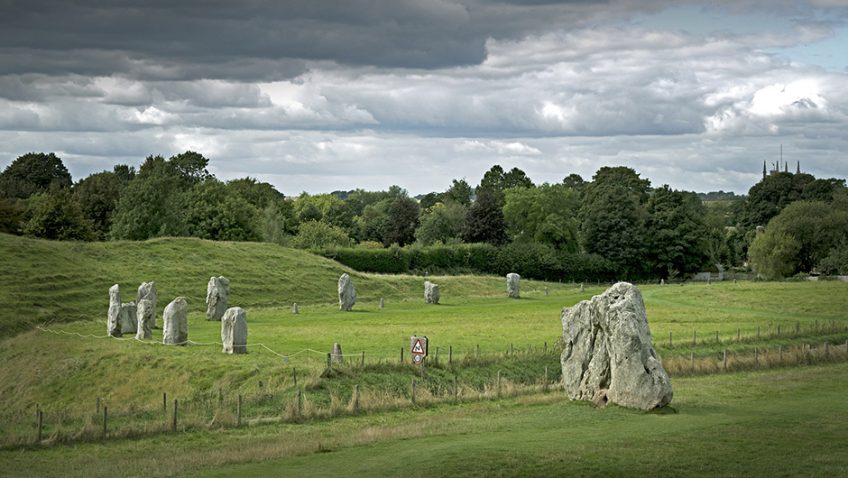 Avebury: an active day out for all the family

The beautiful, picturesque village of Avebury, in Wiltshire, is home to three stone circles, one of which is the largest megalithic stone circle in the world. Immaculately maintained by the National Trust and English Heritage combined, the site also houses two museums a manor house.

We began our day with a visit to the Alexander Keiller Museum, which offers some interactive displays, including a model that gives a good perspective of the stone circles as if looking at them from the air. Amongst the impressive timber walls of the ancient barn that houses the museum, quotations such as, “I’m not here to cook, I’m here to dig”, part of a display on women archaeologists through the ages, grab your attention.

Next we followed the marked route that took us around the circles themselves; it was a beautiful sunny day and the lush green countryside was an idyllic backdrop to the ancient stones. Unlike Stonehenge, which is roped off, you can walk right up to the stones. The walk is a great way to enjoy a bit of light exercise while soaking up the sunshine, history and bucolic scenery.

The route we took was mostly flat and only interrupted by having to cross the busy road that runs through Avebury. The walk along the ridge is particularly spectacular and lead us to ‘The Wishing Tree’, one of a cluster of huge, age-old trees with magnificent root systems that creep and wind in and out of the earth.

Back in the heart of the village lies Avebury Manor, which was featured in the BBC’s The Manor Reborn, in 2011. The series showed how nine of Avebury Manor’s rooms and part of the garden were redecorated and redesigned in five different styles: Tudor, Queen Anne, Georgian, Victorian and 20th century.

What makes this manor house different to so many others is that, with the exception of a few specified items, visitors are encouraged to touch and handle things, get in the beds and try on clothes. This was particularly refreshing for the children, who for once could really explore and get involved with the house and not be followed round by grown-ups whispering ‘don’t touch!’

The house was staffed by many volunteers who seemed to be available to share their enthusiasm and wisdom in almost every room. While grown-ups appreciated the fascinating mix of period features, children enjoyed creeping through secret doors and exploring creaky staircases.

All in all Avebury offers an interesting, fun and active day out for all the family. Be aware, though, that if you are not a member, parking for any amount of time before 3pm will cost you £7 and there are separate admission charges for the museums and the house. Admission to the stone circles, however, is free.