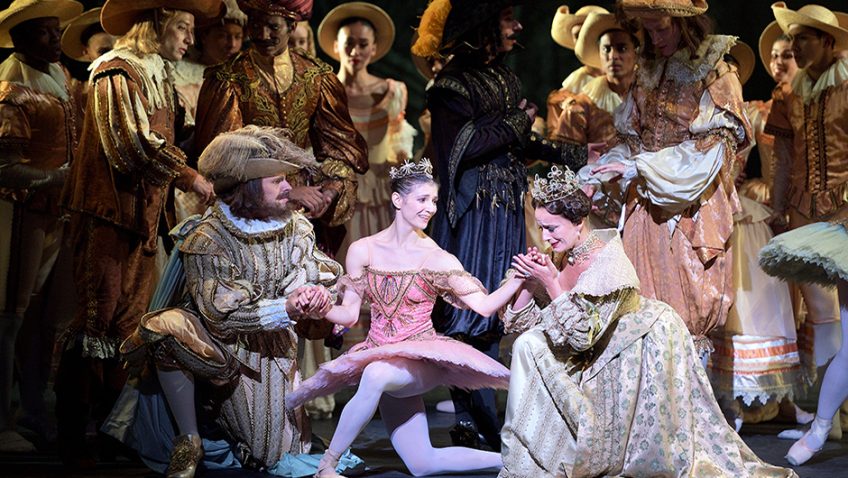 Charles Perrault’s La Belle au bois dormant, one of the best-loved fairy tales, was first dramatised in England in 1806 and has been a great standby in British theatre ever since.

J.R. Planché’s extravaganza, produced at Covent Garden in 1840, was much admired for its singing, dancing and spectacle.

Fifty years later Pyotr Ilyich Tchaikovsky was thrilled when the Director of the Russian Imperial Theatre invited him to compose a ballet. The score was written to the exacting and detailed demands of the choreographer, Marius Petipa.

The discipline far from inhibiting him produced one of ballet’s greatest scores. The original production in 1890, an evocation of Louis X1V and Versailles in all its pomp, luxury and opulent grandeur, was the crowning glory of the Royal Imperial Ballet.

The ballet was first seen in London in 1921, produced by Serge Diaghilev with lavish designs by Leon Bakst. It ran for 115 performances and lost a fortune, the most expensive failure in his career.

The Sleeping Beauty re-opened the Royal Opera House in 1946 after World War 2. Margot Fonteyn and Robert Helpmann starred in a production, designed by Oliver Messel, which would go on to conquer America and continue to be performed for the next 25 years.

Kenneth MacMillan has produced three Sleeping Beauties for three different companies. The version English National Ballet is doing is the one he created for American Ballet Theatre in 1967. Macmillan remains true to Petipa.

The spectacle, set in the Louis XIV – Louis XV period, is magnificent. The costumes by Nicholas Georgiadis are fabulous, rich in fabric and colour. Peter Farmer provides delicate pastoral settings. The garland dance is charming.

However, at a story level, nothing is made of that moment when the whole court falls asleep for 100 years. The forest does not grow before our eyes.

The one thing everybody knows is that the Prince wakes Beauty with a kiss, though there is, amazingly, no kiss in Perrault’s version. (In a much earlier, medieval account the Prince rapes Beauty while she sleeps.) Here the bed in which she sleeps is right at the back of the stage and the kiss is perfunctory.

Audiences do not go to The Sleeping Beauty for the fairy tale; they go for the spectacle, the mime and the dancing and to see in particular the notoriously difficult Rose Adage when Aurora is courted by four princely suitors from England, Spain, India and France, one of classical ballet’s great moments.

The exquisite, tiny Alina Cojocaru is an eloquent Aurora, a star turn. Joseph Caley is her courtly Prince. The Bluebirds (Daniel McCormick and Rina Kanchara) make the most impression in the Act III divertissements.

The pantomime melodrama is provided by Carabosse, the bad fairy, the Master of Ceremonies forgot to invite to the christening. James Streeter, with his pale white face and red wig, looks like a deranged Queen Elizabeth I and quite rightly hams it up. 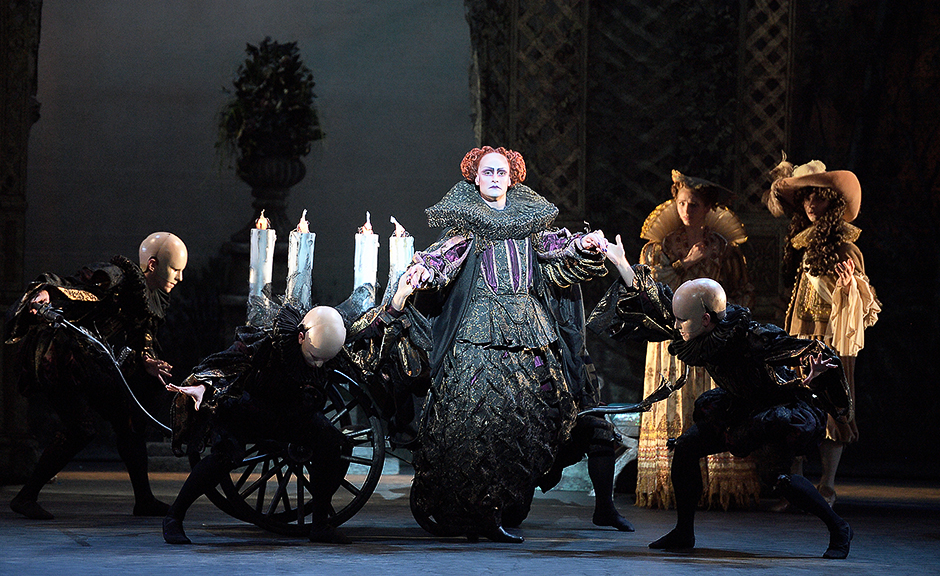