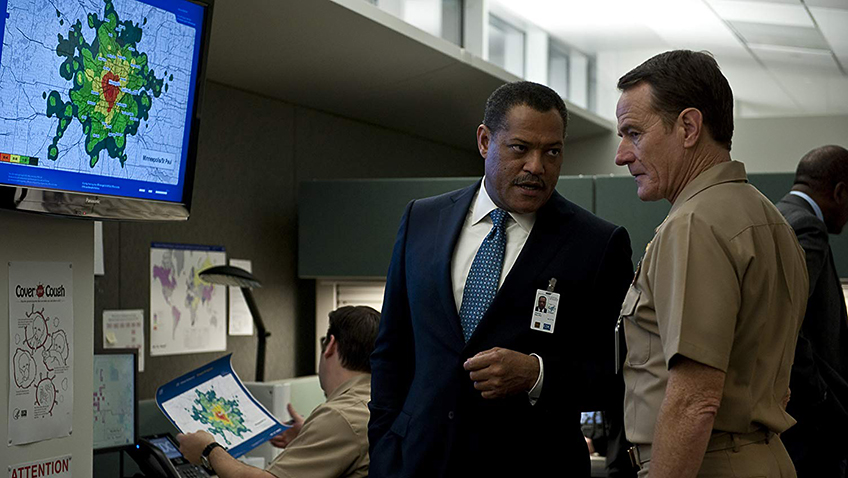 An intelligent and well-acted movie

is not a disaster movie. And you wouldn’t think of the director of Traffic being drawn to something akin to Armageddon. Then again, a few weeks ago we saw art house director Lars von Trier directing Melancholia about a meteor ending life on earth. So clearly, with the global economy and environment in peril, there’s angst in the air.

It has to be said that Contagion

is a thriller about epidemiology, and how governments, pharmaceutical companies, scientists and doctors, health organisations and individuals react to a deadly epidemic. It’s an intelligent and well-acted movie written by Scott Z. Burns who wrote fast paced, The Bourne Ultimatum and the extremely clever Matt Damon vehicle, The Informant! Curiously, however, the film is also relatively low on tension, emotionally uninvolving and rather lifeless.

starts, as epidemics do, with a symptom. Gwyneth Paltrow is a businesswoman on the way home to her son and husband, Mitch (Matt Damon). She travels from Hong Kong via Chicago where she enjoys a tryst with a former lover. While in the airport, the flu like symptoms manifest themselves. She’s not home for long when she has an epileptic-like fit and dies. Then their son falls ill.

Mitch finds that he is immune to the disease, so he reappears in a story line where he must save his teenage daughter (from a first marriage) from a similar fate. Damon is as competent an actor as ever, but he’s not given the material or time to make the best use of his talents. 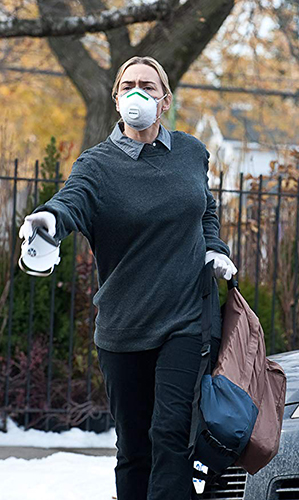 Paltrow’s character reappears in flashback when Dr Leonora Orantes (Oscar winning French actress Marion Cotillard) of the World Health Organisation (WHO) tries to trace the source of the virus by tracing her movements. The audience sees how easy it is for a clean, well-nourished, middle-class American woman to come into contact with — well, let’s not spoil it – via a chain of touching surfaces, glasses, plates, and seats and food.

Soon it is a race against the clock to break the code of the biological pathogen. But since it keeps mutating, the challenge is all the greater. Deputy Director Cheever (Laurence Fishburne) of the Centre for Disease Control in Atlanta (CDC) sends a young, fearless doctor (Kate Winslet) to the front line. Both WHO and the CDC are hoping to find a vaccine, but there is no agreement about who will get it first and how it will administered.

As Winslet’s character falls ill, and Cheever is helpless to give her priority treatment, a ruthless blogger (Jude Law, with a horrendous Australian accent) adds to the general panic and paranoia by creating a conspiracy theory.

What is perhaps the best part of the film is watching how different characters react to the panic (think of the characters in Albert Camus’ The Plague) by demonstrations of heroism, generosity, selfishness, cowardice or practical thinking. Do we, for example, condemn, commend or simply forgive health official Sun Feng (the Singaporean star Chin Han) for kidnapping Dr Orantes to assure a supply of the anticipated MEV-1 vaccine for his village? 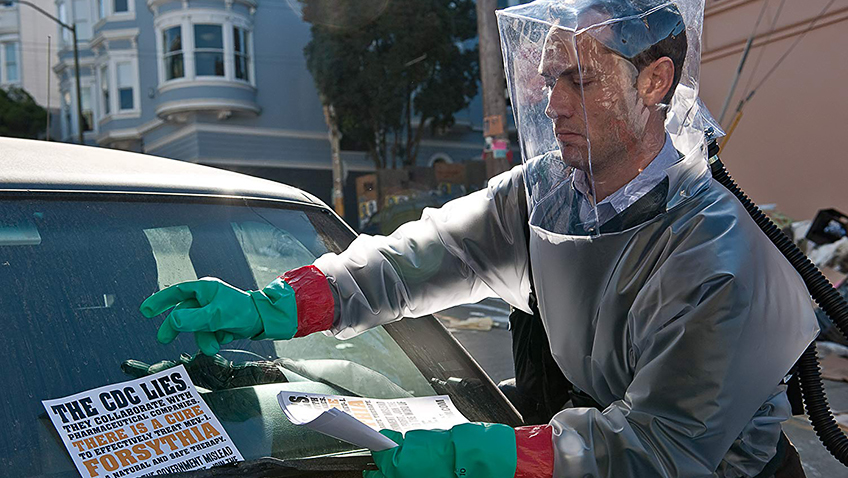 Soderbergh can certain handle the interwoven, multi-strand narrative, but since the film is so preoccupied with the spread of the disease and the panic that is created, there is not enough time for individual stories to be developed. It’s therefore difficult to feel very much for anyone — other than contempt for Jude Law’s obnoxious blogger.

It’s also difficult to gauge the message we’re to take away from the film, other than the observation of the varied panorama of human reactions. Is this a moral tale, beginning as it does with a deadly illicit tryst? More obvious is another warning note about how unprepared we are for a major epidemic, although, in the circumstances, some viewers might be impressed with how organised things are and to what extent the centre holds. And, rather too reassuringly, the speed with which a vaccine is produced is one of the unexplained marvels of the film. One thing is certain: viewers will be more mindful of washing their hands after riding on public transportation.