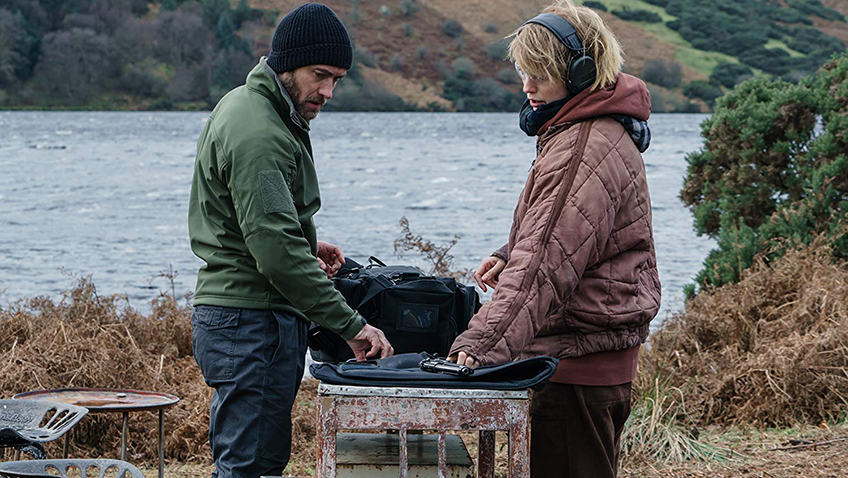 . Blake Lively (A Simple Favour, Café Society, Green Lantern) has earned the right to join Anne Parillaud (La Femme Nikita), Jennifer Lawrence (Red Sparrow), Gal Gadot (Wonder Woman) and Charlize Theron (Atomic Blonde): actresses demonstrating their versatility as action-thriller heroines. American actress Lively (still only 32!) and British actor Jude Law (47) are not the most obvious match, but big enough names that their pairing should attract attention. Director Reed Morano is not only a talented and rare female cinematographer (she shot the great 2008 indie film Frozen River), and the youngest member of the Society of Cinematographers, but the only woman to win the Emmy and Directors’ Guild award for a drama series (for two episodes of The Handmaid’s Tale). So, you really want to like The Rhythm Section

Stephanie Patrick (Lively) is an attractive woman, despite the greasy, drab hair, needle marks competing with bruises and dark circles under her sad and wary eyes. She is lying on a rancid bed in an unsavoury room when her name is called. Her John has arrived, but he’s the kind we always find in thrillers and detective movies when a prostitute is around. He just “wants to talk”.

Keith Proctor (Raza Jaffrey) is an investigative journalist and he has some news that draws Stephanie out of her drug-fuelled stupor. The crash that killed her family three years earlier, and for which she blames herself, was not an accident, but an act of terrorism, that was, as is standard in films from the Mission: Impossible and the Bourne series, covered up by the government. Proctor is so confident that his mysterious source called “B” – an ex-MI6 agent – is right, that he plans to use the man who planted the bomb, Reza (Tawfeek Barhom) to find his benefactor.

Sceptical, Stephanie becomes a believer after visiting Proctor’s flat, a veritable museum of the incident. Reza’s image burns in her mind: the man who murdered her family on a plane taken because of her and that she should have been on. After purchasing a gun, Stephanie tracks down Reza at the university, which is his cover, but cannot go through with the assassination. Reza, however, has been spooked and when Stephanie returns to Proctor’s flat, she finds him dead.

This is our first taste of the damage a neophyte with more anger than skill and experience, can do, and it’s the saving grace, along with Blake Lively’s convincing performance, of an otherwise cheesy movie. Stephanie is never Wonder Woman or an Atomic Blonde, but a flesh and blood middle-class, well-educated American girl. 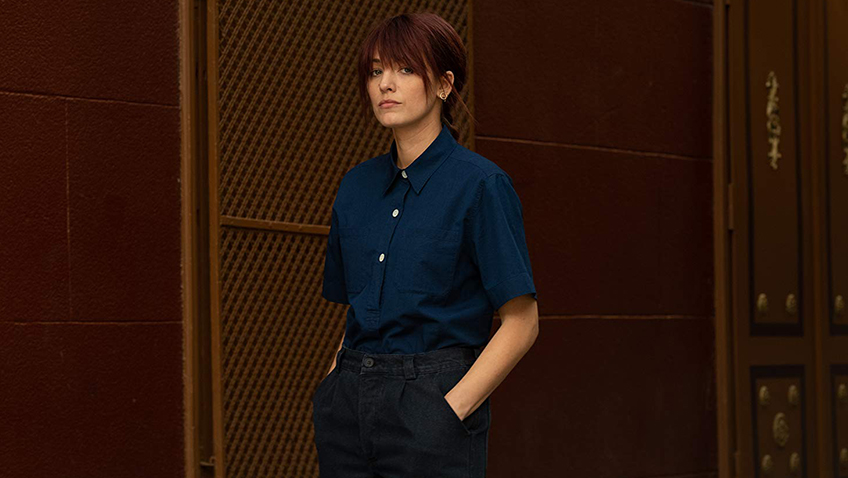 Blake Lively in The Rhythm Section

Left with Proctor’s dead body and, no doubt, next on the hit list, she manages to figure out the location of the mysterious “B” (Jude Law) and tracks him down in a remote cabin in the Scottish Highlands. If this reminds you of Richard Hannay’s trajectory in The 39 Steps, you are in for a disappointment. The electric chemistry between Robert Donat and Madeleine Carroll does not exist between the gruff, macho B (real name Iain Boyd) and the totally unprepared Stephanie.

But first, the audience has to consider why a man whose livelihood depends on internet communication and staying in touch with slippery characters around the world, would make his headquarters a remote, but vulnerable cabin in the middle of nowhere where broadband and internet hook ups will be problematic.

When B sees this drug-addicted, city girl who can barely walk and has gotten his friend Proctor killed, he is not amused. But Stephanie makes her case and says she is going to kill Reza with or without B’s help as she has nothing to lose anymore. 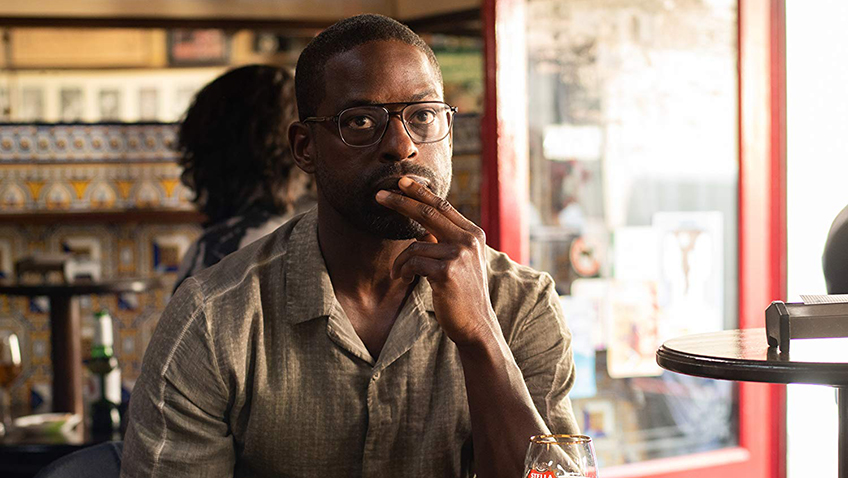 Thus, begins the familiar section of a myriad of movies where the ex-MI6 (or whatever) agent trains the neophyte. But is it really fair to give her a pair of heavy marching boots (that might not be her size) and then send her off jogging in them? When Stephanie naturally struggles to go the distance, B brings her to an ice-cold lake (judging from the coat Stephanie wore on arriving and her shivers as she found the cabin) and tells her: “take off your clothes.”

Now this isn’t an order Matt Damon or Tom Cruise ever received in a film. But the filmmakers might have seen Blake Lively in The Shallows, where she fended off a killer shark in a bikini for over an hour. Any excuse to get Lively into the water again is worth a gamble, even if is almost impossible for her to have survived the long swim without severe hypothermia, or, more probably, death. 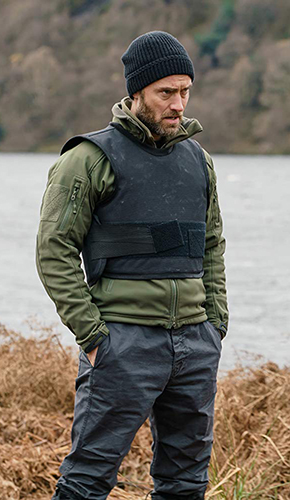 Jude Law in The Rhythm Section

But then again, we were earlier asked to believe that after the crash, Stephanie dropped out of Harvard University, abandoned the rest of her family and friends, and hid herself away in a world of drugs and prostitution.

B is impressed, whether with Stephanie’s body or her perseverance (she had said that she didn’t even swim!), we don’t know. But he’s a bit of a bungler who has not entirely earned the right to criticise Stephanie, having been – as we learn in a rapid expository confessional – indirectly responsible for the bomb on the plane.

Anyway, after telling Stephanie than Reza was hired by U-17, whose target on the plane was liberal Muslim Reformer Abdul Kaif, he suggests than she don the disguise of female assassin Petra Reuter. B killed Petra (for which he was kicked out of MI6) who had killed his wife (you got it) but, conveniently, Petra’s body was never found. This gives Lively a chance to compete with Charlize Theron and to show us how great she looks in different wigs and hair lengths.

Needless to say, there are other characters, including a shady CIA agent (Sterling K. Brown) and a gangster in Tangiers (exotic locations are a pre-requisite for these films). To gain access to this sleazeball, Stephanie poses as a substitute for his regular afternoon prostitute (here, at least, she has experience). And so it goes.

The script was written by Mark Burnell whose debut novel, The Rhythm Section

, introduces the character of Stephanie Patrick in the first of a series of thrillers. If, as the ending suggests, there are designs for a series, let’s hope the next instalment has more suspense, a lot more rhythm and a bit of soul.