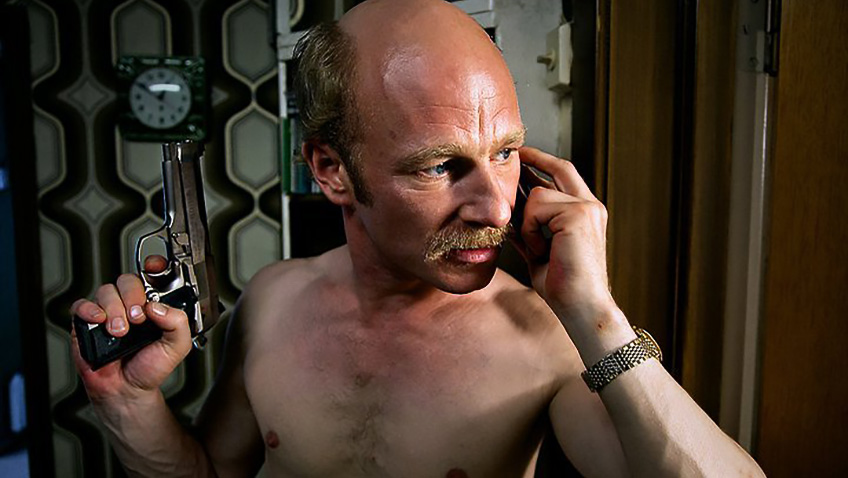 Though Nesbø’s book is a delight to read, Tyldum’s adaptation is arguably better

Scandinavian cinema has always been with us. When Carl Theodor Dreyer and Ingmar Bergman passed on, directors like Lukas Moodysson, Lars Von Trier and Aki Kaurismaki, whose latest film is currently on release, took over to contribute to our art house scene. Scandinavian cinema and talent have enjoyed a notable resurgence in the past five years and has not been lost on Hollywood, with several Scandinavian filmmakers (including Nicolas Winding Refn and Tomas Alfredson) making English language films.

In 2008 three riveting and superbly acted and directed films were released in the UK: the Danish resistance drama, Flame & Citron; the Norwegian resistance drama Max Manus, Man of War and the Swedish vampire thriller, Let the Right One In. The following year, 2009, saw the first of the three Stieg Larsson Millennium Trilogy films released in the UK, while the Swedish Director of Let the Right One In and the Swedish version of The Girl Who Played with Fire Tomas Alfredson, went on to direct the BAFTA and Academy Award nominated ‘Tinker Tailor Soldier Spy’.

Swedish actress Noomi Rapace (The Girl with the Dragon Tattoo), is currently appearing in the Norwegian thriller Baby Call, while Aksel Hennie, the charismatic, eponymous hero of Max Manus, Man of War, excels in this week’s Norwegian thriller, Headhunters

To the outside world, 30-something Roger Brown (Hennie) leads an enviable, charmed existence. He is arguably Norway’s top executive recruiter, or head hunter; lives in a house designed by a famous architect and is married to Diana (Synnøve Macody Lund), a gorgeous, statuesque blond who runs a stylish art gallery – financed by Brown.

But Brown does not view himself as the outside world does. Although he radiates self-confidence, in a first person narration he admits that he has a Napoleon Complex. He is short and Diana towers above him in every way. He can never quite believe that he would have her undivided love if: a) she didn’t have her art gallery; b) he didn’t shower her with jewellery; and, most significantly, c) if they had a baby. Brown’s objection to the baby that Diana desires relates to his complex. He is afraid he will lose when competing with the baby for Diana’s attention.

So Brown supplements his salary by art theft – until he meets his match in the handsome Clas Greve (Nikolaj Coster-Waldau), who just happens to be an espionage and tracking expert. Greve is not only exceptionally well-qualified for a prestigious management position Brown is contracted to fill, but there’s a lost Rubens in the apartment he is renovating. 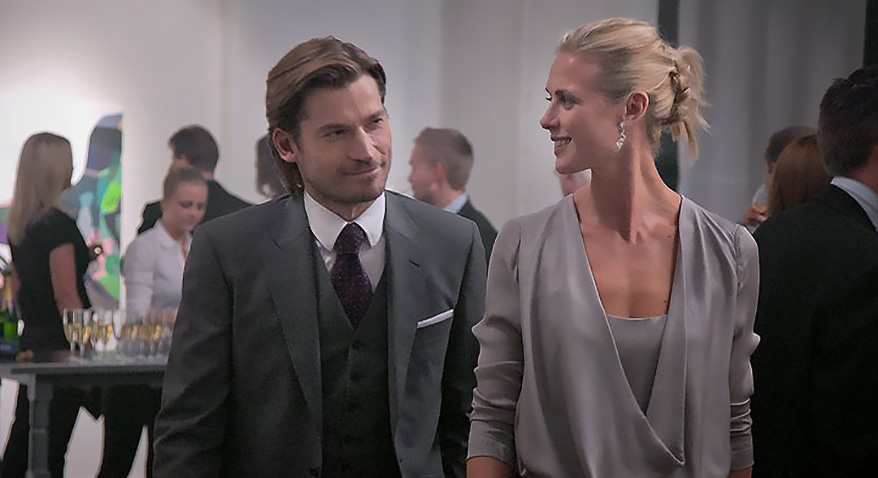 Everything is going according to plan until, after securing the painting, Brown calls Diana from Greve’s home and hears her mobile phone – ringing from Greve’s bedroom. From here on, what began as a heist movie turns into a tale of revenge and redemption. Brown starts off chasing Greve to fill the position and ends up being pursued in a dark, deadly battle of wits and cunning – Scandinavian style.

Aided by an excellent adaptation of Jo Nesbø’s novel

by Marianne Gray and Asle Vatn, Norwegian Director Morten Tyldum rolls out the action with immaculate pacing and mounting tension. Once the long chase sequence, which is the backbone of the film, starts to accelerate, it feeds on its own momentum, turning into a brilliantly orchestrated roller coaster ride.

(the first adult book outside of his best selling Harry Hole series) is a delight to read, Tyldum’s adaptation is arguably better. Not only are all the loose ends tied up more clearly and economically, but he uses the camera and strategic editing to bring out the novel’s latent black comedy. 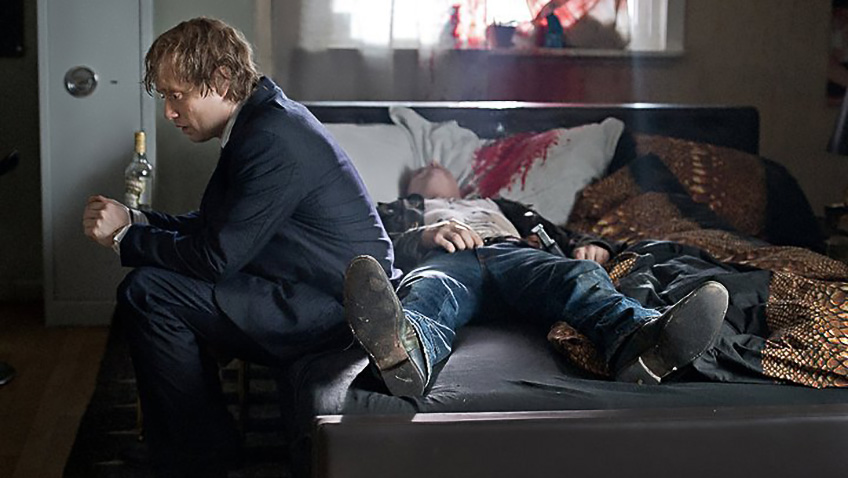 In a scene where a certain animal is glimpsed hanging off the end of a huge tractor, focusing on the animal might have been gruesome. Instead, Tyldum allows us to notice it incidentally, in the corner of the frame and against the mounting action of Brown’s escape. This careful combination of camera angle and editing gave rise to an unexpected burst of laughter in the audience. In another scene, Brown, who has been thrown on his back in a fight, remembers he has a gun tucked in his trousers and shoots his assailant through the front of his trousers. In split second timing, the camera cuts to show the attacker falling down on top of Brown, again allowing the audience to enjoy the almost slapstick black humour of the moment.

Underneath all this manic action is a serious point about the lengths people will go to overcompensate for perceived flaws in their appearance or character. In Brown’s case, his view of reality has led him to live a lie, failing to communicate honestly and misunderstanding the person he loves most in the world. Although you do not expect it, there is a traditional character arch in this admirably unpredictable story. Brown changes as a human being in a credible way as he overcomes the obstacles that he has, in part, unleashed. And for the audience, watching this transformation has seldom been as entertaining.