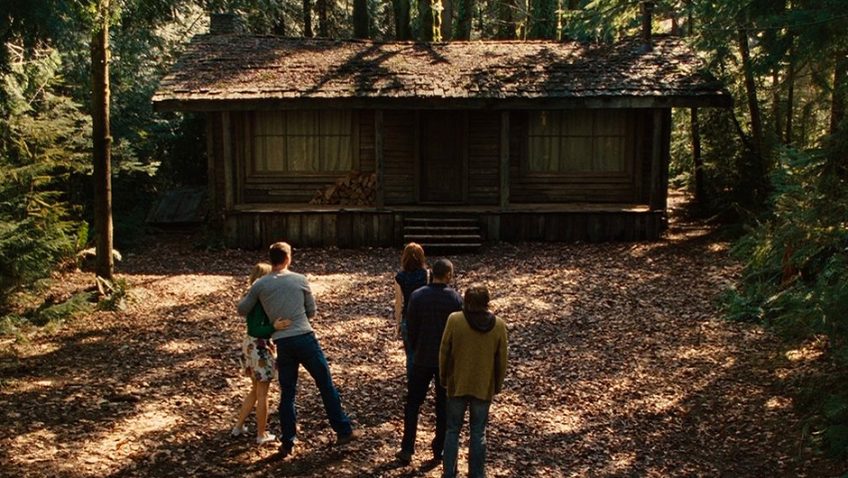 Starting back in the 1980s, American filmmakers flooded the market with a type of horror film known as the ‘slasher’. Such a film is characterised by the presence of a masked/hooded/deformed/semi-obscured psychopath hell-bent on murdering a group of typically young, and always irrational, co-eds in increasingly gruesome ways. Halloween, Friday the 13th, Prom Night, and A Nightmare on Elm Street are just a few of the better known titles. These were followed in the 1990s (with a few in the Noughties) by more of the same, including films like Scream (1996), which was a send up of the genre.

The Cabin in the Woods

both incorporates all the clichés and stupidity of the genre, and is arguably, a definitive critical response to it. This makes The Cabin in the Woods

a hard act to follow. Co-written and directed by the producer of the television hit series, Buffy the Vampire Slayer, Joss Whedon, and by producer/writer Drew Goddard (Buffy, Cloverfield, Lost), The Cabin in the Woods

must be the ultimate slasher send up.

If Buffy didn’t do it, with The Cabin in the Woods

, Whedon seems intent on killing off the genre once and for all.

It’s just a shame that the film is being released in the wake of the blockbuster, Hunger Games. Without wishing to give away too much of the plot, the film could have been entitled, Cabin Games. In both films teenagers are victimized by older people who control the world and don’t give the young a fair chance. That said, most of the target audience will not notice this common ground as everything else about the two films, including the budget, is very different.

Five diverse college teens, including the handsome Thor star Chris Hemsworth playing the ‘jock’, head for a secluded cabin for a dirty weekend. The cabin is, as are so many cabins, or their equivalents in the genre, creepy. It has a weird mirror, a scary painting, a haunted-looking basement and is secluded in a wood near a lake. Naturally, the kids shrug their shoulders because they’ve clearly never watched the horror movies targeted at just their demographic. 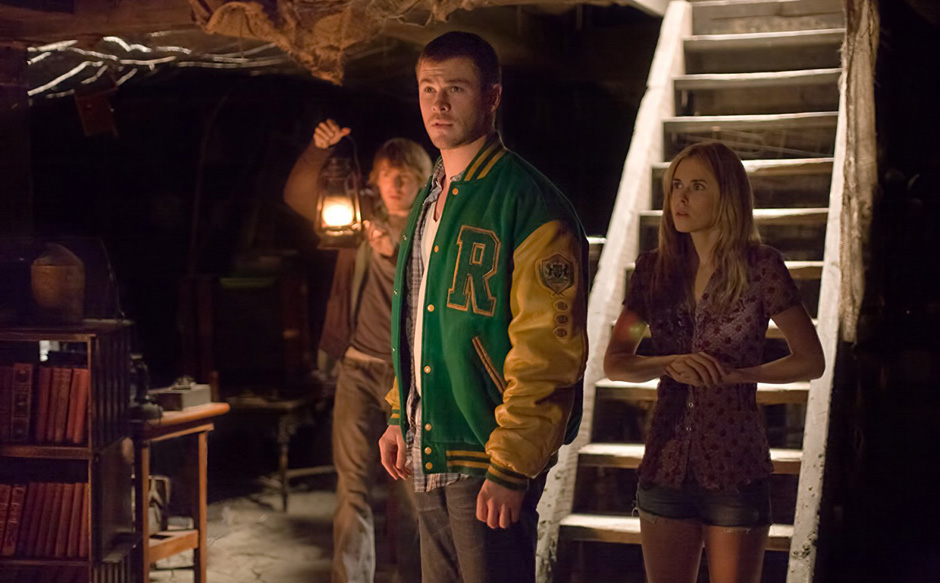 Anna Hutchison, Fran Kranz and Chris Hemsworth in The Cabin in the Woods

As Whedon lays on the atmosphere, he pays particular attention to the counter-intuitive, suicidal decisions the young people make, until everything about The Cabin in the Woods

becomes the silly cliché it is parodying.

What isn’t so familiar is the parallel horror film involving older people inside an equally clichéd, nondescript control room, slightly smaller than the one controlling the virtual environment and teenagers in The Hunger Games. Two middle-aged men, Sitterson (Richard Jenkins, The Visitor) and Hadley (Bradley Whitford from TV’s The West Wing) head a crew of technicians whose purpose is, at the outset, mysterious. In the end, the company’s 63-year-old Director (Signourey Weaver), makes an appearance as the bad-guy. Behind her corporate dress and weird religious mumbo-jumbo, she’s arguably as sick as any psychopath Wes Craven or John Carpenter could have come up with.