Home / LIFESTYLE / REVIEWS > / FILM REVIEWS / Intelligent acting, directing and so much to observe, you might find yourself mesmerized 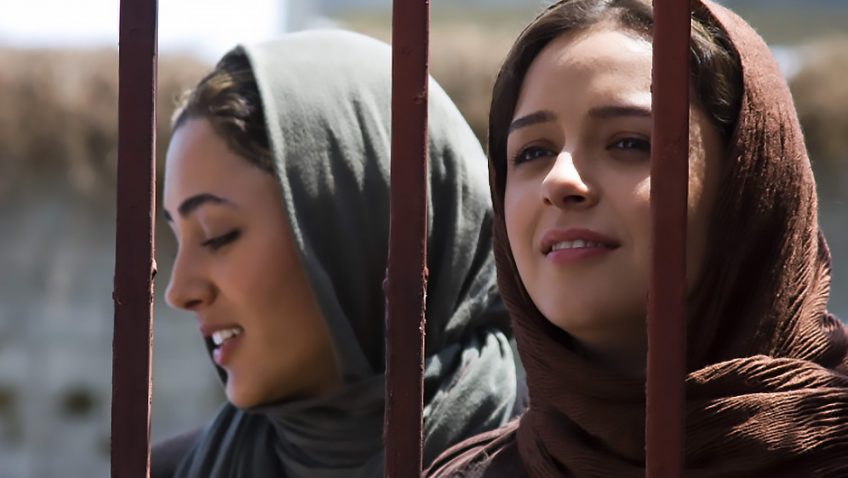 Intelligent acting, directing and so much to observe, you might find yourself mesmerized

, made before A Separation, but released in the wake of its Silver Bear award in Berlin, is about the clash between human nature and Islamic culture.

There are no courts of law or direct legal issues this time; just 3 married, middle-class couples, three children and two single adults, thrown together into a unity of time, place and action characteristic of a Greek tragedy. But what’s different is that the nature of the tragedy may well vary depending on the viewer’s point of view.

If Sepideh (Golshifteh Farahani) were a Jane Austen character, she’d be the eponymous Emma. If the novel had described Emma Woodhouse as ‘handsome, clever, and rich,’ Sepideh is handsome, clever, and middle-class. Both young women mean well, but are manipulative and devastated to find that their efforts in matchmaking backfire. Here the comparisons stop, however, as About Elly

is not a light-hearted comedy of manners, and has an element of mystery about it.

There is some foreshadowing early on when a group of 30-something university friends arrive at a Caspian Sea holiday resort and tension arises when Sepideh (Farahani) must sort out a problem with the reservation. Refusing to have their spirits dampened, the friends make the best of a semi-derelict, sparsely furnished villa, a few metres from the roaring waves. What’s one bathroom with a broken door between good friends?

The bathroom and the men’s clowning around might be a problem, however, for a shy female outsider. Without telling even her husband, Sepideh has persuaded Elly, (Taraneh Alidoosti), her young daughter’s unmarried school teacher, to come along. Even in conservative Iran that wouldn’t have been a disaster. But Sepideh also invited her handsome friend Ahmad (Shahab Hosseini). Ahmad is recently back from a disastrous marriage in Germany and looking for an Iranian wife. It gradually emerges that Sepideh’s manipulation doesn’t stop here. It seems that while Elly believes she is staying one night only, Sepideh has other ideas, and has hidden Elly’s overnight bag. 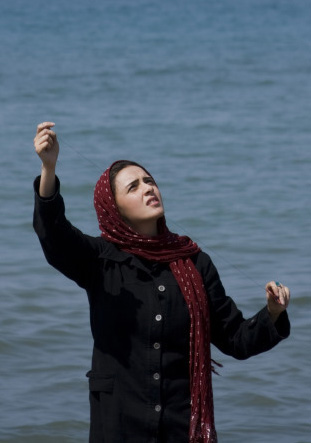 Taraneh Alidoosti in About Elly

And then, while minding the children on the beach, Elly disappears.

From the camaraderie and euphoria of a beach holiday among friends away from Tehran, to the tears, guilt, accusations and even physical violence that follow Elly’s disappearance, we are gripped in a maelstrom of emotion, ambiguity and intrigue. Farhadi not only directs this tide of shifting emotions as naturally as a river flows, but choreographs the physical movements of the ten characters so precisely that we have a good idea of what everyone is doing and feeling.

Cinematographer Hossein Jafarian, the sound team and Hayedeh Safiyari’s masterful editing make significant contributions to this process. The neglected villa starts to represent the increasingly precarious refuge of friends in a still familiar world. The sea beyond is the mysterious force that must be obeyed, but which no one understands. Nor can it be ignored through the symbolically broken windows. Long after you’ve left the cinema, the sound of the surf will be ringing in your ears.

In a Director’s statement Farhadi points out: “Cinema audiences have grown more mature and directors can no longer be content with force feeding them a set of preconceived ideas.” That is not a criticism that can be levelled at About Elly

. If the film has a shortcoming it could be that Farhadi has held back too much. This might be particularly the case for Western audiences.

Withholding one or two pieces of the puzzle is intrigue, but with too many variables floating up in the air like Elly’s kite, it’s hard to formulate any interpretation of the film. But as with Turkish Director Nuri Belge Ceylan’s Once Upon a Time in Anatolia, with such intelligent acting and directing, and so much to observe, you might find yourself mesmerized by the film’s very ambiguity. And like many of the best films, Farhadi’s fluid camera captures life’s ambivalence along with compelling images.