Home / LIFESTYLE / REVIEWS > / FILM REVIEWS / Could, and should, have been so much more 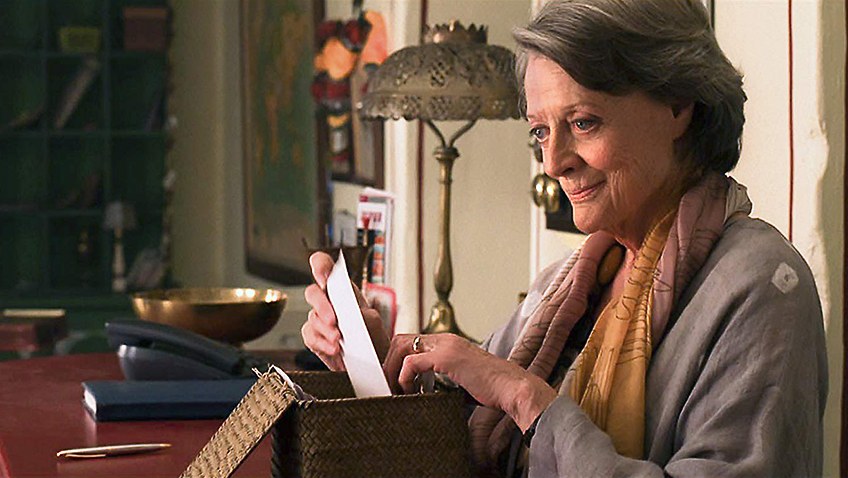 Could, and should, have been so much more

With its whimsical, but jovial and endearing title, John Madden’s (The Debt, Shakespeare in Love) new film, The Best Exotic Marigold Hotel

brings to mind that careful-not-to-offend television series, The No 1 Ladies’ Detective Agency, which turned Botswana into a sunny paradise where any trouble was quickly resolved by the moral rectitude of the community. The Best Exotic Marigold Hotel

is to be commended for challenging the stereotypes that would have all the over 60s loafing around with their feet up on Easy Street, and all males over 60 ditching their wives for younger models. A feel-good, crowd-pleaser for sure, but Madden’s film remains a missed opportunity for an insightful and hard-edged social satire about the retirement crisis.

The film opens on a promising note. In quick succession we learn the backgrounds of the seven retirees who are forced (or choose) to leave the UK and head for Jaipur, India. They have responded to an advertisement placed by the Marigold Hotel’s ambitious young hotelier, Sonny (Dev Patel). He inherited the hotel from his equally optimistic father, and has prematurely advertised the crumbling former palace as a luxury retirement home.

Recently widowed and technologically-challenged housewife Evelyn (Judi Dench) discovers her loving husband of 40 years has left her bankrupt with debts. Bachelor Norman (Ronald Pickup) and serial divorcée Madge (Celia Imrie) are looking for rich lovers. Douglas (Billy Nighy) and Jean (Penelope Wilton), a tenuously married and mismatched couple, lost their entire savings by investing in their daughter’s internet start-up. They realise that Douglas’s civil service pension will buy them no more than a tiny, alarmed flat in a sterile retirement community. Professional live-in housekeeper Muriel (Maggie Smith), whose forced retirement has left her alone and adrift, is a racist who plans to leave India after a fast-tracked hip operation.

The most unlikely member of the group is recently retired, supposedly reserved, High Court Judge Graham (Tom Wilkinson) who spent his childhood in India. As he wastes no time telling everyone he meets, Graham is a homosexual, who will not rest until he apologises to the childhood lover he abandoned when their romance was discovered. Why, though, would someone with Graham’s generous salary and pension settle for a filthy hotel with no phones? Surely he could afford to rent or buy a house or rent a suite in a better hotel? 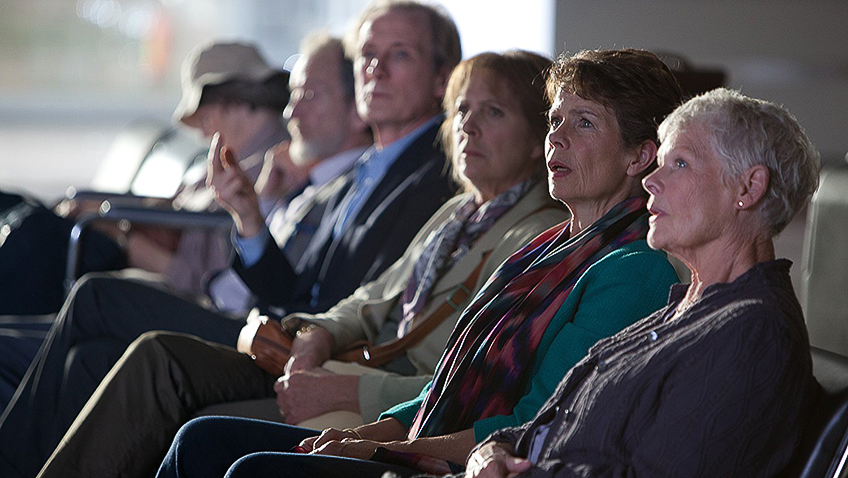 Once the group is in India, the film becomes a series of vignettes with more or less equal time devoted to each retiree’s life-enhancing adventures. A big mistake was devoting equal time to a spurious, predictable and clichéd romance between the clumsy Sonny and his pretty ‘modern’ girlfriend (Tina Desai). Note, too, that she works in a call centre, like Dev Patel’s character in Slumdog Millionaire.

Presumably this romance is needed so that older characters can fulfil their obligation to act as mentors. In this case, Evelyn can impart pearls of wisdom to the increasingly annoying Sonny. But the real reason could be that even films intended for older audiences require the obligatory youth market appeal.

Though shot on location in India, (Jaipur and the tiny village of Khempur in the Udaipur District) Madden’s film is primarily populated with familiar British actors playing an array of slightly undercooked characters whose lives undergo big changes once they hit Indian soil.

Cynical, loner, Muriel, whose dialogue consists of racist one-liners, transforms into an enthusiastic, one-woman United Nations. Evelyn not only lands her first job, but, though computer-illiterate in England, becomes a blogger. It’s a shame that script writer Ol Parker (Imagine Me and You, An Ideal Husband) couldn’t give her something intelligent to say. Her blogs are insufferable ‘old lady’ homilies and clichés, such as ‘The only real failure is the failure to try.’

The film disappoints in other respects by not having the courage of its initial convictions. Douglas and Jean’s daughter strikes it rich and so her parents will have an easy retirement after all; and playboy Norman settles down with a wealthy wife. And though it’s refreshing that there is a romance between a 60-something man and a 70s-something woman (guess who?), the actors portraying this couple are an odd and unconvincing match.

, which is based on Deborah Moggach’s novel, These Foolish Things

, is a light-weight comedy with an A-list cast of older British actors and a subject matter likely to be of interest to this demographic. In short, it has all the ingredients necessary to attract older audiences to the cinema. But the film could, and should, have been so much more.