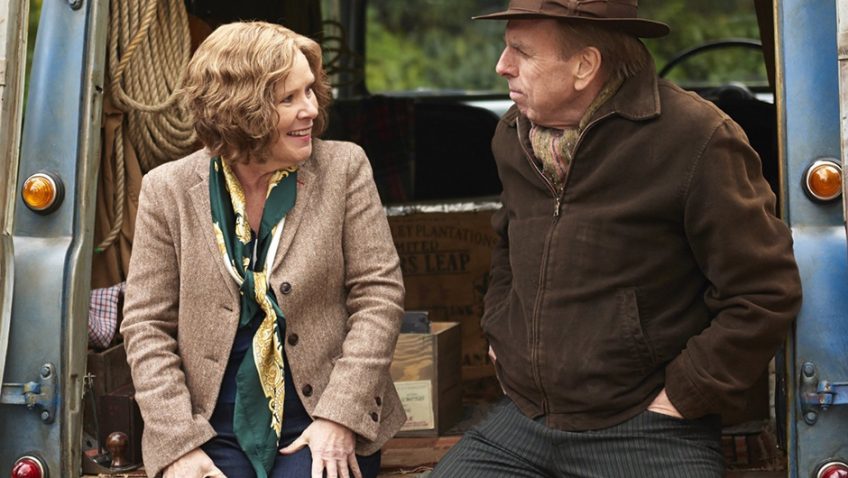 A Best of British over 60 cast grapple with romance, dreams, illness and clichés

In terms of seeing yourself represented on screen, in North America and Europe at least, the over-60s have never had more choice. As baby boomers flock to the cinema, older actors, directors and writers who have no desire to retire are continuing to work. Producers and film distributors are out to harness the power of this demographic confluence even if there is often a disconnect between the talent and the stories.

Clint Eastwood, 87, has just directed a film about three heroes in their twenties, and James Ivory, 89, just won a BAFTA for his screenplay about two men under 25 who fall in love in Italy. On the other hand, the immensely talented Sebastian Lelio, just 35, painted an astutely authentic portrait of the invisible over 50’s single woman in Gloria. In Radiator the compassionate 46-year-old British director/co-writer Tom Browne created a moving and rewarding story of elderly parents to rival Michael Haneke’s Amour.

Unfortunately, though, too many of the writers (and directors) of patronising, lame comedies such as Golden Years, Going in Style, Hampstead, The Last Word and The Time of their Lives are under 60, and need to rely on recycled clichés. They have an aversion to digging beneath the surface of sensitive issues or confronting the challenges of an older person making a living and paying bills. In The Intern for example, unlikely though it is, a septuagenarian lands a coveted internship in a young company. But nothing is at stake because the man is wealthy (aren’t all over 60’s well off?) and does not really need the job – he’s just bored. Still many of these by-the-numbers movies have no trouble finding a hungry cast in the rich stable of talented Anglo-American actors.

In Finding Your Feet

British director Richard Loncraine, who is 71, does an admirable job directing a Best of British cast who are clearly having a great time in one another’s company, off and on the set. There are some familiar situations that older viewers will identify with and there a fair number of genuinely funny lines (the best delivered by an underused Joanna Lumley. ‘I divorced my last husband,’ she tells the recently separated Sandra (Imelda Staunton) on religious grounds. He thought he was God – and I didn’t.’ Even some of the physical comedy and gags could bring a smile to a tolerant face and boredom never sets in.

But even Imelda Staunton, Timothy Spall, Celia Imrie, Joanna Lumley and David Hayman aren’t enough to grease the creaky script by 39-year-old Nick Moorcroft and co-producer Meg Leonard. Just what was there in Moorcroft’s dire script for grave robber black-comedy Burke & Hare or the crude, misjudged girl’s boarding school farce St Trinians that made Moorcroft the writer of choice for a story about two estranged sisters forced together in their 60s? 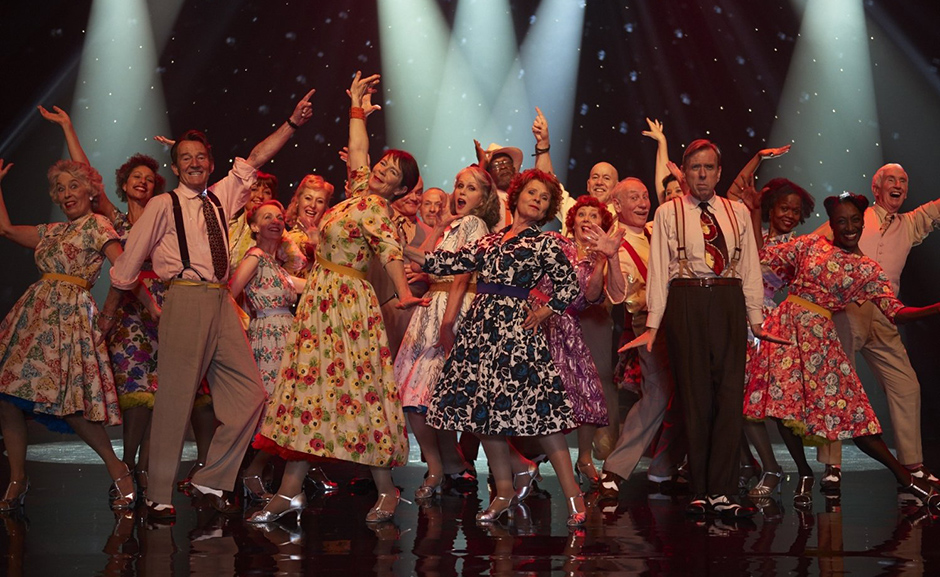 As in Loncraine’s bittersweet comedy about downsizing in New York, 5 Flights Up, 40 years of marriage is a convenient catalyst here, too. In 5 Flights Up the mixed race couple (Diane Keaton, who was to cross the pond in vain for Hampstead) and Morgan Freeman, (the man to call for oldie buddy movies like Last Vegas and Going in Style) decide to downsize after 40 happy years in their spectacular apartment.

In Finding Your Feet

there’s a big champagne reception going on in the sprawling, manicured villa in the commuter belt where Mike (John Sessions) and Sandra Abbott are toasting their 40 years of marriage and Mike’s recent knighthood. Sandra might have given up her childhood dreams and led a dull life, but she has bettered herself in terms of social status and financially through her marriage and now has the title. But on the day when Sandra becomes ‘Lady Abbot’ she discovers Mike in the cupboard kissing Sandra’s good friend Pamela (Josie Lawrence).

Rather curiously in the circumstances, Sandra does not kick Mike out of their mansion while dialling up a fancy divorce lawyer. She packs her bags and heads to her estranged sister Bif’s (Celia Imrie) impossibly cluttered council flat in Camden. Actually, it is not a curious move at all, as there would be no film had she acted predictably. We would lose the ‘fish-out-of-water’ comedy and all the class jokes that come from the clash between Sandra’s aloof mannerisms and haughty expectations and the down-to-earth, genuine social group of which Bif is so happily a part.

Unfortunately, there is no shortage of predictability about anything else in the film. If you see enough films aimed at the grey pound (as opposed to discerning film goers of all ages), you will recognise the dancing groups, the oldies-smoking-weed -as though that’s still supposed to be funny; the token over 60 dying of cancer (right after travelling to Rome and dancing all night); and the convenience of a wife in a nursing home with Alzheimer’s. No one seems to be working for a living, or worried about money, discussing politics or reading books and, like in the film Hampstead, there is a houseboat. Bif’s friend Charlie (Spall), a congenial, lonely man with a rusty van, has sold his home and ‘downsized’ to a huge house boat in the affluent Little Venice to pay for his wife’s expensive upmarket nursing home.

What is curious is that Charlie, who says that ‘I spent my whole life fixing things’ must have had quite a nice house to manage this feat and still be financially independent. And yet, he is portrayed as working class as opposed to Sandra, who is admonished by Bif (‘Get off your high horse and start treating people with some common manners!’) for treating him like a servant.

Much of the second half of the film is taken up with an all-expenses-paid trip to Rome that Bif’s dance group (which now includes Sandra, in touch with her dance-loving younger image) has won in exchange for giving one performance in Rome. Given the drab choreography and costumes and the amateur execution of the routine, this strains credibility even more than the prospect of one novice and one boatman crossing the English Channel to Paris on a houseboat.