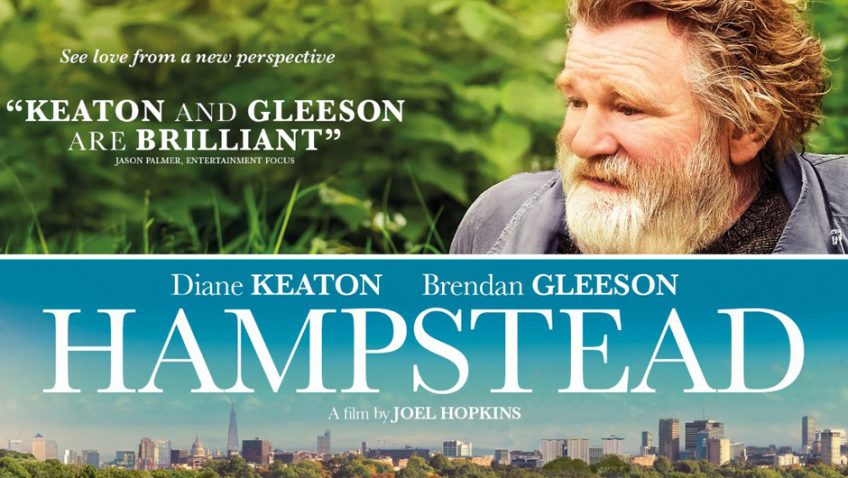 , starring Brendon Gleeson as Donald Homer, an Irish hermit squatting in a shack on Hampstead Heath; and Diane Keaton as Emily Walter, the asset rich, cash poor septuagenarian American divorcee who tames him, aims to be the new Notting Hill for the baby boomers. While the chalk and cheese millennium romance between Julia Roberts and Hugh Grant put Notting Hill on the tourist map, Hampstead

is unlikely to have the same effect for the already illustrious North London enclave. For one thing, who on earth would risk bumping into someone as exasperating as Emily or as frightening as her Stepford neighbours?

There are two quirks in the British property system: The first is leasehold and the second, far less nefarious, is adverse possession or ‘squatters’ rights.’ The true story behind the film is not about romance or rags-to-riches. It is an inspirational David and Goliath property law trial that takes place off screen.

In real life, plans were underway for Dwyer International to build luxury flats on the edge of Hampstead Heath, but Harry the Hermit, as he was known, was squatting on a bit of woodland that the developers needed to provide ‘planning gain’, a kind of legalised bribe in exchange for planning permission. When Dwyer attempted to evict Harry (Donald Homer in the film) from his 12ft x 8ft ramshackle shack, he did not go gently, or at all. Because Harry could show that he had been living unobstructed on the land for over 12 years, he was awarded the title deed. The estimated value of the land with planning permission (which it did not have) was £2 million.

In real life Harry, who died last year still living by himself in his shack, just wanted to live in the hut. He did odd jobs for neighbours for pocket money and, without electricity, gas or water bills, could live cheaply. In an online interview he simply stated, ‘”Do I look like the type that would sell up and go jetting all over the world?

Well, the producers, and writer Robert Festinger apparently thought he did, especially if transformed into Brendan Gleeson’s big cuddly bear Donald Homer. We do not see Harry jetting all over the world, but we do see him trading in a Spartan existence for a bourgeois life in a million pound riverside cottage with Emily.

The story has, in this manner, been usurped by the least interesting woman in the NW3: Emily Walters. She screams at her cad of a husband Charles, safely buried near Karl Marx in Highgate Cemetery; volunteers at a charity shop where no one ever buys anything; has lunch with her son (James Norton) who lectures her on money, and then helps out with the Save the Shack poster campaign.

Emily meets the shack’s inhabitant, Donald, when her phone rings in the cemetery and disturbs him. After the film establishes that the two are incompatible, Emily sees through her binoculars that Donald has posted a dinner invitation on his door. That’s Donald’s way of acknowledging that he knows she is spying on him. They catch a fish in a pond, but if Keaton is still in Annie Hall mode, this is a far cry from the lobster scene. 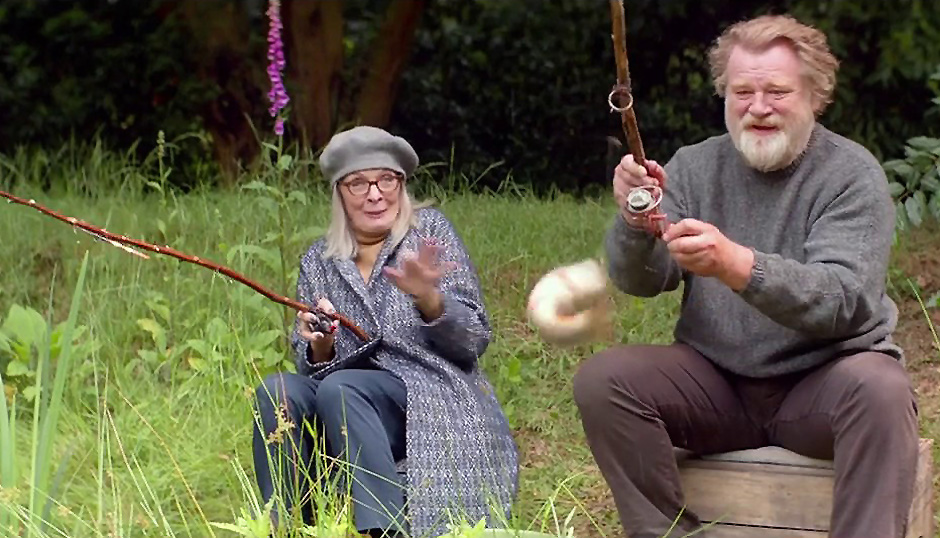 Since there needs to be some conflict or tension in the film, and the off-screen trial cannot supply it, the film introduces us early on to Fiona (Leslie Manville), the busybody head of the tenants’ group in Emily’s upscale flat. Fiona disapproves of Emily being single and of her penchant for lost liberal causes. Fiona’s husband is a property developer which might explain why Fiona goes around pulling down the Save the Shack posters.

Worse, Fiona wants to see Emily married, and fixes her up with James (Jason Watkins) a successful, but particularly self-absorbed and obnoxious management accountant twenty years her junior. He’s right up there with Adam Sandler’s Little Nicky as one of the most annoying characters in any film. The match is so unpropitious that you wouldn’t expect to see James again, but you’d be wrong. Despite the age difference; the fact that Emily has no money to invest and that the two having nothing in common, he pursues her like a Rottweiler.

James infatuation is clearly meant to be funny. Alas, it is no funnier than a completely bonkers scene in which the neighbours hold a birthday party for Emily in her own flat – without telling her! Who does that? Moreover, when Donald shows up for a pre-arranged dinner with Emily, the crowd is stunned as though they might need tetanus shots. Inexplicably, Emily hums and haws apologetically until Donald, quite rightly, storms out.

Director Joel Hopkins is best known for Last Chance Harvey another film hoping to cash in on the grey pound in the USA and the UK. In that film, a divorced 60-something composer at risk of losing his job decides to attend his estranged daughter’s wedding in England. There, he befriends a lonely but wise ‘spinster’. The convincing performances from Dustin Hoffman and Emma Thompson combined with an emotionally credible script, made ‘Harvey’ an enjoyable enough romantic comedy about finding love at fifty (or sixty). Hampstead

has none of that film’s charm.

The film pits stop-and-smell-the-roses Emily and back-to-basics Donald against the prejudiced world of Hampstead’s conservative snobs. Yet Emily does not like roughing it anymore than Fiona would and won’t give up her creature comforts. An evening or two in summer with a glass of wine isn’t so bad, but living in Donald’s shack permanently is one compromise too far. Emily, we must believe, is in love again, but she wants her hermit to do all the changing. Donald, you can’t help feeling, would be better off in Notting Hill.