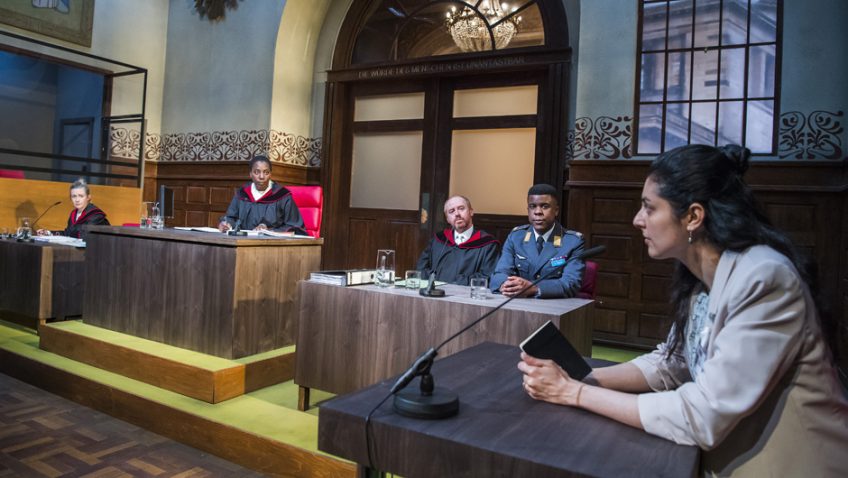 Ferdinand von Schirach’s Terror opened in Berlin in 2015 and has been seen by more than 310,000 people in seven countries on stage and on TV.

Nobody seeing Sean Holmes’s production will be surprised to learn that the German playwright is a lawyer. 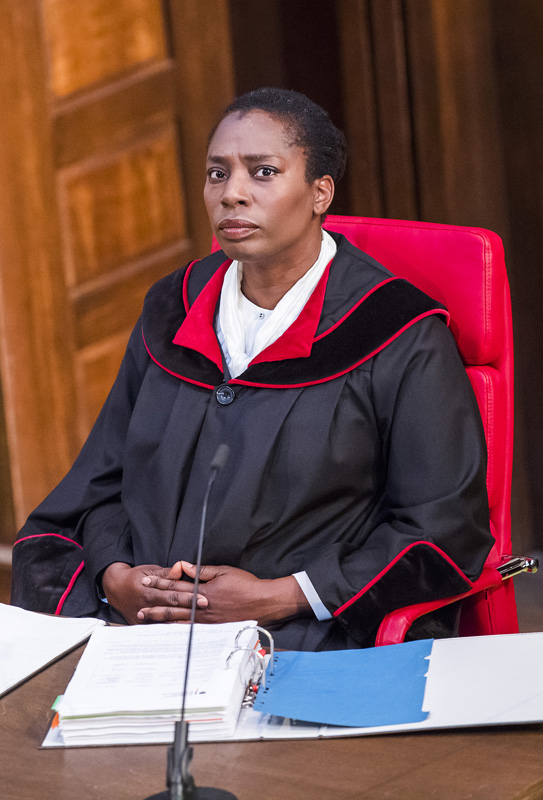 How should we react to terrorism? It is no longer just a legal question. It’s an ethical moral decision.

Terror is not your usual TV courtroom drama. There is no artificial tension. There are no last minute surprises. Histrionics are eschewed. The last thing you want is actors acting.

It is not really a play. There are just facts. Terror is aimed at non-theatregoers.

In Holmes’s production the judge is female and black. The Counsels for Prosecution and Defence and the two witnesses are white. The person on trial, an air force pilot, is black. But the cast could be any sex and any colour.

The audience is the jury.

A high-jacked a civil commercial plane is heading towards a packed football stadium. Ignoring orders to the contrary, a fighter pilot shots the jet down, killing 164 passengers

By so doing he saved 70,000 lives. But has he the right to choose who lives and who dies? Are the lives of 70,000 people more valuable than the lives of 164 people? Lives cannot be measured by numbers

The pilot knew what he was doing. Faced with an impossible choice, he was in a no-win situation. He chose the lesser evil and was immediately arrested

So is he a hero or a murderer? Is he guilty or not guilty?

The pilot disobeyed orders. The Law says he is guilty. But by doing wrong, he made the right moral judgement.

The audience is asked to vote.

I do not think there can be any doubt as to how audiences will vote; though, having said that, audiences in Japan found the pilot guilty.