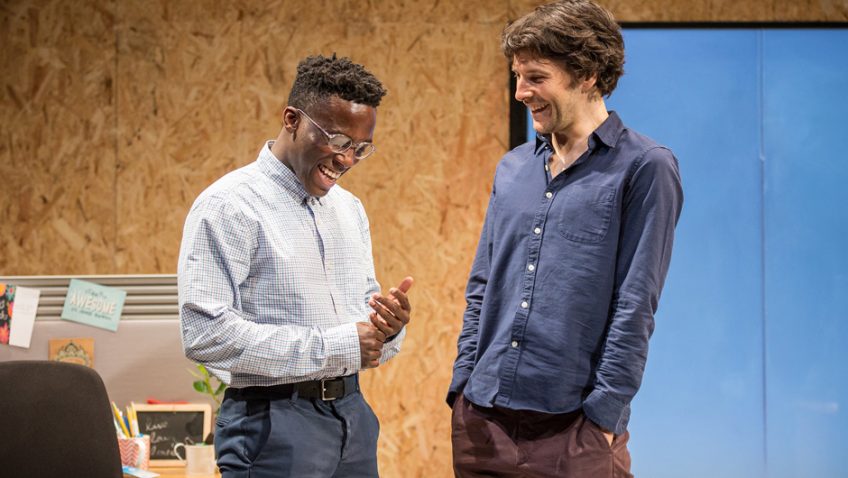 American playwright Branden Jacobs-Jenkins, author of A Octoroon, which is at Orange Tree Theatre, Richmond, now, has a second play on in London.

Michael Longhurst’s production opens with a blast from Bach’s Gloria.

The first act is set in the offices of a notorious Manhattan magazine and is a satire on office politics: twenty-something editorial assistants, dogsbodies, are fast approaching thirty-something and have nothing to show for it. 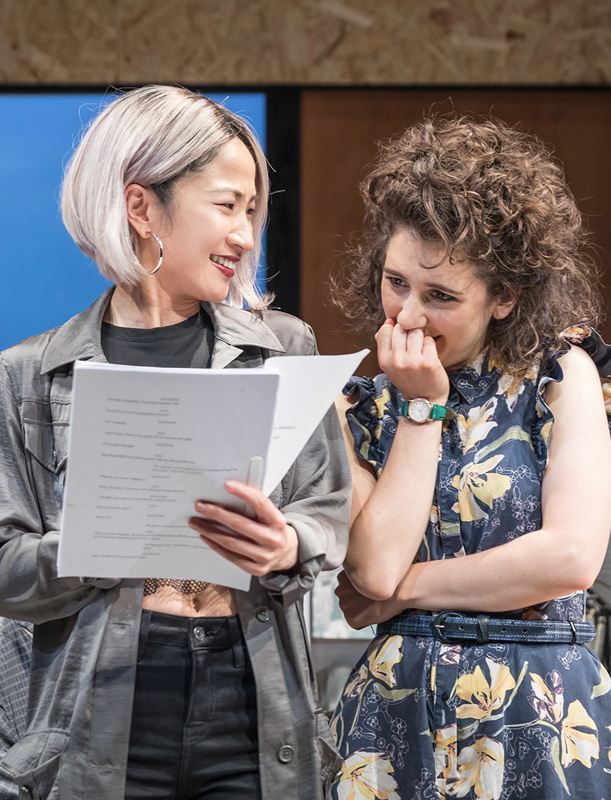 Branden Jacobs-Jenkins was assistant/associate editor of the New Yorker magazine for three years.

One of the staff, a Chinese young woman, is really off-putting; and the more she talks on one grating note, the more you want to shut her up; and even more so since it is often difficult to understand what she is actually saying.

Gloria is the office freak, a sullen woman. She throws a party and it is a humiliating disaster. Only on colleague went. Her reaction is such that the magazine instead of publishing news becomes front page news itself

The public is always hungry for eye-witness accounts of morbid events. There are financial rewards, too, in being either a victim or a survivor.

Publishers are keen to publish such accounts and line up a film and a Hollywood star to play the lead role.

Gloria is about retrieving the trauma and processing the experience.

The best act is the second act when two colleagues (Colin Morgan and Kae Alexander) have a spat in a cafe. They are both writing about what happened and each is concerned about what the other will say about them.

And then there is a third colleague who decides to write her memoir of the event. Who will tell the story best? Who will get it right? Who cares if it is accurate? Disasters are money-earners.