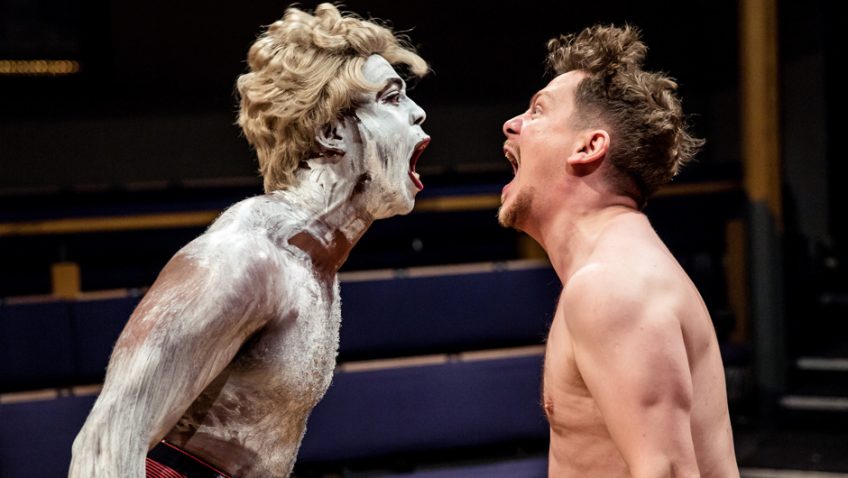 Branden Jacobs-Jenkins’s An Octoroon is an adaptation of Dion Boucicault’s anti-slavery melodrama, The Octoroon or Life in Louisiana, which was written before the American Civil War, and which premiered successfully in 1859 in New York.

It did not repeat its success in London the following year even after Boucicault had changed the unhappy ending to appease the public. 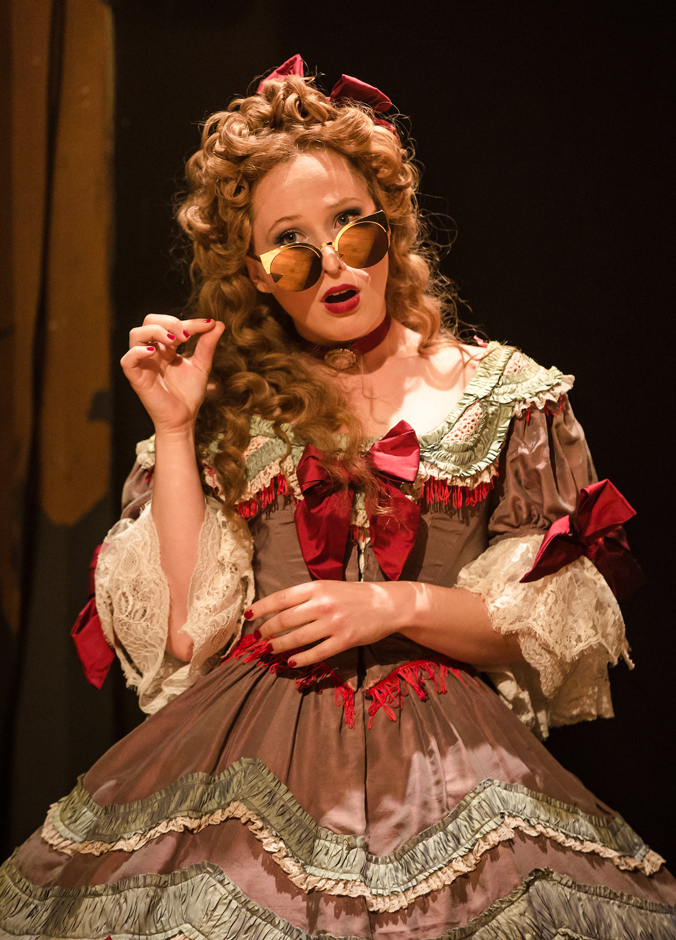 Celeste Dodwell in An Octoroon

A plantation owner in financial straits has to sell his land and auction off his slaves. He falls in love with a girl of mixed race, an octoroon, who is also fancied by the villain. An octoroon has one eighth Negro blood.

Actor-playwright Boucicault (1822-1890) was one of the most prolific writers of his day, the author, adaptor and translator of some 200 works. His most famous plays – The Streets of London, The Colleen Bawn and The Shaughraun – are masterpieces of melodrama and deserve more revivals than they get.

“I can spit out these rough-and-tumble dramas as a hen lays eggs,” he boasted. But to play him for easy laughs, as some productions have been known to do, does him a gross disservice.

Boucicault is the high priest of sensationalism. “Sensation,” he said, “is what the public wants and you cannot give them too much of it.”

The Octoroon has three “sensational scenes”: a murder caught on camera, a public slave sale and the burning of a Mississippi steamboat.

Having never seen The Octoroon I should have preferred to have see Boucicault’s melodrama performed on a large scale rather than Jacobs-Jenkins’s critical concoction.

The opening scene has the black actor talking to his psychiatrist. Ken Nwosu plays both roles. He then goes on to play the hero and the villain in Boucicault’s play and they are often on stage at the same time. The actor even has a fight with himself. Nwosu’s performance is highly accomplished.

Celeste Dodwell plays a vile, snobbish southern belle for farce and the company’s inability, though lack of numbers and resources, to do the ‘sensational scenes” properly is turned into a joke.

The Octoroon has a memorable ironic scene, which is, oddly, left out in Jacob-Jenkins’ adaptation. It comes during the slave sale when an old Negro starts boasting about his qualities in order to fetch a higher price.