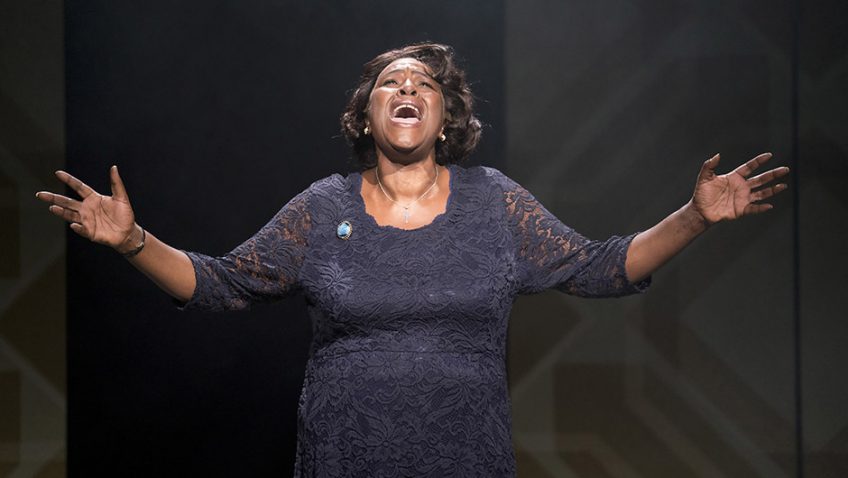 A terrific performance by Sharon D. Clarke in Caroline, or Change

Caroline, or Change is an adult musical for adult audiences. The subject matter is Civil Rights and race relations between African-American and American Jews.

The book and lyrics are by Tony Kushner, author of Angels in America.

The action takes place in 1963, the year of President Kennedy’s assassination and the rise of the Civil Rights Movement, which he had endorsed, and which climaxed with 2000,000 marching on Washington. 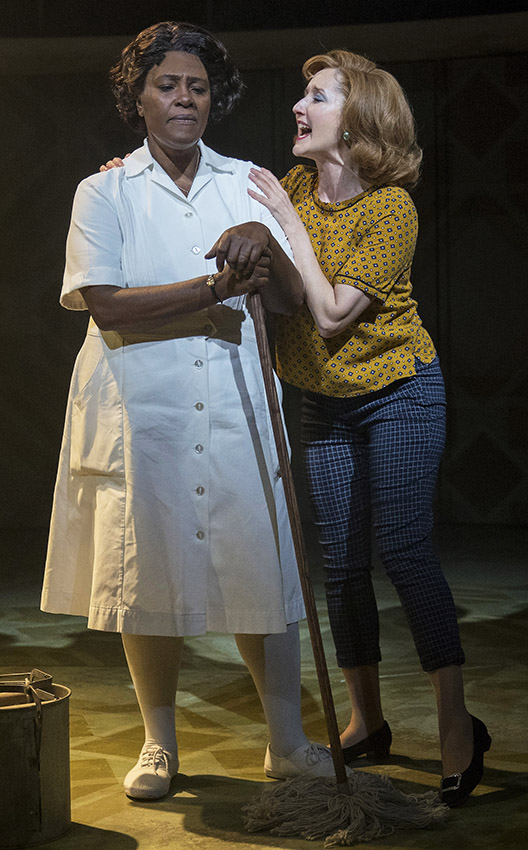 Sharon D. Clarke and Lauren Ward in Caroline, or Change

Jeanine Tesori’s melodious score embraces a wide range of idioms and the show is entirely sung-through.

Caroline (Sharon D. Clarke, superb), a black woman, a single mother, works for a middle-class Jewish family in Louisiana. She spends most of her working day in the basement and earns a pittance.

Caroline becomes surrogate mother to her boss’s 8-year-old son whose mother died of cancer and whose father is never around. The boy’s step-mother (Lauren Ward, very funny) fed up with the way he constantly leaves coins in his laundry, tells Caroline that she can have any money she finds in his pockets.

The boy (Charlie Gallagher, excellent) starts to leave coins deliberately in his clothes. One day by mistake he leaves a 20 dollar bill and there is an almighty row between him and Caroline, when she says she is going to keep it, and which ends with them screaming racial and religious abuse at each other.

Caroline doesn’t want to be a radical like her spirited activist daughter (Abiona Omonua). It’s too late for her to change. Her final solo is so powerful and so movingly sung that Sharon D. Clarke had the audience raring to clap before she had finished.

Caroline’s workplace has a life of its own and the humanised washing-machine (Me’sha Bryan, very bubbly), the humanised spin-drier (Ako Mitchell, very sexy) and the humanised radio (T’Shan Williams, Sharon Rose, Carole Stennett paying homage to the Supremes) provide a witty running commentary.

The production, which is so well directed by Michael Longhurst, was first seen at Chichester Festival Theatre last year. Hopefully, now, its successful revival at Hampstead will lead to a West End transfer.