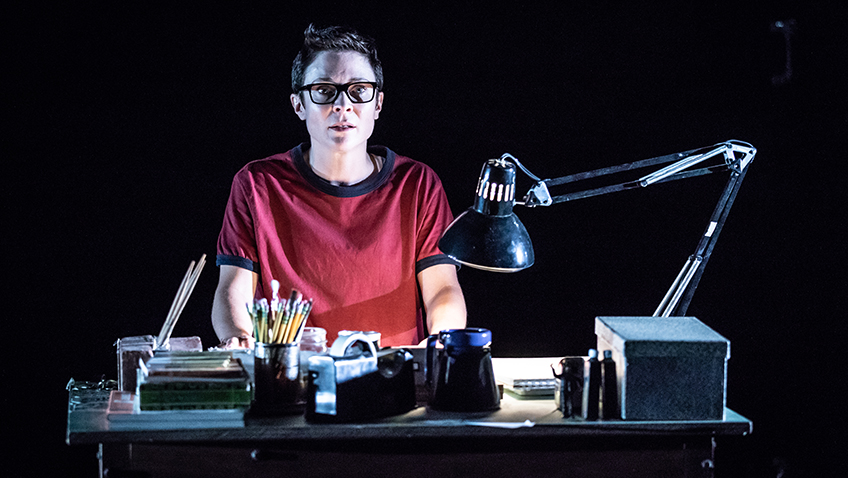 Alison Bechdel’s graphic novel is turned into a musical

Alison Bechdel described her graphic novel memoir as a Family Tragicomic. It is about a young woman coming to terms with her sexuality and her father’s sexuality.

It had a popular and critical success on publication in 2006, winning many awards.

But universities in Utah and South Carolina and a library in Missouri wanted to take it off their shelves. There were students who objected to reading the book on moral and religious grounds. 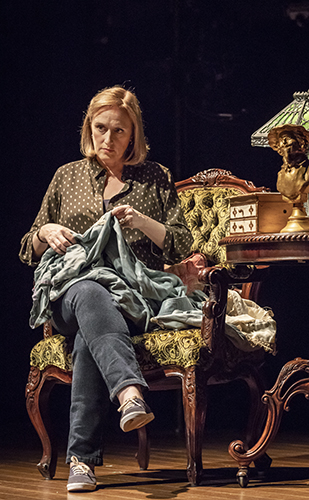 Fun Home has been turned into a musical by Jeanine Tesori, who wrote Caroline, Or Change. The non-linear and recursive book and clever lyrics are by Lisa Kron.

This gentle, warm-hearted, tuneful show premiered in New York in 2013 and won 5 Tony Awards including Best Musical. It arrives in London, directed again by Sam Gold but this time with a British cast.

A 43-year-old lesbian cartoonist, living in a small town in Pennsylvania, remembers, often with embarrassment, what she was like when she was a young child and when she was a student at university.

She was particularly close to her father who was a teacher, a funeral director and a house restorer. They had a complex relationship.

At the very moment she takes the courage to come out as a lesbian to her parents she discovers her dad is a closet gay. A question is raised: Did her coming out trigger his suicide or was his death an accident?

Kaisa Hammarlund is the cartoonist. Harriet Turnbull is the tomboy child. Eleanor Kane is the gawky student in love. Radiating happiness, her mind blown, she sings a song in which she declares her thesis from now on is going to be on her lover.

Zubin Varla is her tormented dad, who is caught importuning and sent to a psychiatrist. Jenna Russell is her unhappy mum who regrets being married to a gay and having a lesbian for a daughter, a double whammy. She has a nice song right at the end.

There is a show-stopping number when three children leap out of a coffin to do a song and dance, a Jackson 5 parody.