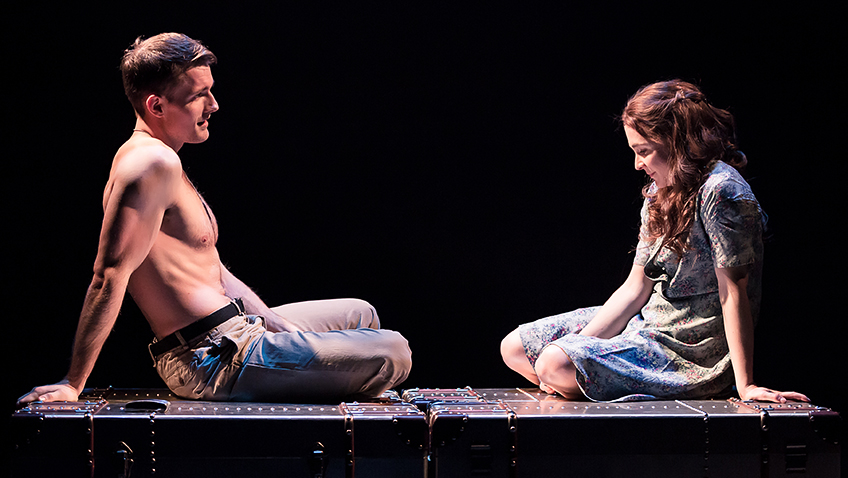 Kasa Hammarlund gives a feisty performance in an American musical

Violet, a one-act American musical, won two awards for Best Musical when it was staged Off-Broadway in 1997.

The music is by Jeanine Tesori and includes country, bluegrass, rock, blues and gospel. The score is very tuneful.

Tesori is best known to British theatregoers for Caroline, or Change which is still running in the West End at The Playhouse. 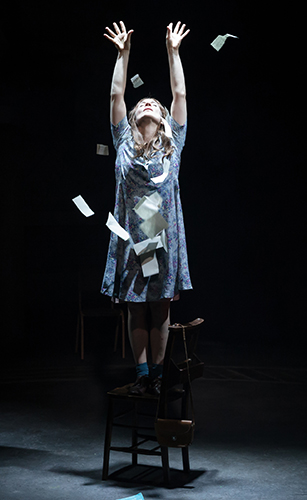 The book and lyrics are by Brian Crowley and based on a short story by Doris Betts called The Ugliest Pilgrim. The sound is overloud, making it difficult to hear the words of the lyrics.

The present production, its London premiere, is a joint effort between Thom Southerland, artistic director of Charing Cross Theatre and Umeda Arts Theatre in Osaka, Japan.

The production is by Shuntaro Fujita. The theatre has been refigured and the musical, now revised and acted without interval, is performed in 100 minutes in-the-round. The performance can be overpowering at times.

In 1964 Violet (Kaisa Hammarlund), a naive but feisty 18-year-old farm girl, makes a pilgrimage by Greyhound bus from Spruce Pine, a small town in North Carolina, to Tulsa in Oklahoma.

On the way there are stops at Nashville, Memphis and Fort Smith.

Violet hopes that a famed televangelist, who is based in Tulsa, will be able to heal her. During the journey there are flashbacks to her childhood with her single dad and her harsh and unforgiving accusations.

When she was a child she had a terrible accident with an axe which was being yielded by her dad, who was chopping wood. She was left with a terrible ugly scar on her face.

She feels nobody will ever love her. She dreams of a miracle, putting her trust in God and a charlatan preacher (Kenneth Avery-Clark).

Violet meets two young GIs, a white corporal (Matthew Harvey) and a black sergeant (Jay Marsh). Both take a fancy to her. The final scene is sentimental and seems highly unlikely in the segregated South in 1964.

Hammarlund gives a feisty performance; interestingly, there is no visible blemish on her face.