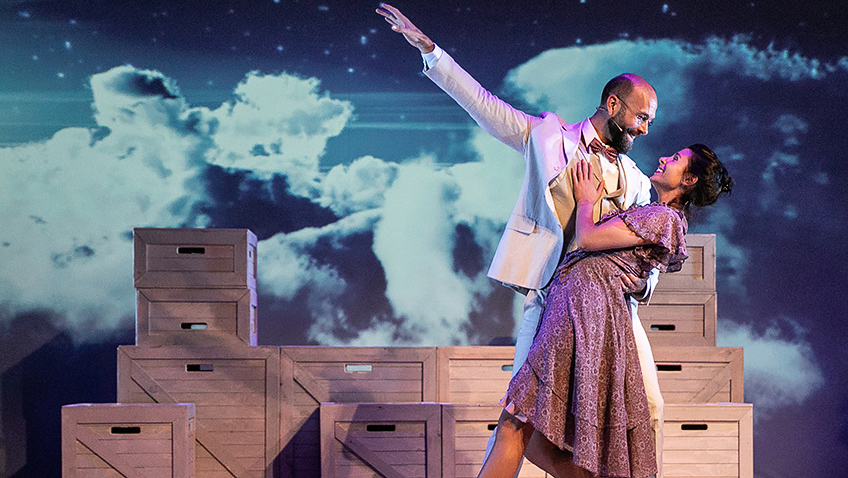 It Happened in Key West is a bizarre and surreal American musical based on a true story.

Count Carl Von Cosel (1877-1952), a German immigrant, was a radiologist working in a hospital in Key West, an island in the Straits of Florida.

In the 1930’s, he fell in love with a patient, a married woman, who had tuberculosis and died.

Wade McCollum in It Happened in Key West

Carl was so obsessed that he stole her corpse from the mausoleum where she was buried and preserved her body with wax, wires and perfume.

He lived and slept with the dead woman for a period of seven years – until the police caught up with him and he was put on trial.

This macabre story conjures up memories of classical myths, such as Pygmalion and Galatia, Orpheus and Eurydice, or, much more recently, Dr Frankenstein and his Creature.

Will the approach to the horror be in the F.W. Murnau, James Whale and Tod Browning tradition or will it be something more poetic in the manner of Jean Cocteau and Tim Burton?

The title suggests it will be nearer to a screwball comedy in the manner of Frank Capra’s It Happened One Night.

The three writers inform us in the programme that the musical “in its current form is the culmination of seven years hard work, dedication and, most importantly, artistic collaboration.”

Also in the programme, there are quotes from Plato, Gandhi, and the Bible, Corinthians Chapter 13, Verse 7, no less.

But the funniest quote of all is by the author themselves: “So please, sit back, relax, and enjoy this zany romantic comedy the likes of which the world has never seen before!

The major weaknesses are the script, the repetitive lyrics, the direction and the choreography by Marc Robin and the design by Jamie Roderick.

The production’s one plus is Wade McCollum who has a fine voice and is cast as the eccentric and love obsessed Carl.