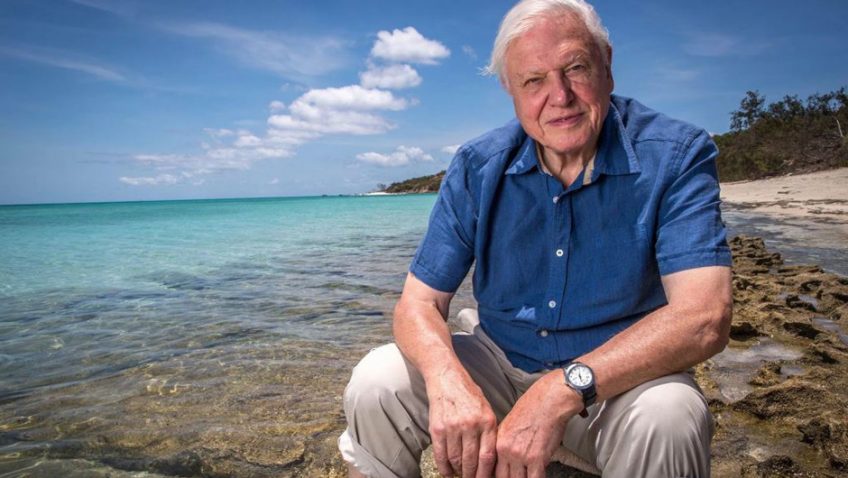 Sir David Attenborough: And now for something completely different

At 91 years of age, Sir David Attenborough shows no signs of slowing down.

For a man who doesn’t consider himself an animal lover – he decries “the sentiment; a cloying, anthropomorphising sentiment. I don’t love earth worms or spiders” – his enthusiasm for the natural world and the wonders it bestows, remains undimmed. 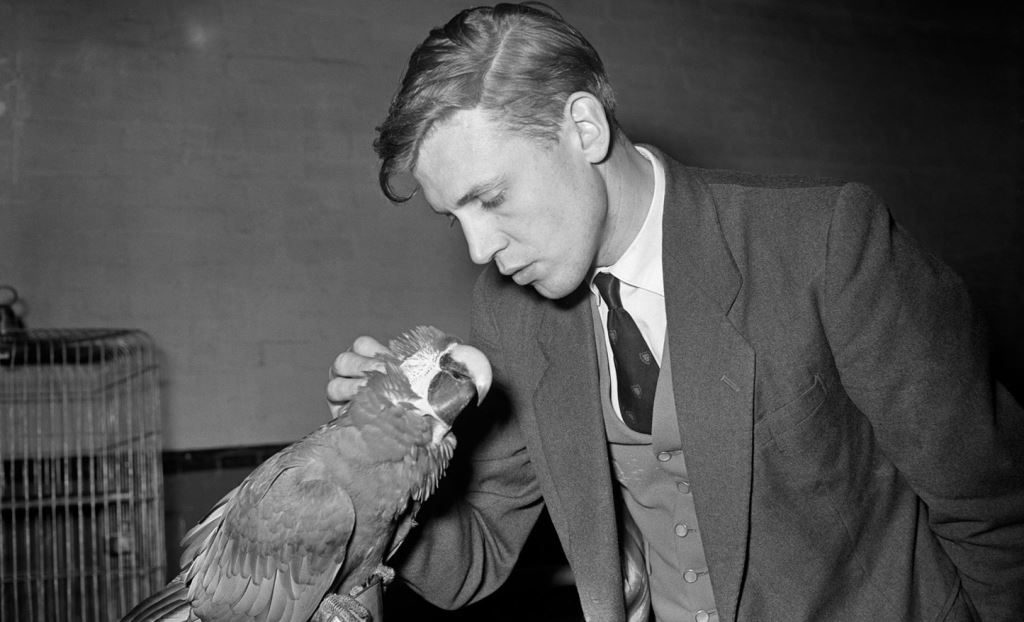 His career spans the gamut of advances in broadcasting. From the wireless through to 4K; his legacy is assured as the man who brought nature into our living rooms, familiar to millions and with programmes which remain as popular as ever. He did more to raise awareness of conservation issues than any other broadcaster or books ever could.

Not only has he made programmes for the BBC, he commissioned them as well whilst a member of the BBC’s hierarchy. One of his decisions was to televise snooker in 1966, which led to an increase in the sport’s popularity during the 1970s and 1980s, making household names of players from Ray Reardon through to Jimmy White.

Such is his influence that more than ten species of plants and creatures are named after him; from shrimp to wildflowers; even the ‘Materpiscis attenboroughi’ fossil fish, long extinct was crowned in his honour.

He is frequently asked his favourite animals. His least are rats but reincarnated, Attenborough would be a sloth, he declared during a Twitter Q&A last year. Surprisingly it was not a cheetah, one of whom he befriended during what is an iconic moment in television.

The cheetah featured frequently in his programmes; he was clearly fascinated by their speed and hunting capabilities. Earlier in June, research from Betway Sports called “Animal Kingdom Cup” suggested that in a race the cheetah was a sprinter rather than a distance runner which, while quicker than any other land animal, leaves it at a disadvantage at distances heading toward half-a-kilometre.

Sir David might disagree and who are we to argue with a living legend and a man who holds a record 32 honorary degrees.

He has never been shy in expressing his views on the environment and conservation; George W. Bush, he famously declared, was the top “environmental villain” of the age. Donald Trump is held in the same contempt although his light-hearted suggestion that “we could shoot him” was met with death threats from the President’s supporters, who had a humour bypass. Again.

Sir David is no stranger to comedy. In his role as Controller of BBC Two, the Isleworth-born broadcaster commissioned the first series of Monty Python’s Flying Circus in 1969. Pairing Attenborough with the Pythons is not so strange. They were Oxbridge graduates and he spent his formative years living on campus at University College, Leicester, where his father was principal, before going on to Cambridge himself. He understood academia and academics; he was of their world. 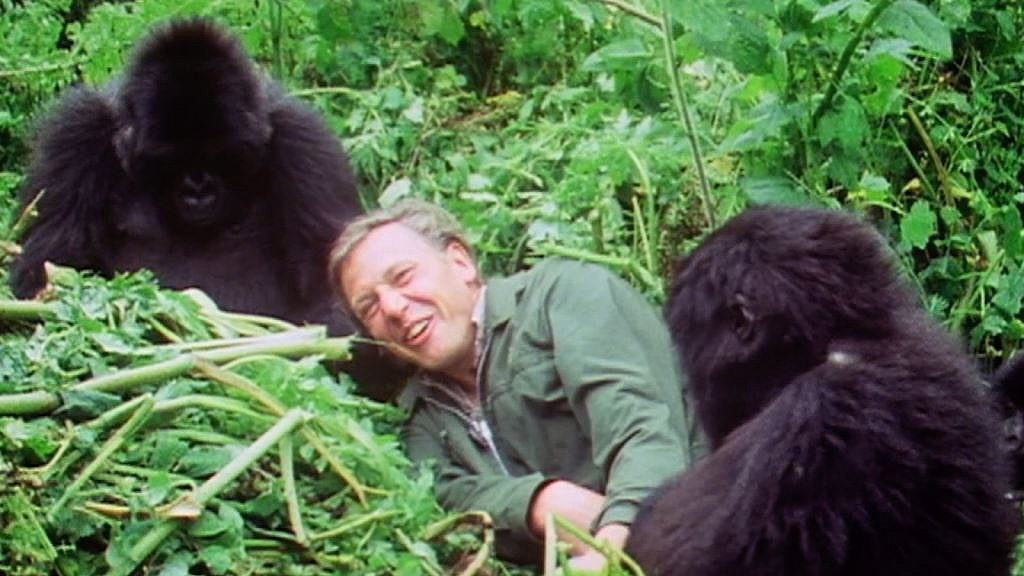 His siblings were equally talented in their fields. The late cinematographer Sir Richard and John, who was a successful executive in the motor industry, including a spell with Alfa Romeo. Never underestimate the Attenborough’s; certainly not Sir David. This is a man who stared down a Rwandan Mountain Gorilla.

The gorillas provided him with the platform for another of his fabulous monologues. Seated close to a band of the magnificent apes, he observed, “There is more meaning and mutual understanding in exchanging a glance with a gorilla than any other animal I know.”.

Surprisingly, he didn’t include them in the ten animals he chose to take into ‘Attenborough’s Ark”. For a man so widely travelled, it must have been a difficult choice; Attenborough has covered more than 256,000 miles, the equivalent of circumnavigating the globe more than ten times.

With those distances come problems, the worst of which was being dumped on top of Mount Roraima by a panic-stricken helicopter pilot with just one tent between eight crew after cargo drops went horribly wrong. But given he willingly let himself be attacked by soldier ants and is the oldest man to set foot on the North Pole, a little climbing and abseiling in a rainforest is a trifling affair. 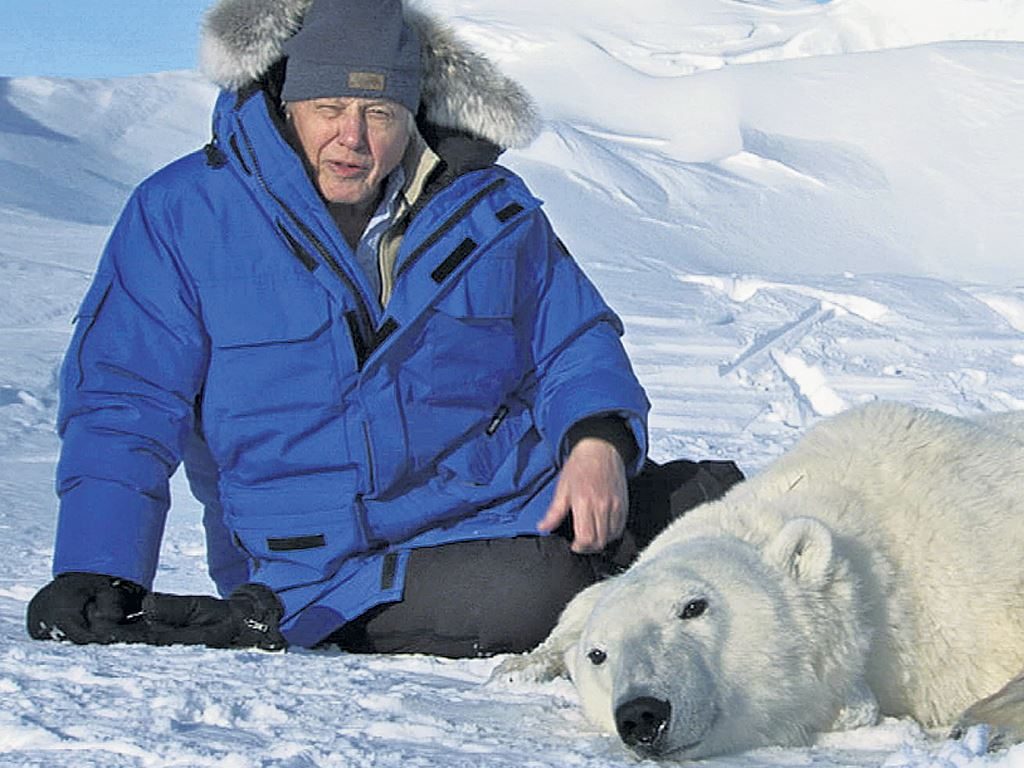 Yet his favourite place is central Europe. As he puts it, he knows it the least and he can “still get a decent bottle of cheap wine.” None of us will argue with those reasons!

In an age where television presenters are obsessed with celebrity and the pursuit of celebrity, it is marvellous that we still have someone like Sir David – a man who didn’t own a television set when he first joined the BBC in 1952 – to admire. His truly has been a life less ordinary.