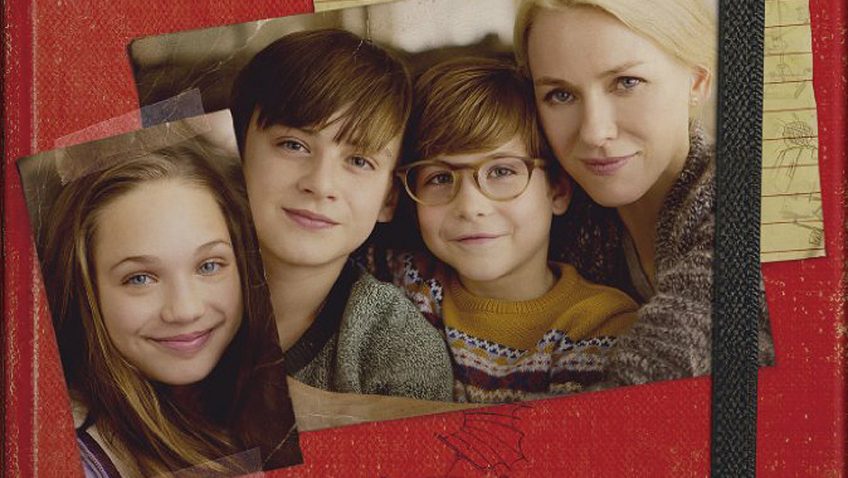 This book is better left closed

Joyce Glasser reviews The Book of Henry (12A) 105 mins

The Book of Henry sounds like one of those coming-of-age comedies with a bitter-sweet edge. The poster, with a cute, precocious 12-year-old with goggles and a kind of pilot’s cap on his head, does nothing to refute that impression. In fact, in terms of stories likely to give children and their parents nightmares, it’s more like A Monster Calls, only here it isn’t the mother dying. It’s the mother who has to finally come-of-age. We could deal with that rather interesting reversal, but director Colin Trevorrow (Jurassic World) and writer (the novelist, Gregg Hurwitz) decide to throw a couple of other emotive genres into the unappetising mix: the terminal illness melodrama and the child abuser-next-door thriller. If it’s not your typical family fare, it’s hardly a date movie either. There is something so sacred about the image of American families living in big, three-storey clapboard houses with sprawling porches (preferably on a lake, but a quiet, leafy suburban street in Cavalry, New York will do) that even a single mother of two working as a waitress can afford one.

In the case of Susan Carpenter (Naomi Watts, The Impossible, 21 Grams, Mulholland Drive), until we meet Henry, we have to assume that her husband was a serious bread earner; that the house is mortgage free and that the upkeep is minimal. That Susan is not keeping up with the upkeep, however, becomes a bone of contention between the statuesque, attractive blond and her single-father neighbour, Police Commissioner Glenn Sicklemann (Dean Norris). Scary Mr. Sicklemann wants Susan’s leaves off his manicured lawn.

Fortunately for Susan, her son Henry (Jaeden Lieberher) is a child prodigy who not only advises his mother when to pay by direct debit or cash, but invests her money in the stock market with astonishing success. Susan does not even know how impressive her bank account is because Henry manages all that. A teacher asks 6th grader Henry why he isn’t in a school for gifted children. We are reminded of last week’s film, Gifted, when he answers matter-of-factly, ‘it’s better for my psycho-social development to have me in an integrated environment.’ Jacob Tremblay and Jaeden Lieberher in The Book of Henry

Susan’s 9-year-old son Peter (the talented Jacob Tremblay from 2016’s Academy Award nominated Room), is aware that his mother depends on Henry as the man of the house and he, too, looks up to his brother and lives in his shadow. When Peter needs his mother most, she is having a breakdown, madly baking so that they can cheer up by eating sweets all week. Fortunately, if Henry’s the one with the futuristic, hi-tech tree house and the save-the-world ideals, Peter is the commonsensical and reasonable member of the family.

One reason why Susan wants to be a good neighbour to Sicklemann is that Henry is so protective of Sicklemann’s daughter Christina (Maddie Ziegler) that Susan refers to her as ‘my future daughter-in-law.’ This is a clue that Susan treats Henry as more of a grown up than he is. And this confusion between IQ and emotional maturity, morality and experience is what Susan has to sort out when she is left with Henry’s little red book outlining how to free Christina from her abusive father.

Watts is talented enough to get through most of the film with her dignity intact and is thoroughly convincing as the waitress mother of a genius, even if her talent for writing children’s novels is a bit hard to buy. When the filmmakers reward the suffering Susan with Dr David Daniels, a miraculously eligible neurosurgeon, Watts appears less able to focus on yet another genre – the could-this-be-love romance genre – than we are. This deft handling of emotional priorities takes serious self control for an actress as the tall, dark and handsome Daniels not only has a bedside manner to die for, pardon the pun, but demonstrates that he is daddy material.

No, the acting is not the problem and Jaeden Lieberher, the best thing in the Bill Murray vehicle St Vincent and who impressed as the mysterious boy with special powers in Jeff Nichols’ Sci-fi thriller Midnight Special confirms his rising-star status with an understated performance here. A genius who is neither a nerd nor obnoxiously self-absorbed, Henry is sociable, but does not laugh and fool around, as though his intelligence is a serious responsibility. Lieberher can even handle what might be one of the most mawkish, emotionally manipulative sequences we’ll see all year when he finds himself in hospital way before his time. In one scene he surprises Dr Daniels with his medical knowledge, bringing to mind doctor-turned-poet John Keats’ famous exclamation, “I know the colour of that blood! It is arterial blood.’

What is harder to handle are the maudlin mix of genres and scenes that are so ludicrously written that even the best of actors would struggle to bring to life. There are some interesting elements and ideas in the story lines, but nothing can save a film that induces us to guffaws instead of genuine tears.