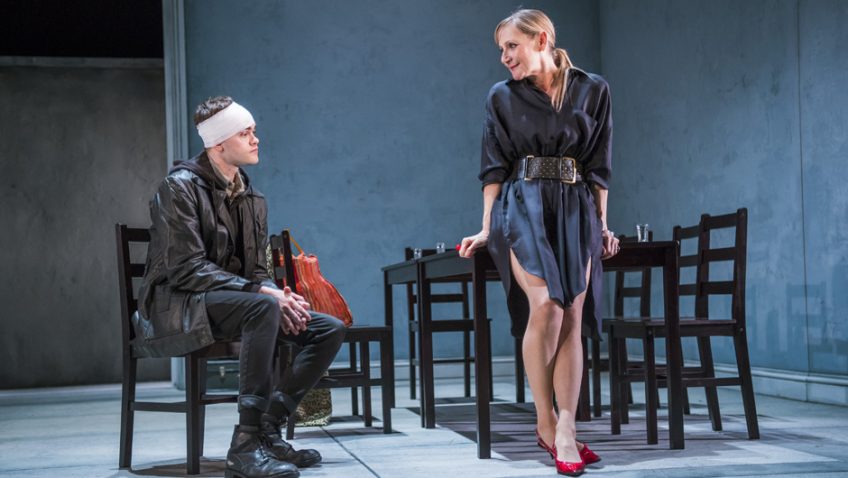 Asked how he wanted The Seagull performed, Chekhov replied: as well as possible

At its premiere in St. Petersburg in 1896, hopelessly miscast, under-rehearsed, and with an audience who thought they were going to see a farce, The Seagull was a disaster and booed.

All the characters are miserable, dissatisfied with their dreary, unfulfilled lives. Everybody is in love with the wrong person. Konstantin, a young unperformed playwright, loves Nina, a stage-struck girl, who loves Trigorin, a famous writer, who is loved by Arkadina, Konstantin’s mother, a famous actress.

Trigorin deserts Arkadina for Nina and then, having fathered her child, deserts her, returning to Arkadina.

“In life,” said Chekhov, “everything is mixed up: the profound with the trite, the tragic with the comic.”

It is this knife-edge between laughter and tears which Jonathan Kent achieved so well when he directed Young Chekhov, a season of plays – Platonov, Ivanov, The Seagull – at Chichester and the National Theatre.

Sean Holmes, artistic director of the Lyric, Hammersmith, is using a new version by Simon Stephens which sets The Seagull firmly in the 20th century and in so doing takes the Chekhov out of Chekhov as it were.

But it is Chekhov the audience surely wants to see?

For a moment, as I listened to Konstantin in Act 1 talking about theatre, I thought the modernization might work. Brian Vernel was riveting and the staging of his awful symbolic play was new and fresh.

However, the longer the production went on, the less well it worked. It felt the actors were playing with the play rather than acting it. There was no sense of time or place.

When Arkadina talked of the reception she had had on tour from students she talked like a diva in the 19th century. It seemed odd too for the schoolmaster to be asking for a horse for a 5-mile ride home in the pouring rain.

Nicholas Graves’s angry deliver of Trigorin’s account of his life as a writer was one of the better moments.

The actors were not helped by the sets, particularly in Act 3 and 4. The scene changes were tiresome. The staging of Act 4 and the positioning of the card table was really bad.

23 years ago Judi Dench played Arkadina. At the end of her quarrel with Trigorin (Bill Nighy), when she had won, she gave his penis a little tap of affection.

Lesley Sharp’s Arkadina is more demanding. She undoes the buckle of Trigorin’s belt and pulls down the zip of his trousers. “You’re coming, aren’t you?” she asks. “God yes,” he replies.

The big question is why is Lesley Sharp wearing a mackintosh indoors whilst she is playing cards?