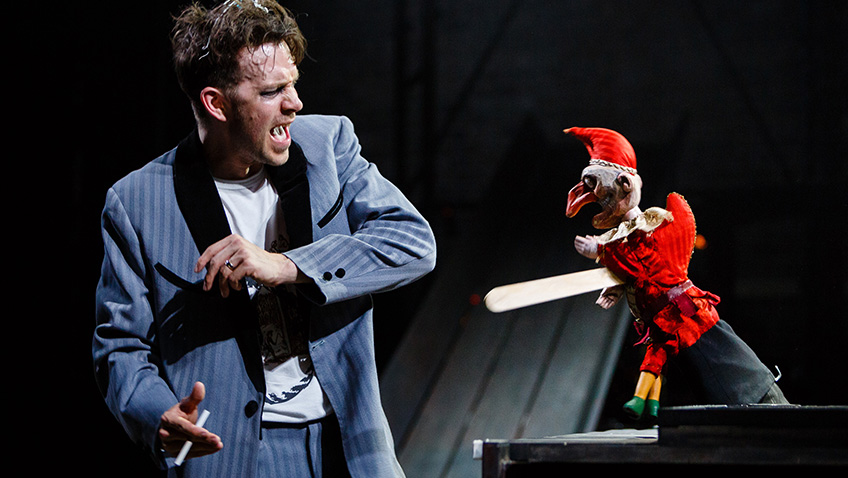 Robert Tanitch reviews Dead Dog in a Suitcase (and other love songs) at Lyric, Hammersmith W6

Dead Dog in a Suitcase (and other love songs), written by Carl Grose with music by Charles Hazelwood and directed by Kneehigh’s artistic director.and founder Mike Shepherd, is a radical adaptation of John Gay’s The Beggar’s Opera.

Gay’s satire at the expense of Sir Robert Walpole, the notoriously corrupt Prime Minister, was a huge success at its London premiere in 1728 and run for an unprecedented 62 nights. 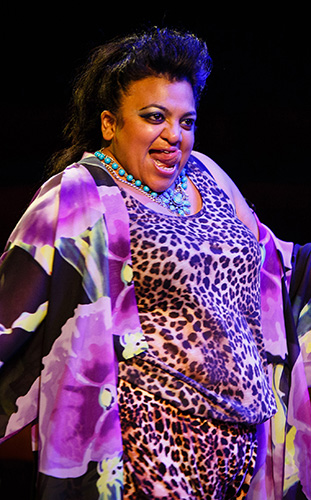 The criminal classes were shown to be no different to high society. Everybody was motivated by self-interest; everybody was treacherous; the thieves and whores merely parodied the Behaviour of the aristocracy.

The Beggar’s Opera had a huge success at the Lyric Theatre in Hammersmith in 1920 when it ran for 1,463 performances.

Bertolt Brecht and Kurt Weill had a big success, too, with their adaptation, The Threepenny Opera, in Berlin in 1928 which showed Crime and Big Business in cahoots. The theme song, Mack the Knife, is still hugely popular globally.

Grose and Hazelwood’s rock opera, which is dedicated to Joan Littlewood and which had its premiere in Liverpool in 2014, is a 21st century update and takes its inspiration from David Lynch, Quentin Tarantino and Peter Greenaway. Puppetry has a key role.

Macheath (Dominic Marsh), the former highwayman, is now a contemporary contract killer who murders a politician and then shoots his dog, claiming it to be a witness. Macheath is a likeable anti-hero; but his Behaviour at the gallows in this version is so shocking he loses the audience completely.

Rina Fatania is a foul-mouthed Mrs Peachum and Georgia Frost’s Filch is a very convincing tomboy. The raucous (“Bring it Down!”) finale, lit by Malcolm Rippeth in a smoky haze, has a terrific visual and musical impact.

Kneehigh is an international touring company, based in Cornwall, and Dead Dog in a Suitcase (and other love sings) can be seen in Exeter, Cheltenham, Bristol and Galway International Arts Festival in June and July.