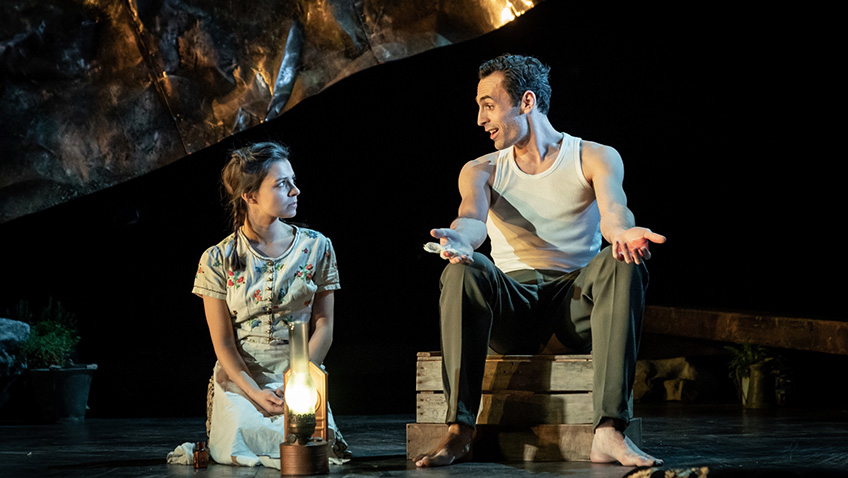 Louis de Bernières’ hugely popular wartime love story, published in 1994 and made into a film in 2001, is set on the Greek island of Caphalunia, off the mainland in the Ionian Sea, during World War 2, during the Italian and German occupations.

The novel condemns Fascism, Nazism and Communism and records the horrors of war, namely the mass murder of Italian troops in 1943. The Germans, on the direct orders of Hitler, took no prisoners and killed 5,155 men. 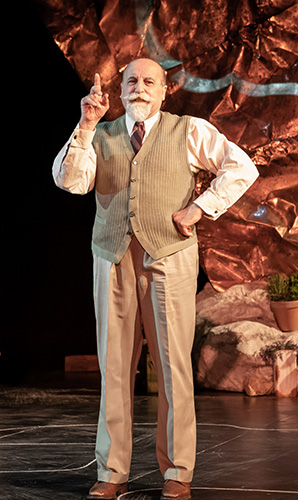 It is a dangerous situation to be in. She is already engaged to an illiterate Greek islander (Ashley Gale). And women who sleep with the enemy are liable, when the war is over, to have their hair shaved publicly in the street.

Rona Munro’s adaptation doesn’t really work. I was surprised how long it took for Cornelli and his mandolin to actually appear. He did not arrive until the end of the first act just before the interval which is leaving it a bit too late as far as the audience is concerned. The adaptation never becomes the tear-jerker it should surely be.

The casting of the rival lovers makes the Greek look like an American GI and the Italian sound like a jaunty Brit. The most endearing performance is by Elizabeth Mary Williams who is cast as a pine-marten.

Visually, the most thrilling thing about the production are the two enormous crumpled metal sheets, which hang above the stage and which constantly change colour and on to which are projected images of the island, the war and an earthquake.