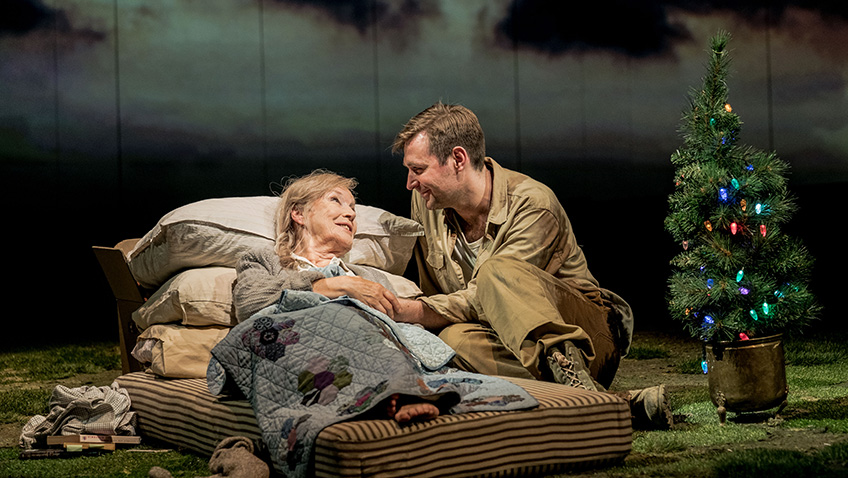 Life is a terrible price to pay for birth

When the 39-year-old Henrik Ibsen wrote Peer Gynt in 1867 he thought of it as a long dramatic poem and never thought it would be staged.

David Hare has rebooted this epic pilgrimage for the 20th century and Peer Gynt, the half mythical and fantastical personage, is now called Peter Gynt. The script, full of contemporary references, is often witty. 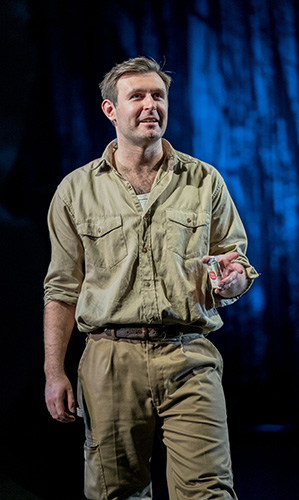 The play can be heavy-going (3 hours 35 minutes including two intervals). I have seen only one production which really worked and that was by Casper Wrede at the Old Vic with magnificent performances by Leo McKern as Peer and Wilfrid Lawson as the Button-Moulder.

The last time the National Theatre staged the play the lead role was acted by three actors, one for his youth, another for middle-age and a third for old age, a bad idea.

Jonathan Kent casts James McArdie, who played Platonov in Kent’s production of Chekhov’s play.at Chichester and the National Theatre. Here, charismatic and comic, he holds the stage brilliantly again as the great dreamer, who is also a great romancier and a great liar.

People don’t have lives any more. They have stories. Beguiled by the prospect of absolute power, Peter Gynt falls back on extravagant fantasies and creates an imaginary world. In Hare’s version Peter gets most of his stories from popular films.

One of the most memorable scenes is when he turns his mother’s deathbed into a sledge and drives her to heaven. Here the scene, played for prose rather than poetry, is muted and denied its grandeur.

Peter Gynt is obsessed with himself – the play is about the cult of personality – but he never finds out who he really is. There is another famous scene when he peels away an onion, layer by layer, until he is left with nothing, a symbol for life in general and his life in particular.

The high spot is when he has to face his own mortality in his meetings with the Button Moulder (Oliver Ford Davies, excellent) who has come to melt him down and tell him that the sins he committed during his lifetime are too mediocre to get him admitted into Hell.

There is strong support from Jonathan Coy as the Troll King and from Guy Henry as the Weird Passenger, who, cheerily, tells the frightened aged Peter Gynt his time has not yet come. “Don’t worry,” he mocks, “you won’t die in the middle of the last act.”