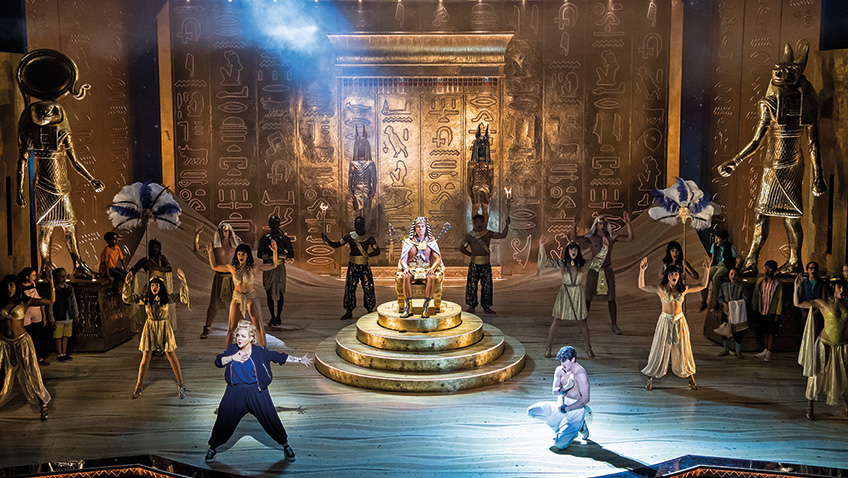 Any Dream Will Do. Go, Go, Go Joseph!

Tim Rice and Andrew Lloyd Webber’s musical began in 1968 as a 15-minute cantata, which was written to be sung by a choir of junior school children. The show gradually expanded and made its first professional appearance at the 1972 Edinburgh Festival.

It has been immensely popular with professionals and amateurs, schools and colleges, on both sides of the Atlantic, ever since. 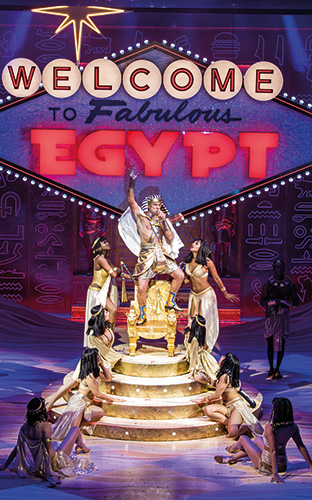 Jason Donovan in Joseph and the Amazing Technicolor Dreamcoat

The children, normally left on the side-lines, are fully integrated; and some of them are wearing beards. The music is played very loudly and often you can’t hear Rice’s clever lyrics.

A major innovation is to cast Sheridan Smith as the Narrator. I have much admired Smith in the revival of Terence Rattigan’s Flare Path and as Fanny Bryce in Funny Girl. Here, wearing an unflattering track suit and trainers and looking as if she has come straight from the gymnasium, she hijacks the first act so completely that the show should be renamed Sheridan Smith and the Amazing Technicolor Dreamcoat.

It’s me, me, me, all the time. Smith enjoys herself hugely, winking at the audience, donning a beard, wearing an eye patch and playing a jailor, a vamp (Potiphar’s wife) and Jacob (the 12 brothers’ dad). I have not seen such mugging in years. The performance would be perfect for a Christmas pantomime.

Jason Donovan, who played Joseph at the London Palladium in 1991, is back and playing the Pharaoh. He has a wonderfully kitchy Las Vagas entrance on a burnished gold-plated throne (with a neon sign above him, flashing Welcome to Fabulous Egypt). He gets to sing his rock Elvis number twice with a built-in encore. He sends himself up, too, pretending he is getting a bit old for this sort of thing.

Joseph, you may remember, was sold into slavery by his jealous brothers, but he came out on top because he was a great interpreter of dreams. Any Dream Will Do. He had a flair for economic planning and saved Egypt from famine.

Joseph has always had to rely on the personality of the actor. Jac Yarrow is still at drama school and will not graduate till the end of September. He got a spontaneous standing ovation in the middle of the show (!) when he sang Close the Door. It was so spontaneous it felt as if it had been decided beforehand.

The music parodies and burlesques many styles. There’s pop, vaudeville, ballad, calypso, tango, gospel, mournful French chanson (hilarious). There’s a reference to Seven Brides for Seven Brothers and there’s even a can-can! The high spot, as always. is the extended curtain call, a Joseph megamix, vigorously danced by the whole company.

The authors took a bow at the very end. I do not think anybody coming out of The London Palladium will be in any doubt that this particular production, so ideal for the whole family, will have a much longer shelf life than its eleven weeks season which ends on September 8.