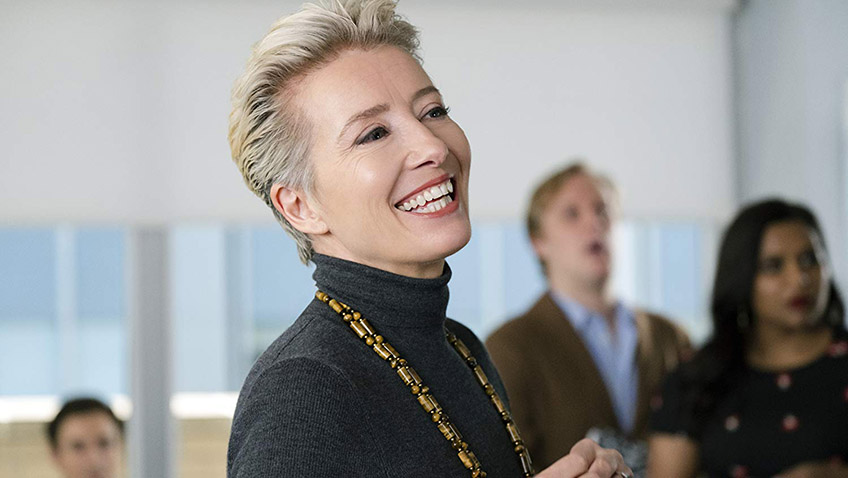 Since The Sundance Film Festival began in 1978 it has launched the careers of many American directors, writers, and actors, by premiering independent films as well as helping to develop them from the idea stage. Once again this year you have the opportunity to spot the filmmakers and stars of today and tomorrow without travelling to Park City, Utah, as the Sundance ‘taster’ festival returns to London.

In addition to 12 new films, there are panel discussions on topical issues (Comedy and Collaboration; Women and Independence; Shorts to Features: A Two Way Street), short films and re-issues of past festival films, including the heart-rending, yet somehow uplifting, Precious (that received a fifteen minute standing ovation when it went on to the Cannes Film Festival) and the riveting, but very dark Australian comedy-horror movie Animal Kingdom, both recommended.

The twelve new features offer something for everyone in a very diversified and balanced selection. You might not find any masterpieces, but there is much to relish and plenty of new voices, new faces and, yes, ethnic minority and female directors.

Speaking of which, Canadian Nisha Ganatra’s Late Night, stars Emma Thompson in a stand-out performance. She plays Katherine Newbury, a middle-aged, married, but childless talk show hostess who is accused of being out of touch and – with her all-male writers’ room – of hating women. With the future of her show in jeopardy, affirmative action becomes a priority. Young, chemical plant worker Molly Patel (writer/producer Mindy Kaling) is hired as the token female and ethnic minority to silence the critics. Molly, single, drug free and without a cynical bone in her plus-size body, has an up-beat, ‘can do’ attitude and brings muffins into work as though she were a girl scout. But are Newbury and her writers’ room really ready for Ms Fix It? The ambitious premise promises more than it delivers, and there is something patronising about the way in which young, wise Molly knows best. If the film is not always as funny as it should be, Thompson is a treat.

Ryan White’s documentary Ask Dr. Ruth puts the life of the pioneering sex therapist Dr Ruth Westheimer in context, and follows teenage refugee Karola Siegel from her Orthodox Jewish home in Frankfurt to an orphanage in Switzerland with the Kindertransport. In the Swiss orphanage where she learns the fate of her parents, she discovers puberty, marvelling at the human body in her diary entries, which formed the basis of her philosophy of sex. After a long post-war journey, from Israel, where she trains as a sniper scout and is seriously wounded; to France and the USA, where she earns various degrees and works as an academic and licensed sex therapist, she becomes a US citizen in 1965. It was only in 1980, at age 52, that Ruth becomes a media star with her radio programme, Sexually Speaking, before moving to TV. At 90 Dr Ruth is still active and still living in the Washington Heights flat in Manhattan where she raised her two children.

Todd Douglas Miller’s documentary Apollo 11 comes to London with a buzz, unusual for a documentary about am historic subject that we are all familiar with. But Miller takes advantage of NASA’s vaults opening for the first time to reveal exquisite, never-before-seen audio and 70-mm film footage of the Apollo 11 mission. So if you’ve ever wanted to stand at the base of a rocket at launch time without working for NASA, here’s how to do it. 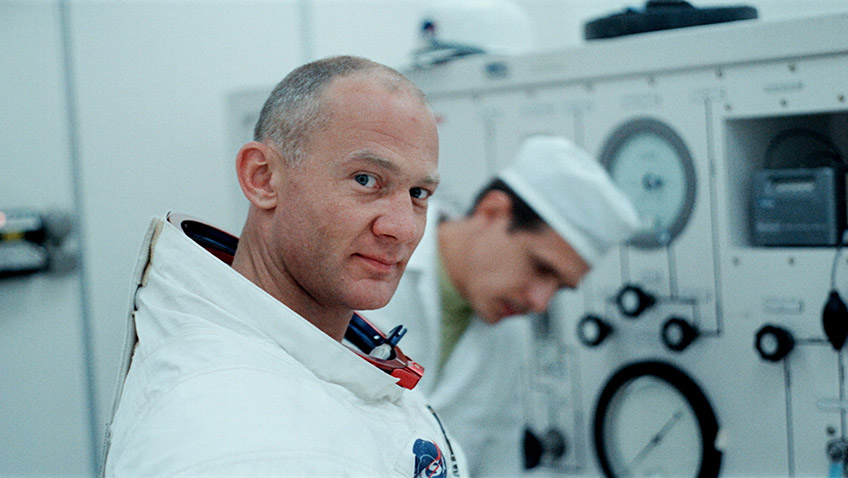 Adapting Susanne Bier’s Danish film of the same title, writer/director Bart Freundlich’s After the Wedding features two talented actresses in meaty roles. Michelle Williams plays Isabel, a dedicated, selfless woman who works with children in an orphanage in Calcutta. When she receives a generous, mysterious grant she travels to NYC to meet her benefactor, Theresa (Julianne Moore) with unexpected results. The irony of this ‘remake’ is that in female director Bier’s film, the two leads were male, and in Freundlich’s, they are female. May the best person win.

In The Farewell, director Lulu Wang takes a look at how families face the death of a loved one. When the matriarch of a family is diagnosed with terminal cancer, the family members decide not to tell her, and to say their goodbyes in a more joyful way, scheduling an impromptu wedding-reunion back in China.

Yet another female director, Alison Klayman’s The Brink, introduces politics into the mix, which is hardly surprising for this 35-year-old defiant American director (Ai Weiwei: Never Sorry and Executive Producer (On her Shoulders). While her politics seem to be decidedly liberal, here she follows Steve Bannon, former White House chief strategist under President Trump, in his evangelical mission to galvanise the “global populist movement”.

The politics of racial and religious prejudice and injustice are present in writer/director Jennifer Kent’s The Nightingale, which tells the harrowing story of Irish convict Clare, who seeks revenge on a British Officer after her family is mercilessly attacked in 1820s Tasmania. But first she has to find the Officer. Toward this end, she hires an aboriginal tracker named Billy who has his own traumas to deal with.

Other feature films include Corporate Animals and Animals (neither of which is about our four-legged friends); The Death of Dick Long; The Last Tree and a surprise film.

For more information and the full schedule, https://www.picturehouses.com/cinema/Picturehouse_Central?filter=Sundance

In Person: Festival tickets can be purchased at the Box Office at Picturehouse Central during the booking period.