Home / LIFESTYLE / REVIEWS > / THEATRE REVIEWS / Extraordinarily compelling, this is a joy to behold 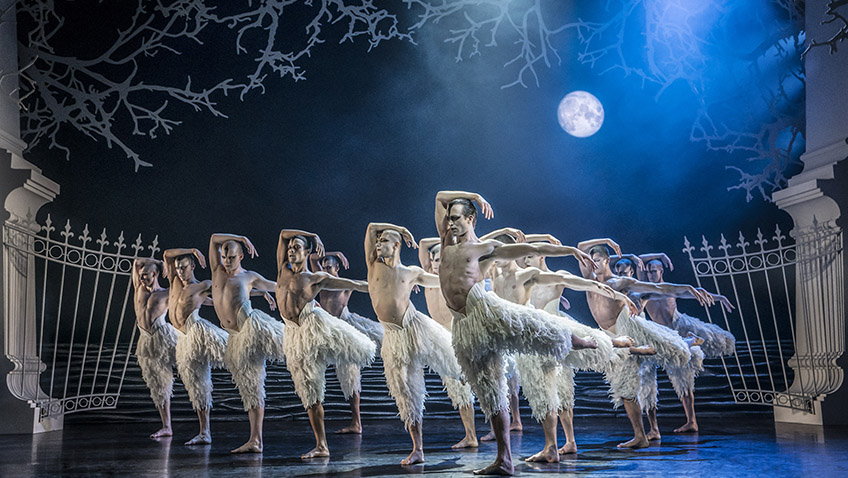 Extraordinarily compelling, this is a joy to behold

It’s twenty-four years since Matthew Bourne’s multi-award-winning new vision of Swan Lake first stunned audiences worldwide. Freshened with recent tweaks and new choreography, it’s still stunning them. The compelling, twisting narratives of this action-packed drama still shock and enthrall; the painful beauty of Lez Brotherston’s set and costumes under Paule Constable’s exquisite lighting is still to die for, and the show’s ending is one of the most powerfully emotional you’ll see. Overwhelmed, the crowd still springs to its feet in heartfelt ovation. 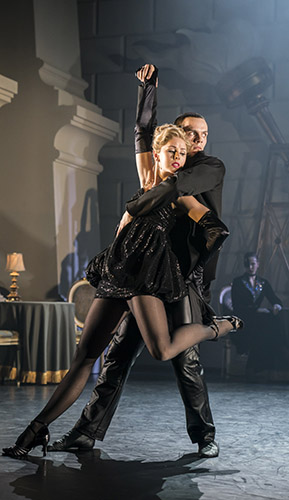 raditionally Swan Lake is a fairytale tragedy that gently unfolds to the power and beauty of Tchaikovsky’s emotionally-charged music. This slightly altered tragic tale twists the impossible dreams of the reluctant prince into storms of manic, hallucinated nightmares that haunt his tortured mind. Tchaikovsky never imagined (probably) that the delicate, fluttering grace and gently flowing lightness of beautiful female birds dancing en pointe would ever be replaced by a host of bare-chested, barefoot, brawny men, growing sweaty as they dance, often with heavy menace and aggressive malevolence. As a repressed homosexual and tortured soul himself it’s likely he’d be thrilled to see the emotions he expresses in his music interpreted this way – even if played in (an equally unforeseable) recorded version.

We may lament a little, perhaps, the absence of the calming, gentle grace of a female corps de ballet in proper ballet shoes, but what is on offer is stupendous – even when danced by females primarily in heels. The stage is constantly peopled with interesting characters, major and minor, who bring expressive acting and dancing every step of the way, performers investing immense vitality and enjoyment into their roles from slinky, glamorous dancers at court to blingy, brash, amorous ones at a nightclub. Comedy abounds as well as tragedy, all wonderfully delivered. (How people love a royal Corgi – or a cheeky Swan animation flying off a giant matchbox!) Occasionally, so much is going on that the comedy almost threatens to distract, but not quite.

When it comes to glorious outfits, the variety of fabrics, glitter, glamour, flowing elegance, tonal choices and originality are all both divine and mind-blowing. From Victorian entertainers performing on a stage upon a stage, through fifties and sixties styles and on into our era of mobile phones and flash-happy paparazzi, we span the classes, too, travelling from courtly and truly regal to a staggering, far from regal Fag-ash Lil at the Swan Vesta nightclub, and a lady with wheeled shopper, feeding swans, beside a handsome waste-bin in the park. Every sumptuous, artistic detail of the ever-changing set is equally divine. You’d be forgiven for weeping at the ingenious interplays of light, dark and shadow on shapely columns, in a sky where the moon is so, so real and twinkling stars sneakily increase, or in pretend mirrors and reflections. It’s true the men’s shaggy, mop-head trousers look more stroppy ostrich than sleek swan, but these are creatures that hiss and seethe, twist, writhe and stamp – certainly more crusty cob than downy deity. True tenderness is a long time coming, but it’s worth the wait.

Dominic North earns great sympathy as the thwarted prince, depressed, disturbed, lethargic, who longs only to be truly loved, while his elegantly regal, dutiful mother comes admirably to life danced by Nicole Kabera. As short-skirted, blond bomb-shell and airhead girlfriend to the prince, Katrina Lyndon is so loveable and has such bubbly stage presence she earns long and loud applause, while as main Swan and Stranger in (faux) leather trousers, Will Bozier and his piercing, intimidating gaze are big, brutal and imposing in both solos and pas de deux with the (comparatively little) prince and the prince’s mother. There are few moments when the stage is not alive with dance.

Extraordinarily compelling, this is a joy to behold – even if it does all end in tears. 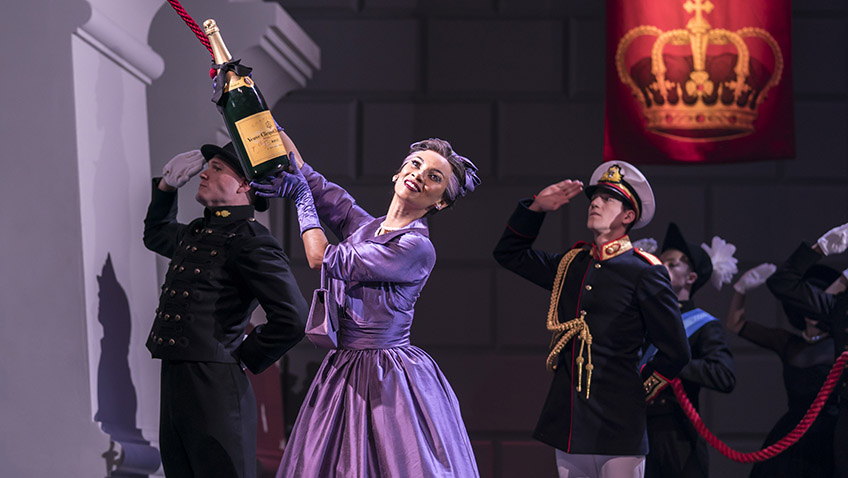