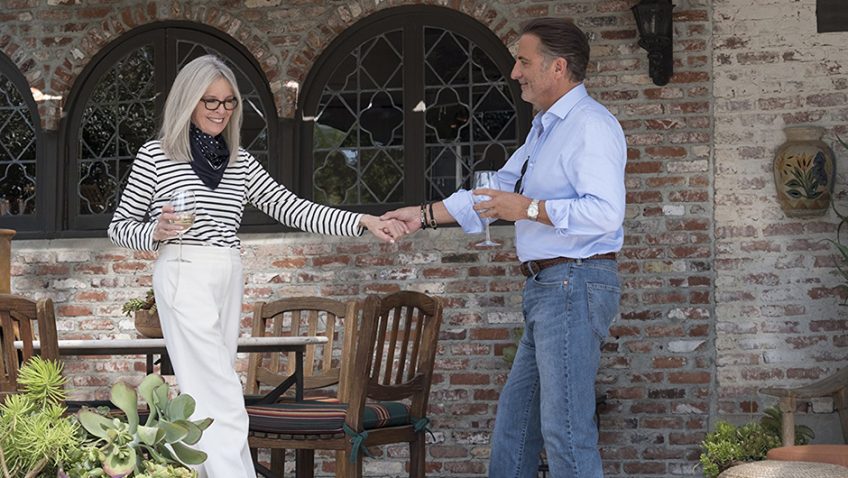 in their monthly Book Club. Despite this commercial if cringe-worthy, premise, it appears the four A-list actresses – Diane Keaton, Jane Fonda, Candice Bergen and Mary Steenburgen, and a few former A list men – must have taken pay cuts to reflect their advancing years. Compare this film’s reported $10 million budget to the $40 million budget – nearly a decade ago – for The Proposal starring Sandra Bullock and Ryan Reynolds – with Mary Steenburgen in a supporting role. Still, it appears that a lot more was spent on the cast than on the script (by Bill Holderman and producer Erin Simms) or on first time feature director Holderman.

Expository montages establish the back stories so we quickly learn that Diane (Keaton, 72) is a recent widow whose two housewife daughters have strong mothering instincts misdirected at their mother. They treat her like she is an invalid and insist, as few daughters would, that she renounce her independence and move to Arizona to live with them. Vivian (Fonda, 80) is a self-made millionaire who lives in the penthouse of one of the hotels in her portfolio and has not retired! Carol (Steenburgen, 65), a successful restaurateur, is still married to her recently-retired first husband Bruce (Craig T. Nelson, 74), although their once-famous sex life has suddenly ended. Sharon (Candice Bergen, 72) is a federal judge who has been single since her bitter divorce from Tom (Ed Begley Jr., 68) 15 years earlier.

It is Vivian, the only book club member with an active sex life, though intentionally empty love life, who recommends Fifty Shades of Grey

. Sharon protests: ‘we started this club to stimulate our minds.’ Vivian defends her choice: ‘from what I hear this is very stimulating’- as if her friends who have no sex life need sadomasochistic sex to be stimulated. Sure enough, the book is the ‘wake-up call’ they all need. They decide to pursue pleasure and sex, albeit, in a dignified manner.

And suddenly everyone’s life changes for the better, as they move on to the book’s sequel. Vivian bumps into old flame, Arthur, (Don Johnson, 68) whom she rejected because she cannot not sleep with men; she only has sex with them. So we have her pegged as a female Christian Grey: afraid of commitment and intimacy. 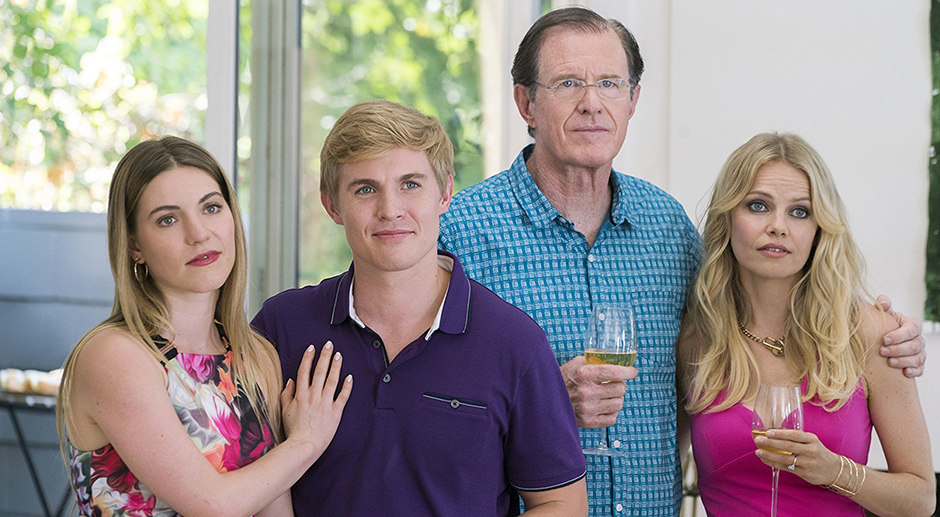 Sharon tries internet dating and is mortified when she bumps into her ex-husband with his young, bimbo fiancée (Mircea Monroe) while on a first date with the diminutive Derek (Wallace Shawn, 74). Desperate Carol slips Bruce Viagra, which proves to be a disaster. Bruce is humiliated and angry at his wife’s deceit. We can only share his feelings for this distasteful gag sequence. It turns out he is having an identity crisis after retiring, but that is outside the scope of Fifty Shades of Grey

Arguably the most fantastical segment is Diane’s chance meeting (on a plane) with a tanned, good looking pilot named Mitchell (Andy Garcia, 62) who is a billionaire thanks to an invention he patented. He lives alone in a mansion with an enormous swimming pool looking out onto Sedona’s Red Rock Country, and he takes her on a tour in his vintage airplane. The obstacle to this fairy tale relationship? The daughters (who include poor Alicia Silverstone from Clueless fame), who call in the cops to look for their 72-year-old mother on a date with an eligible man. Her reaction to her daughter’s interference is ludicrous. It makes us question all the more what the worldly pilot sees in this silly woman, unless (here’s one for a sequel), he’s a control freak who preys on naïve, weak, sex-starved women – like Mr Grey.

The big names, the lavish homes and wardrobe and the fantasy elements of the relationships will pull in the over 40, female audiences, but what a shame these once terrific actors and actresses cannot be given a film worthy of their talents. Even the acting is lacklustre, as they have nothing to work with but the predictable and the formulaic. This is the perpetual problem with most of the ‘grey pound’ movies, and it’s sad that these actors couldn’t use their clout to demand a better script. 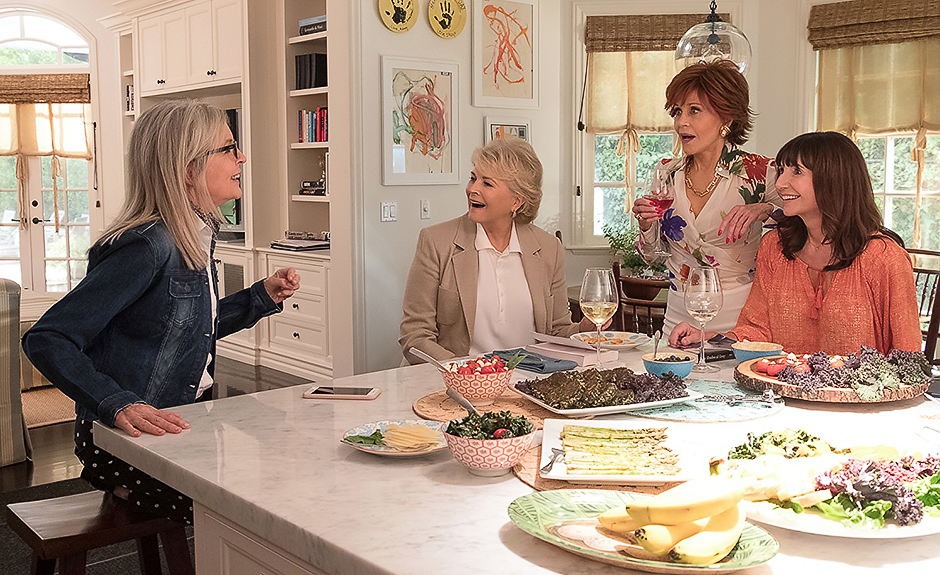 The filmmakers could point to the fact that many of the men are younger than the women (Fonda is 80 and Don Johnson is 68) and the only man with a young, bimbo on his arm is the ‘bad guy’ of the film, Sharon’s ex-husband. But the film seems to be saying that independent women need long term male relationships in their lives – and preferably with someone rich and exciting (no tax accountants). With more single women than men in the world over the age of 65, we have to suspend disbelief that Diane instantly finds a Mr Perfect, who is not even dating anyone, but just waiting for this hung-up housewife ten years his senior to enter his life.

The filmmakers could also point out that all the women are self-reliant and/or high earners who do not need men to support them. But they never date men who need to be supported and we never see them working. They seem to have all the time in the world to rush over to Vivian’s penthouse when they hear that Arthur is flying to New York and help her pack her bag. When Sharon is at work, she is on the computer sending a selfie with a facial mask to her date, while Vivian uses the chaise-longue on the hotel roof terracerather than her office chair.

You could understand the women reading Fifty Shades of Grey

out of curiosity, and as a lark after Moby Dick

, but to go on to read Fifty Shades Darker

? Perhaps the idea that they must remain in thrall to the predatory, dull, waxen Christian Grey is a reminder that elder abuse is alive and well.