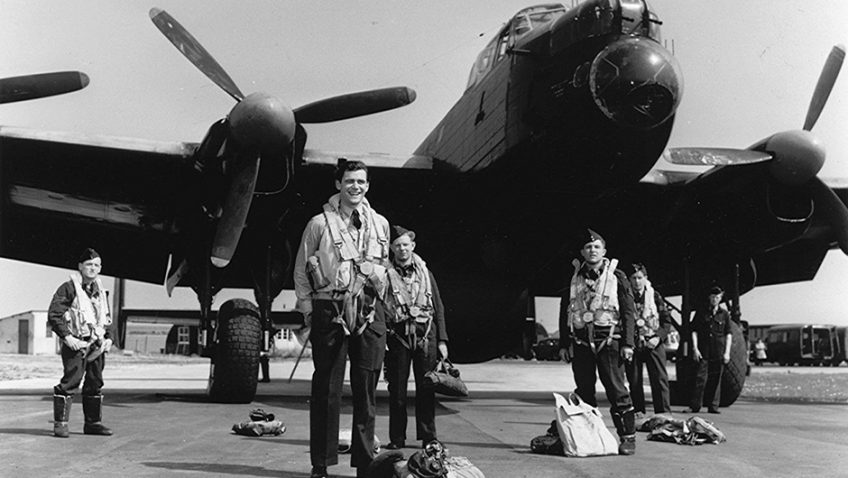 The Dam Busters (StudioCanal). Michael Anderson’s 1953 tribute, newly restored, takes an understated stiff-upper-lip documentary approach to the famous 1943 raid to blow up three massive dams in the industrial Ruhr Valley in World War 2. Michael Redgrave plays Barnes Wallis, the inventor of the bouncing bomb. Richard Todd plays Guy Gibson who led the special squadron of Lancaster bombers. The crew, most in their early twenties, who did not know what the target was to be until the day of the op, had only six weeks to rehearse low altitude flying 60 foot above water. The aerial photography is excellent. Eric Coates’ patriotic March music continues to be a deeply moving morale booster, second only to Elgar.

Darkest Hour (Universal). There have been so many films about Churchill. Does the cinema-going public really want any more? This is one of the best with a totally unrecognizable Gary Oldman transformed into a very convincing PM at war with his war cabinet (led by Chamberlain and Halifax) who think that since the British army is trapped on the Normandy beaches it is time to start negotiating with the enemy. Oldman won an Oscar for his performance and so did make-up artist Kazuhiro Tsuji. The only misjudgement Joe Wright’s film makes is to include a scene with Winston travelling on the underground railway for the first time in his life and making contact with the general public. It rings so false.

Journey’s End (Lionsgate). R C Sherriff’s World War 1 play has been staged and filmed many times since its hugely successful premiere in the West End in 1928 when it ran for 600 performances. The action is set in the stalemate period leading up to the great German offensive on 21st March 1918 when the British lost 38,000 in one day. Sherriff writes from personal experience. The play is an understated tribute to the stoicism and courage of the men in the front line, sticking it out because that was the decent thing to do. Saul Dibb’s low-budget, low key production does not remain the claustrophobic dark dug-out but gets into the muddy trenches and momentarily onto the 60 yard no-man’s-land. The script cuts back on the public school ethos, idiom, slang and sentimentality so much that it is no longer Sherriff’s play. Sam Claflin is the Captain with the shattered nerves. Paul Bettany is the self-effacing older officer. Asa Butterfield is the wide-eyed innocent straight out of public school. The life expectancy of a 2nd lieutenant was 42 days.

The Mercy (StudioCanal) is a true story, very English and very sympathetic towards Donald Crowhurst, the amateur sailor, who took part in the 1968 Sunday Times boat race round the world. He was ill-prepared for the ordeal. Neither he nor his yacht was up to it. The story has been told many times in book, documentary, film, play and poetry. Liable to forfeit his house and business if he withdrew from the race, Crowhurst lied about his whereabouts. When he realized he would be found out he committed suicide at sea rather than come home and face the disgrace. His mental crisis is never harrowing. Colin Firth is understated as Crowhurst is understated throughout. It is Rachel Weisz as his wife who has a fine outburst against the gloating press.

120 BPM (Beats Per Minute) (Artificial Eye) Director Robin Campillo writes about his own experience with ACT UP, a group of French activists infected by HIV/AIDS in Paris in the 1990s. The film, which won a Grand Prix at Cannes Film Festival, is so convincing it often feels like a documentary. It covers the campaign against political apathy, the debates and the in-fighting plus the parades and the civil disobedience against one particular pharmaceutical company. The script hones in on the hospitalisation of a dying combative radical (Nahuel Pérez Biscayart) and his sexual encounters with his lover (Arnaud Valois).