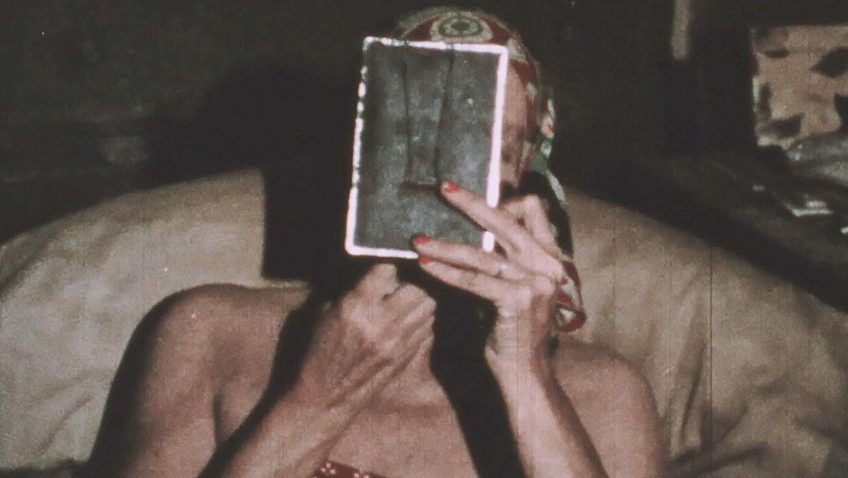 Manna from heaven for fans of Grey Gardens

is a documentary by Swedish filmmaker Gӧran Hugo Olsson, who was introduced to artist/photographer/writer Peter Beard, 80, and an Executive Producer of this film, and soon after became the latest contributor to the sage of Grey Gardens. Olsson was shown four reels of lost footage from the famous home of Edith Ewing Bouvier Beale (Big Edie) and her daughter Edith Bouvier Beale (Little Edie) which predates the famous Maysles Brothers documentary, Grey Gardens from 1975. Albert and David Maysles’ documentary was recently voted (in a Sight and Sound poll) the 9th best documentary of all time. Olsson’s film does not come close. But this curious compendium of footage, which includes the ever-fascinating never-before-seen Beales’ reels, is of great interest as a historic and cultural footnote.

The title sounds like a teenage coming-of-age movie, but the summer in question is 1972 and the setting is the privileged adult playground of the rich and famous, Montauk, East Hampton, in the county of Suffolk County NY. There Jackie Kennedy Onassis’s younger sister, interior designer and Armani PR consultant Lee Radziwill got together with a group of friends to enjoy a summer of swimming, partying and yachting.

The group included photographer/filmmaker and heir to a private fortune Peter Beard; Andy Warhol; the Rolling Stones (Radziwill apparently accompanied the Stones on their 1972 American tour); the Lithuanian-American filmmaker dubbed ‘the father of avant-garde cinema’, Jonas Mekas, now 95; Bianca Jagger and Truman Capote who died prematurely in 1984 of complications from liver disease.

Known for his photos and collages, Peter Beard opens the film in his house in Montauk, on January 16, 2016, with a look at a large photo album, including shots of famous celebrities (including Out of Africa

author and friend from Kenya, Karen Blixen); models and his spectacular wildlife photographs from Kenya, where he also resides.

And then we get on to the tanned and beautiful people who spent the summer of 1972 partying on Long Island and abroad. Beard tells us that Andy Warhol hated the beach, but liked Montauk so much that he bought a house there. We see footage of Paul Morrissey (the filmmaker who discovered and signed The Velvet Underground) because ‘most of the Factory used to come.’

Beard bemoans the transformation of the area. ‘Montauk was mostly fisherman’, he tells us. ‘Now it is mostly tourists.’ He talks about the over-development and comments on how sad it is that the area has become ‘Cash Hamptons’, referring to the arrival of the nouveau riche riff raff. While you sympathise with Beard (the overdevelopment is indeed regrettable) there is a certain nimbyism in his remarks, particularly after the footage of his summer in paradise that was surely guaranteed to make us green with envy. We do not hear what, if anything, Beard has been doing to protect what is left of the natural beauty, but some of the area is already national parks.

And finally we arrive at the footage of Radziwill’s aunt and cousin, Big and Little Edie respectively, who have lived together in Grey Gardens since 1952 when Little Edie came to care for her sickly mother. They have been recluses in their derelict mansion set in a large, overgrown, and padlocked estate in East Hampton ever since. Lee and Beard wanted to make a film about Lee’s eccentric relatives, and the Maysles Brothers were hired as crew. The film was shelved, (although the Maysles returned to make their own film, Grey Gardens) and the footage we are about to watch was lost until now. 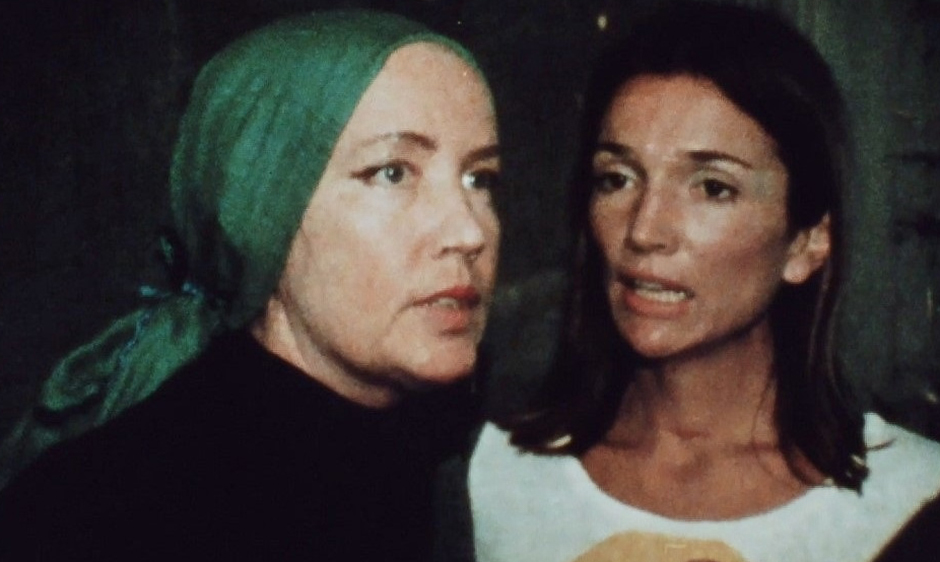 This footage follows an 1971 inspection and an eviction notice (fought off by a high powered attorney hired by Jackie and Lee) from the Council. They are concerned about the lack of heating, electricity and plumbing, the raccoons that live in the roof, the rickety woodwork and the dozens of cats – one of whom is named after Ted Kennedy, because ‘he looked like him –before he got fat.’

Radziwill, an interior designer to the rich, is seen discussing what can stay and what has to go and apparently her sister Jackie stepped in to pay for the installation of modern conveniences. At this point, too, the garbage collector could no longer get in because the place was so overgrown and one worker notes that ‘twenty sacks of cat shit’ had been stored on the premises.

In the production notes, Beard jokes that ‘Every single visit with Edie and Edie was every bit as interesting as anything I’ve enjoyed or experienced in the wildlife years of East Africa…Grey gardens was anthropology 32-A all over again – amazing Field Trips!’ He also comments on the dialogue and ‘action’: ‘Every minute was new, insanely funny, poignant, wild, unpredictable…Daily soap operas…the most surprising true stories, the most paranoid gossip… and most importantly always hysterical.’

Some of this comes across in the footage, but the occasional caption might have been helpful particularly for anyone who has not seen Grey Gardens, or the 2009 HBO drama. The importance of Big Edie’s singing in the film stems from her early married years when she pursued a career in music and Little Edie’s obsession with make-up might stem from her time as a model and aspiring actress. Big Edie’s decline began when her husbanded abandoned her at age 35 and her grandfather’s trust fund was allegedly misappropriated by John Bouvier III.

At one point Edith says to make-up obsessed Little Edie: ‘You shouldn’t have had incest with your uncle’, to which Edie responds, ‘well, I had to find out about men.’ Is she referring to Lee and Jackie’s stockbroker father, John Bouvier III, nick named ‘Black Jack’? In one scene, Beard and Radziwill go out to meet the locals, one of whom recalls ‘Black Jack’ as he was called, renting an apartment in the town and bringing a different woman there every night. Radziwill listens on silently.

In 2016 a 2005 musical based on the Maysles’ film Grey Gardens was revived at the Southwark playhouse starring Sheila Hancock in a sell out run. That Summer

will be a must-see for all those who continue to be fascinated by this sad and strange family. And if you are really keen, the house is currently on sale for $18 million.