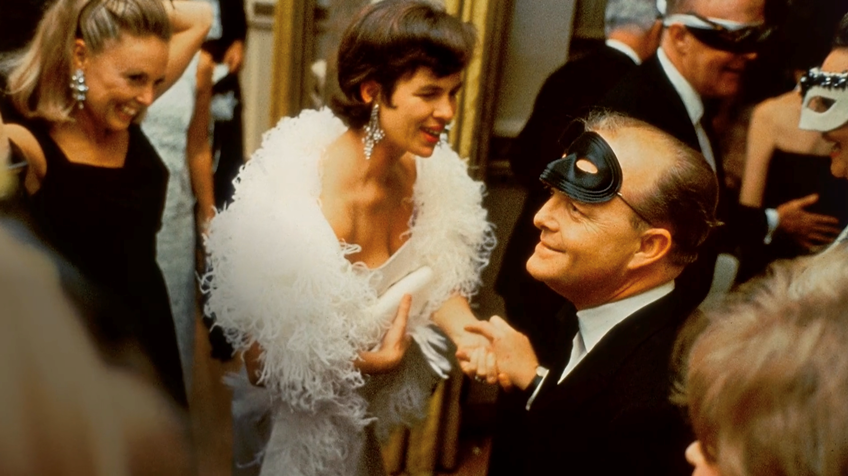 Though The Capote Tapes lacks the flair and style of its subject, it shows why Truman Capote is among the most enigmatic and fascinating celebrity novelists of the 20th century. The film leads up to Capote’s much-anticipated “masterpiece” Answered Prayers that may, or may not, have been completed before his death in 1984. One chapter was published in a magazine: not enough to justify the million-dollar advance (equivalent to $5 million in 2021), but enough to alienate the mid-century New York high society that had taken the short, openly gay, flamboyant wit from the deep South with a squeaky voice and a Napoleon complex into their inner sanctum.

Ebs Burnough (director/co-producer) has based his chronicle on Paris Review editor George Plimpton’s tape recordings that were research for his 1997 Capote biography, In Which Various Friends, Enemies, Acquaintances, and Detractors Recall His Turbulent Career.

This is a similar format used by James Erskine in his Billie Holiday biopic Billie (November 2020), only Burnough thoughtfully provides us with subtitles of the audio tapes for clarity, and conveniently repeats the identity of his enlightening talking heads whose insightful testimonies complement the tapes. Foremost among these is Capote’s “adopted daughter” Kate Harrington (Kerry O’Shea) who moved into Capote’s Manhattan apartment in bizarre circumstances, which the film documents. Like most of Capote’s life, you couldn’t make it up.

In a kind of Pygmalion story, when, in the mid-seventies, Kate moved into Capote’s apartment, he said, ‘if you want to live with me you have to write…Your life is about to change and the only way to hold on to your life is write about who you are.’ He knew from experience.

Capote wanted Kate to listen in to dinner conversations in swanky restaurants, something that he had been doing since he seduced the New York Swans (well-married, elegant wives of the fabulously rich). If the husbands looked down at him with contempt, they accepted him as an amusing, safe escort for their wives while they (in the case of Babe Paley’s husband, CBS Television supremo Bill Paley) were with their mistresses. Marella Agnelli (wife of Gianni, heir to the Fiat empire) recalls on the tape: ‘I told him a lot of things. Instead of a shrink, I had Truman’.

While Truman’s first novel was the 1948, coming-of-age Other Voices Other Rooms, dubbed “the Fairy Huck Finn”, it was his cutting, gossipy side that he cultivated. Art historian John Richardson recalls, ‘conversations with him were enormously fun but had little to do with the truth.’ Still, when a chapter from the long-awaited, Answered Prayers was published in Esquire under the title La Côte Basque, 1965, the truth was too thinly disguised for most.

New York socialite “Lady” Slim Keith (credited with introducing Lauren Bacall to Howard Hawks) says on the tape, ‘All of the story is told by a person called Lady Coolbirth. There was no question who it was. It was like looking in the mirror. I couldn’t believe he’d do that.’ Dotson Radar, who worked his way into New York’s elite literary scene through his relationship with and writings about Tennessee Williams, is infuriated. ‘It’s fiction for God sake! What is wrong with these people!

Capote did have a way of combing fiction and non-fiction that worked magic in works such as Breakfast at Tiffany’s. But he might have crossed the line earlier than Answered Prayers, with In Cold Blood. In one of the documentary’s many entertaining anecdotes, Slim Keith recalls that when The New Yorker gave him a new assignment, he called her for advice. ‘Now I can either follow a day lady who never gets to see the people she works for around New York or I can go to Kansas where there’s been a murder, and no one knows who did it.’ We hear laughter on the tape as Keith recounts, ‘I told him to do the easy one: go to Kansas.’

Six years later Capote had invented a new genre that is the reportage of a grisly, real-life multiple murder written as a novel. We hear how Capote, who famously invited his friend Harper Lee to Kansas with him, seduced Holcomb, the small, Bible belt town of po-faced farmers. More darkly, he also seduced, and was seduced by, the accused, Perry Smith. William Buckley Jr notes that Capote wrote “too many letters”, saying that he needed an execution to end the book. The book appeared nine months after both suspects were executed and turned Capote into a millionaire.

That year, 1966, Capote invited “500 of my closest friends” to a legendary black and white masked ball at the Plaza Hotel. The dazzling guest list was published in the New York Times. The masked ball can be seen as a symbol of how Capote had to “perform” for the jet set like a jester for a king in order to breathe their rarefied air. Lee Radziwill recalls thinking, “this is Truman’s one brief moment of felling power and recognition from the world that fascinated him so much.” Candice Bergen was thinking of the Vietnam War protests raging outside.

After La Côte Basque appeared in 1975 Capote became fatally addicted to drugs and alcohol. When the Swans deserted him, he was embraced by Andy Warhol and the Studio 54 set, but that decadent lifestyle alienated him further, significantly, from his long-term partner, Jack Dunphy, because Capote was not writing anymore.

Capote’s mother moved to New York when she remarried a well-off Cuban bookkeeper. They invited Truman (who had been living with two aunts in Alabama since his parents deserted him) to live with them. When the family was forced to leave Park Avenue after his stepfather, José Capote, was convicted of embezzlement, his mother committed suicide.

We hear speculation that Answered Prayers was a kind of revenge because his mother was never accepted by New York society. But was he really accepted? Writer/editor Lewis Lapham comments: ‘Truman had thought of himself as a master, and then it becomes clear to him that they think of him as a servant.’ Or did he believe he was championing the misused wives, by exposing their empty lives? Others believe it was the low self-esteem of his mother’s rejection and refusal to accept him because of his homosexuality. Dotson Rader believes that ‘Truman had this terrible need to be loved. He never felt he had been loved.’

If Capote was self-destructive, his rags to riches story highlights his courage to overcome his perceived limitations and be recognised as the writer who, according to Norman Mailer, ‘wrote the best sentences of anyone of our generation.’

You can read our review of the Billie Holiday biopic Billie by following this link.