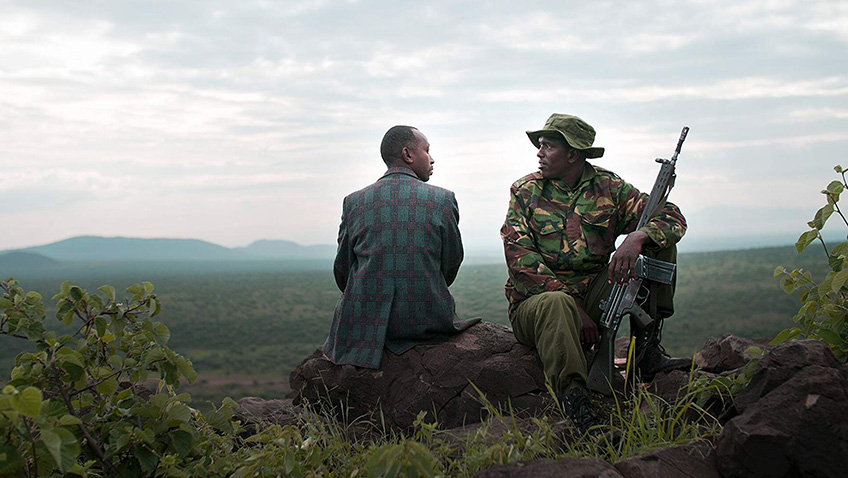 Producer/director/camera/lighting operator John Kasbe set himself a daunting challenge in order to explore the urgent international problem of the ivory trade that is decimating the African elephant population. Documentaries such as Trophy and Safari have highlighted the repulsive nature of what is both a sport and an illicit business. In When Lions Become Lambs Kasbe leaves the moralising and demonising behind to follow the daily lives of both a poacher and a ranger and show us that the real demon is what they have in common: widespread poverty and high unemployment. 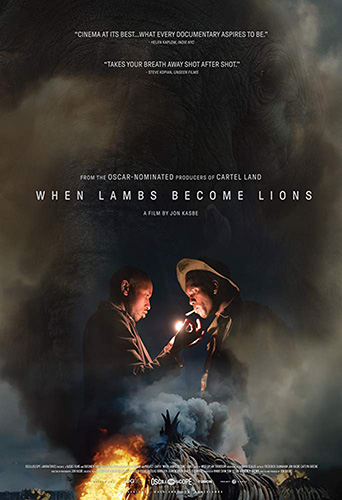 Kasbe’s camera takes us into the heart of darkness where the ivory trade begins. Kasbe, who spent three years investigating the ivory business in Northern Kenya, gaining the trust of the people and waiting patiently night after night with the poachers and the rangers, is rewarded with access to X, a poacher who tells us that he never does the killing himself. ‘My partner’ he explains, referring to a man named Lukas, ‘does the killing and delivers the goods to me.’ He adds, without any irony in his voice, ‘I never really liked killing’. X strolls through the town like a dandy, boasting, ‘I know everyone here: the dealers, police, prostitutes and the Devil himself. I am like the king.’ By the end of the film, his change of circumstance is all the more dramatic for this introduction.

Kasbe also gives us access to Asan, a uniformed ranger, who is X’s cousin. Asan tells us he used to be a criminal doing ivory deals. ‘I didn’t have a family then – nothing mattered. I’ve moved on.’

This background might make Asan’s superiors suspicious, but it is an advantage. ‘Out here’, Asan says, ‘we’re all hunters: the poachers are hunting the elephants and we’re hunting the poachers. To catch one, you have to think like a poacher; know their ways.’

Lukas is well aware of this, and of the increasing dangers of his job, particularly of late, with external and internal pressure on the government to crack down on the criminals. ‘The rangers are not human,’ he reports. ‘They feed poachers to the crocodiles.’ When we see the poachers shoot poison arrows (too small to detect without an autopsy) into the unsuspecting elephants, it is nonetheless difficult to feel sympathy. ‘People say poaching is cursed and if you feed your children the money from poaching, they are cursed,’ X reflects. The question is, how else do you feed your children? 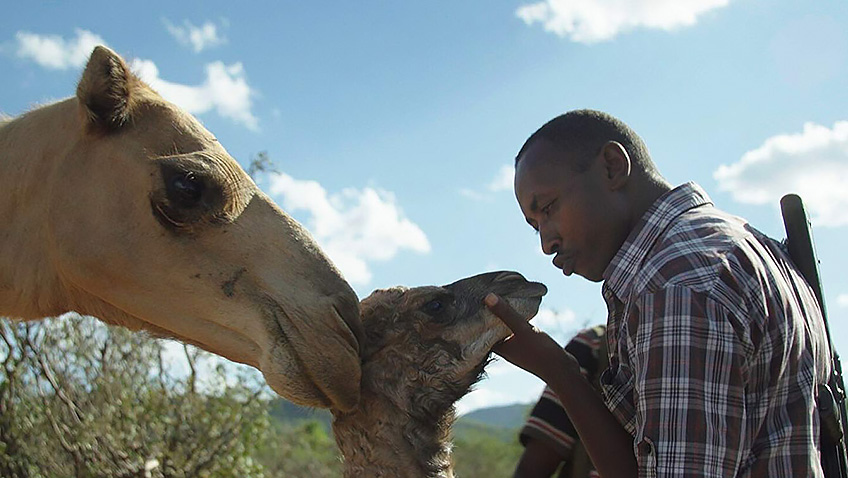 If it is a dangerous job being a poacher, it is equally dangerous being a ranger. With Asan, we attend the funeral of a poacher who was ambushed and murdered. His widow and children sob. Asan has a son who worships his father but is hurt when Asan turns violent in an argument with his wife, a result of stress. Asan’s wife is about to give birth (to a daughter), and the rangers have not been paid in two months. When Asan phones in to tell his colleagues about the birth, he asks, and not for the first time, for news of the salaries.

We start to see more clearly that the proverbial elephant in the room is the poverty that drives he Ivory trade on both sides.

A Kenyan living near the bush has two options: become a ranger, and do a respectable job on the side of right with a steady, if low income, or become a criminal When Asan’s wife goes into labour, it is X who drives them to the hospital in the car that Asan could not afford.

The screws tighten on the poachers when Kenyan president Uhuru Kenyatta stages an unmistakable display of government resolve on national television. Referring to what looks like a dozen haystack of ivory tusks, Kenyatta tells the world: ‘We reject once and for all those who think our natural heritage can be sold for money. This stockpile of ivory is worth $150 million but to us it is worthless unless it is attached to an elephant.’ 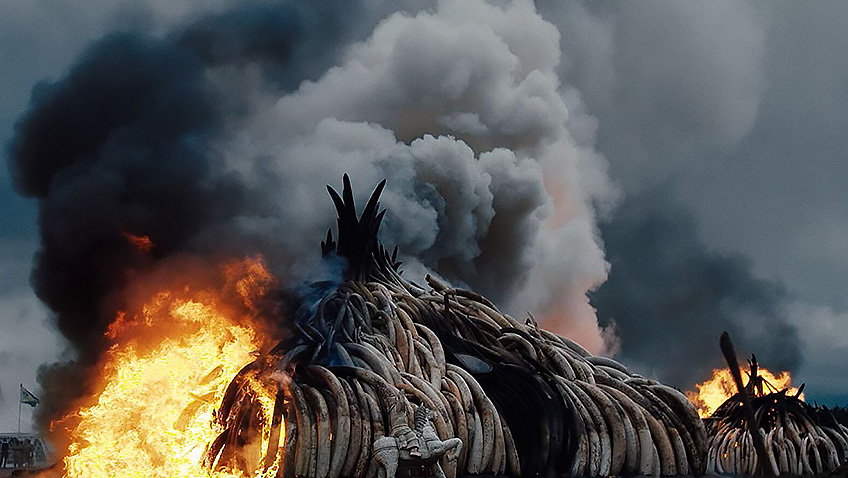 While the challenges of making a documentary in such a precarious environment, and one that has no distracting narration or talking heads to bind it together are great enough for us to make allowances. There are times where you suspect that there was some contrivance for the sake of shaping a story. But it is worth it as Kasbe’s patient approach helps us to appreciate the interdependence of poacher and ranger. The rangers would be unemployed if there were not poachers, and it is the threat of the poachers that, in part, drive up the prices that X can command.

But for all its talk, the government is struggling to pay the rangers’ wages, and the stress is taking a toll on Asan. With Lukas suffering from that other serious problem in Kenya (and throughout Africa), HIV, X watches $150 million worth of ivory go up in flames on television. All that money, that would feed, clothe and educate, not just his family but thousands of families for years. It’s time for him to move on, too.