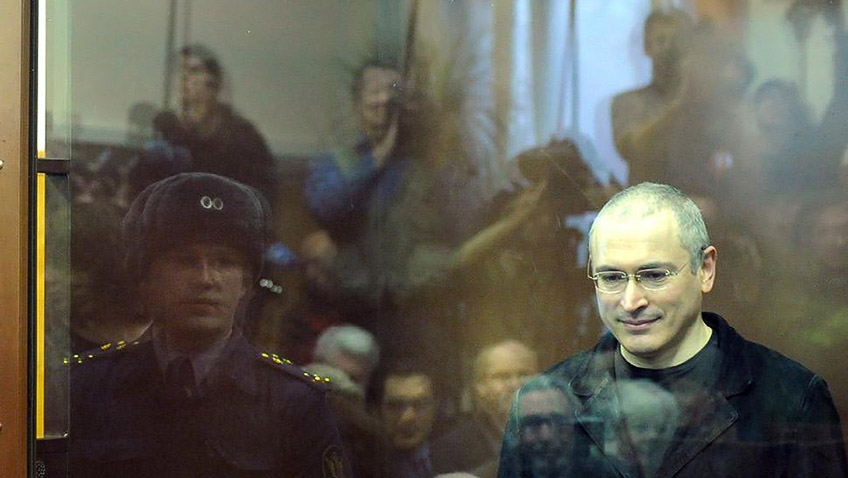 A spell-binding, heady and important look at the London-based oligarch Mikhail Khodorkovsky

Raised in poverty as the son of two engineers in the Soviet Union of the 1960s, Mikhail Khodorkovsky, who went on to become the richest man in Russia, got his first paycheque at 14. When he was beaten up for his cash on the first day of work, he fought back, risking his life rather than relinquishing the cash and his honour. That is not the only prophetic anecdote in the film. Growing up at the corner of Cosmonaut and Rocket Streets, he launched a hand-made rocket in his teens, telling us, with a cheeky, sometimes ironic smile that invites us to read between the lines, ‘I’ve always liked things that explode.’ 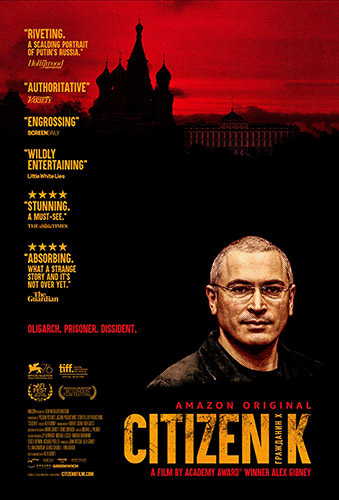 His life has turned out explosive enough for anyone, but Khodorkovsky is not anyone. He admits to being greedy. ‘I have a banker’s personality’ he confesses. Taking advantage of Glasnost and then Perestroika under Boris Yeltsin he bought government issued investment vouchers worth about $40 for a few Rubles. As Derk Sauer, the founder of The Moscow Times, tells us, ‘Khodorkovsky was good at playing the game and everyone else was bad.’

He, and six other future Oligarchs used the vouchers to buy up former state-owned assets, with the money made fuelling more purchases. Khodorkovsky read a book on how to run a bank, thought it looked fun, and opened Russia’s first private bank. He used his profits to buy up several Siberian (another prophetic act when he was sentenced to ten years in a Siberian jails) oilfields, modernising them with Western technology. By the end of the 1990s, the Oligarchs controlled half of the wealth in Russia. In this story, the moral high ground shifts frequently, and is very relative.

The rapid switch from Communism, where there was no choice, to Capitalism, that demanded that the baffled and inexperienced public make many choices every day, led to huge socio-economic gaps and corruption, while the bankrupt government economy led to anger as workers’ salaries and pensions were not being paid. Moscow became the murder capital of the world because the have nots realised that people had things worth stealing. By 1996 it looked like the Communist candidate Gennady Zyuganov would win – and the Oligarchs would lose, possibly everything.

The Oligarchs, two of whom controlled the media through acquisitions of the state TV networks, united to prop-up (sometimes literally) the ailing Boris Yeltsin to get him re-elected. They then loaned the government the money to pay the salaries and pensions to appease the masses, increasing their leverage and power. The former BBC Russian correspondent Martin Sixsmith tells us that he is ashamed at having written optimistic articles about Russia’s brave new world in 1991, as, looking back, there were signs even then that the country was heading for disaster.

The story of Boris Khodorkovsky is so intrinsically linked to the story of modern Russia that this spellbinding and hugely revelatory documentary is nothing short of an abridged (as many questions are raised as are answered) pocket history in the guise of a political thriller. Only a filmmaker as intrepid as Alex Gibney would take on this topic.

Fully aware of the number of Russian-related deaths in London, he begins the story here, showing Khodorkovsky, now 50, near the Tate Modern. Khodorkovsky, who served ten years in a Siberian jail for tax evasion, fraud, and additional, clearly trumped up charges of oil theft, was freed thanks to international pressure before the 2014 Sochi Winter Olympics. But he is now wanted for the murder of Petukhov, a much-loved mayor who was vocal in his opposition to Khodorkovsky’s layoffs of oil workers in his district during a downturn in the economy in Russia. So Gibney courageously travels to Russia to investigate The Oligarch vs The President.

Gibney’s genius (he is more than talented) is in processing enormous amounts of information on dark, and important, though controversial subjects and editing it into thought-provoking, coherent exposés, that make demands on the audience, but reward the attention. His Oscar winning Taxi to the Dark Side looked at an Afghan taxi driver’s torture and murder while being held in extrajudicial detention on a US airbase. He examined the 2001 collapse of the Wall Street darling Enron; the Church of Scientology in Going Clear: Scientology & the Prison of Belief and Julian Assange’s controversial website in ‘We Steal Secrets: The Story of Wikileaks.

Which brings us back to Russia, for Gibney does not shy away from showing a clip of the Salisbury poisoning suspects who, with straight faces, explain that they travelled England for a few days to admire Salisbury’s Cathedral’s famous tower.

But first there is a brief history of the rise of Putin and how, at one point, both he and the Oligarch’s shared common ground in supporting Yeltsin. Putin is, after all, the 8th original Oligarch only no one but Putin quite realised it at the time. Putin played the long game. Yeltsin made Putin his successor, assuring his election to the office he has held (with one brief respite) for 18 years and shows no signs of relinquishing.

With the economy recovering and Putin pretending to lead a democracy, this fragile entente might have continued had some of the Oligarchs not entered the realm of politics. This was out of bounds. When Boris Berezovksy used Channel 1, which he owned, to support the opposition to Putin in the Presidential election of March 2000 he sealed his fate, fleeing to London, where he was found hanged in 2013. With Yukos contributing the lion’s share to Russia’s booming economy, for which Putin was taking credit, Khodorkovsky entered politics, too.

Putin was already angered at Khodorkovsky for opening his company to Western investment, but when Khodorkovsky criticised the government at a televised round table, he sealed his fate, too, and Yukos was seized in a sham auction, just as Putin took back control of the media. Khodorkovsky endured two show trials and a decade in prison, from which, he tells us, he emerged a changed man. Through his charity Open Russia, he campaigns for democracy and human rights.

It is hard to feel sorry for a man who, even after being stripped of his assets by the State and put in prison for 10 years, has some $400 million in the bank, but Khodorkovsky’s influence has been diminished by his absence. His ‘virtual’ appearances at meetings in Russia cannot spark a revolution and the Open Russia’s office there was raided and shut down. Even those who are not brainwashed are aware that the elections are a charade as Putin always wins. We are left to ponder whether Khodorkovsky will have a second (or is it a fourth?) act?