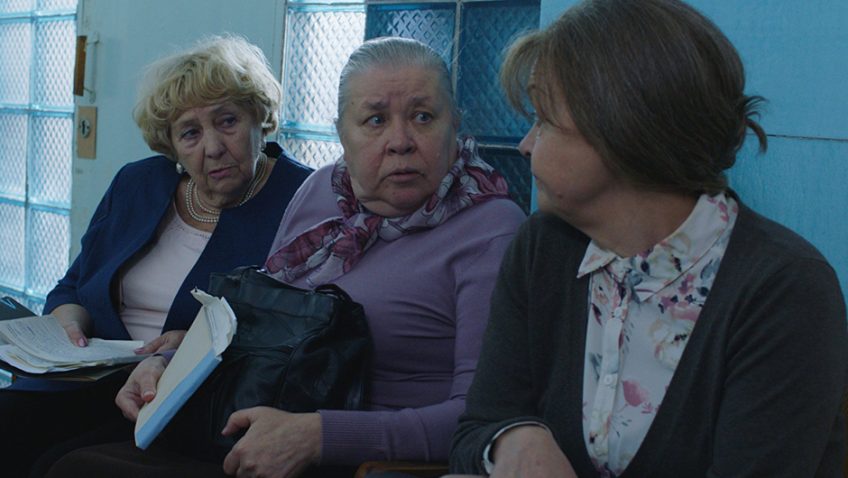 An invisible woman gets noticed in this bittersweet allegorical tail

In most cases, the proverbial ‘invisible woman over 50’ longs to be seen, but Natasha (Natalya Pavlenkova) has something to hide. And when she is noticed, it turns out to be for all the wrong reasons in this appealing Russian allegory.

is an entertaining tale about the cruel cost of being different in a close-minded, petty and bureaucratic society. In both films, being different manifests itself in a physical abnormality. The difference is that Zoology

is a sad satire for the older viewer with dark humour. The brilliant Natalya Pavlenkova (who appeared in Corrections Class) is Natasha, a lonely, 50-something ‘Expert Procurement Manager’ for a zoo who sheds her dowdy, grey image when she starts dating a handsome, young radiologist, Peter (Dmitriy Groshev).

Natasha lives at home with her religious and superstitious mother. After work, she walks through the zoo communing with the animals on a first name basis. Natasha works as a zoo administrator in an office full of petty, overweight women who increasingly resemble animals during the course of the film. They bully Natasha and make fun of her behind her back. There is an unpleasant crisis with the procurement of animal food and Natasha is blamed, and eventually forced to resign.

But Natasha has bigger problems. She has grown a tail that has a mind of its own. The doctor sends Natasha for x-rays and when they do not come out clearly, he tells her he can do nothing until she has them redone. The joke here is that no one needs x-rays to see that the patient has an urgent and very serious medical problem. As she queues for the results of her visits, Natasha overhears gossip about sightings in the area of a devil with a tail.

Natasha returns to the helpful radiologist Peter (Dmitriy Groshev), who shows an interest in her condition and works overtime to redo the x-ray. Grateful for this, and for a sympathetic ear, she brings him a bottle of wine, which he insists that he cannot accept. She refuses to take it back, and so the two end up taking the bottle and two glasses out to the beach. 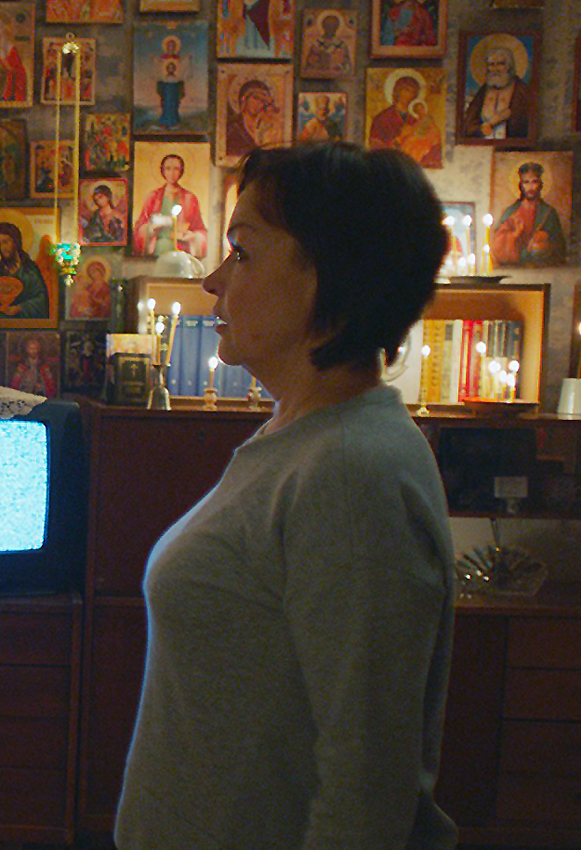 While Zoology is far from your standard romcom, it is one of the few relationship movies where we see the couple having a good time with one another and developing a rapport. So many films take this for granted, even when there’s no chemistry between the actors/characters to substantiate the feelings the plot requires. Peter takes Natasha sliding down what look like some old pre-WWII Soviet sound mirrors; out dancing in a youthful nightclub; and then to a self-help lecture where they irreverently share a bottle of wine until Natasha starts giggling. When they are thrown out of the lecture, it might remind you of Richard Hannay escaping from the political rally he crashed in The 39 Steps.

Natasha, for the first time in her life perhaps, has a reason to care about her appearance. She gets her hair coloured and styled; she buys a frock and puts on make-up. And her transformation is not just physical. She gains in confidence while dealing with the reality of her tail and unemployment. Only an actress of Pavlenkova’s calibre could keep you engaged when the script gets a bit murky.

is a biting, humorous satire of Russia’s national health service; its church, and its pencil pushing; blame-passing, bullying work environment, it may be surprising to see that it was partly funded by Russia’s Ministry of Culture. You can however, imagine Putin agreeing that unholy clergy, gossipy, overweight harpies and sensitive, young men attracted to deformed women for the wrong reasons are fair game.

The metaphor breaks down in the final act and it becomes apparent that Tverdovskiy’s film is not a straightforward indictment of an intolerant society. Dramatically, this creates problems for the audience, but Tverdovskiy seems to be a director (and he co-wrote the script) who gives a dark twist to his films that is designed, for better or worse, to throw a spanner in the works.

In the final scene of the American romantic comedy Bird on a Wire, the two outlaw lovers – Goldie Hawn and Mel Gibson – seek shelter in a zoo, where they have to escape from the thugs pursuing them while dodging the ferocious animals. In Zoology

, the couple also seek shelter in the zoo, but with Tverdovskiy we are in an unsettling, surreal world from which escape, even through love, is ultimately impossible.