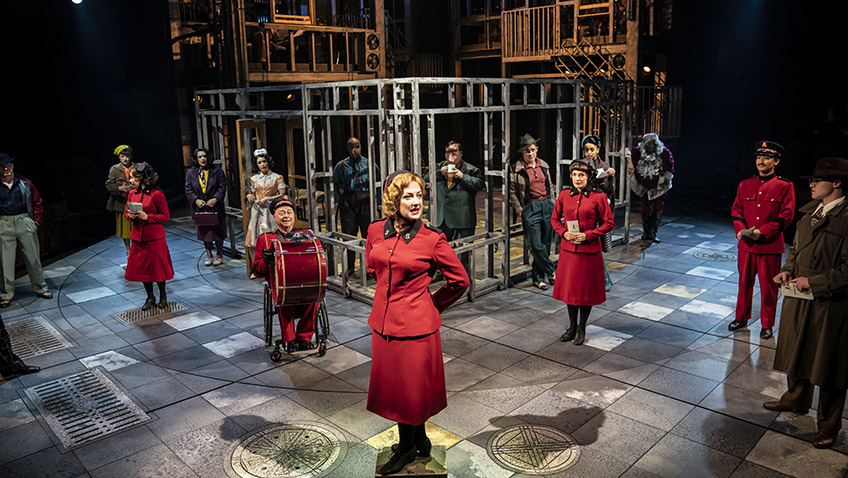 Rich in wit, humour, intrigue and romance Guys and Dolls is a musical bursting with the vibrant, engaging songs of Frank Loesser that sit in a class of their own. There’s also a lot of crap, of course, but only in the gambling sense.

It’s all based on the story and characters of Damon Runyon, a chap who, himself, rubbed shoulders with Al Capone and hung out in the seedy underworld of illegality. Thus the show, crafted by Jo Swerling and Abe Burrows, sets us down in 1930’s New York gangsterland, where gangsters meet missionaries and guys meet dolls. Enter trilbies, two-tone shoes, smart suits both plain and chequered, bright red Sally Army-style outfits, some dice, a gun and a big (-ish) bass drum. 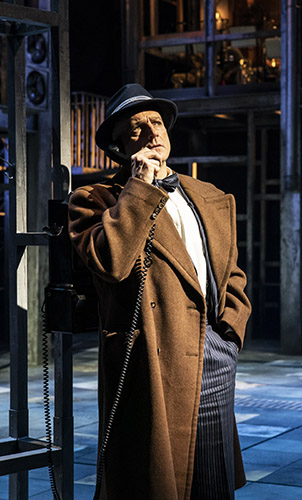 Martin Marquez in Guys and Dolls

Star of the show is undoubtedly Natalie Casey as Miss Adelaide who combines bobbling gait, twangy voice, superb comic timing and fabulous facial expression with fine, expressive singing and an engaging edge of pathos. Her A Bushel and a Peck, her (‘person can develop a cold’) Adelaide’s Lament and Sue Me duet go down brilliantly, along with her nightclub cavortings, aided by ostrich feathers, oversized bows and/or suspenders and similarly clad ensemble.

As Nicely Nicely Johnson, TJ Lloyd likewise twinkles a whole lot more than just nicely nicely. His suit-clad, stubby corpulence embodies a sunny, easy-going nature, while his wonderful singing does full justice not just in the Guys and Dolls duet but in the big, big, BIG showstopper par excellence Sit Down, You’re Rocking the Boat. Showstopper, indeed, its joy is enhanced by the ensemble routine that accompanies it, from an ensemble that brings great energy and bustle to their dancing and singing both as gangsters and as Latin-dancing Havana revellers.

Daffyd Emyr, of hefty stature and deep, growling voice, is another crowd pleaser as gangster Big Jule, though in general, there’s never a feeling of any tense, looming threat of violence or serious confrontation with the law. Played by Darragh Cowley, Lieutenant Brannigan poses no threat whatsoever, being more young Herr Flic than tough cop in his trilby, mac and glasses – but without the limp. Kadif Kirwan as handsome Sky Masterson travels a little out of his vocal comfort zone in the upper singing range while his romantic relationship with Mission “doll” Sarah Brown (played by Alex Young with great singing and good drunken acting) is less convincing and engaging than the fraught, long-term relationship of Adelaide and the greying Nathan Detroit, played straight and likeable by Martin Marquez.

This show may not come as close to the near all-round perfection Sheffield is accustomed to at Christmas, but the second act swings and gels in a more vibrant and exciting way than the first and audience members will stride up the aisles still singing the big finale number, having enjoyed a thoroughly good night out. 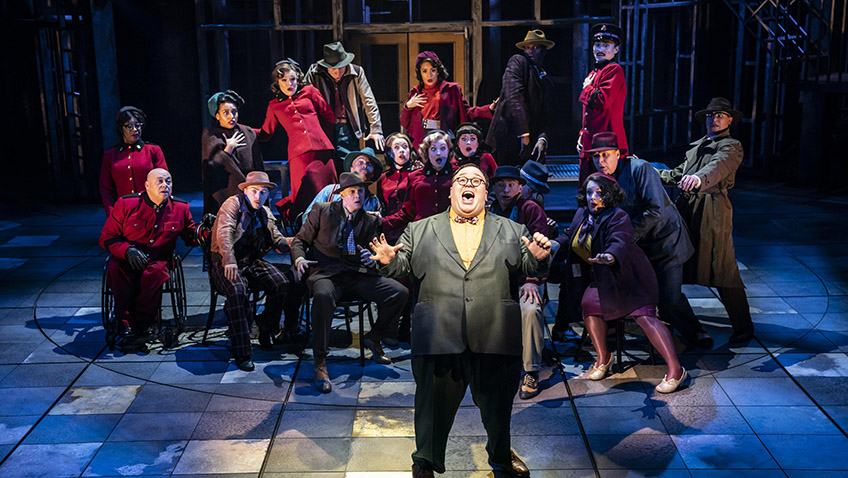 TJ Lloyd and the Company of Guys and Dolls