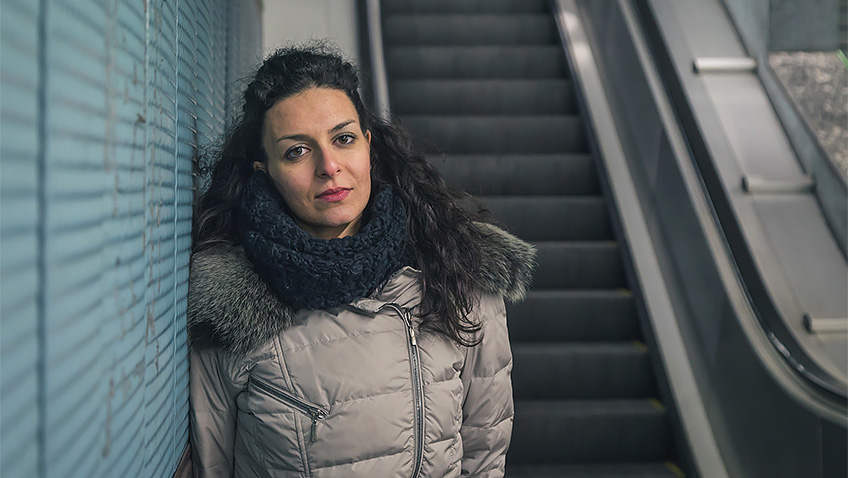 With January intensifying the difficulties people face financially and emotionally, new research has revealed nearly half a million people turned to charities for help in just one year.

Data from the Association of Charitable Organisations (ACO) shows the number of people seeking help from charities and benevolent funds because they have nowhere else to turn following an unexpected change in circumstances has risen over the last four years.

The ACO represents more than 120 charities that provide financial support in the form of grants, which help thousands of people across the UK. A recent survey of members showed more than 100,000 people applied for financial help in the last financial year. When extrapolated across its entire membership base, it is estimated ACO member charities will have supported at least 400,000 people in need. In 2015, the charities distributed more than £56 million in grants. In comparison, this rose to more than £60 million last year – £216 million when applied to its entire membership base.

The ACO is highlighting the work done by its member charities across the UK by sharing the stories of people whose lives were turned around thanks to the support they received.

Its campaign, One Day Changes Lives, will show how an individual act of support granted by a charity one day can have a huge impact in improving someone’s life. Together, individual acts by ACO charities amount to a colossal positive impact on society.

Donal Watkin, Chief Executive at ACO said ‘These figures show the increasing levels of support needed by people with nowhere else to turn. Today we’re highlighting the big difference our members make to people’s lives through financial and non-financial help, and the role charities continue to play in the UK.

‘Some of the people helped never expected to face tough times. Perhaps they’ve been made redundant and their savings have run out as they’ve struggled to find employment. Perhaps they’re receiving cancer treatment and are off work with no pay while the bills keep coming in and mount up. On a single day, our members help hundreds of people across the country, and collectively they have a real societal impact.’

Those supported by the charities were driven into a crisis for reasons including them or a family member facing sudden illness or disability, incurring costs for unexpected household repairs or bills, being unable to pay the high costs associated with a health condition, poor mental health, being involved in an accident, family breakdown, or redundancy.

Whilst ACO members are predominantly grant-making organisations, they also provide practical assistance, employment support, befriending services, and mental health and wellbeing support. Members are seeing an increase in supporting applicants with non-financial aid, rising from 60,584 people helped in 2015 to 93,308 in 2018.

Help can include the purchasing of fridges, clothes and food, and support with the costs of childcare, healthcare and household bills. Some of the people supported needed help to buy wheelchairs, hearing aids, medical equipment and respite care. The charities also provide legal, debt and/or employment advice.

Emily began working as a pharmacist four years ago, but a severe health relapse made finding paid work extremely prohibitive. Covering basic living costs was becoming overwhelming and Emily was finding it increasingly difficult to make ends meet. She said ‘I’d cut back on all expenses to the point where I had no TV licence and no home phone. I was having to decide which of the very basic necessities to pay for and which I could go without. I was skimping on food and at one point I switched off my fridge to save money as it was empty from not being able to afford food shopping.

‘I kept burying my head in the sand when it came to my financial situation and it was having a negative effect on my mental health. I felt trapped, hopeless and couldn’t see a way out. I also felt abandoned and forgotten about, and just left to struggle. Within days of contacting Pharmacist Support, all that changed. It felt like I had been picked up and carried out of a horrible situation, and was reminded that people do care. Thanks to Pharmacist Support I have received three forms of help, by paying my General Pharmaceutical Council fee for a year, a referral to a benefits adviser to support me in getting the benefits I am entitled to, as well as help with living costs to tide me over while I reapply for them. I was successful in my reapplication for benefits, so I’ll now be able to manage.’

Donal Watkin added: ‘I would urge anyone who may need support to get in touch and see how our charity members can help them. Whether it’s helping someone struggling to make ends meet buy a suit for a job interview or helping a family on a tight budget buy a new fridge, our members give tailored support at times of desperate need.

‘Many ACO charity members were established to help people hundreds of years ago, but their work is more relevant than ever in today’s climate. Our charity members have always and will always be around to support individuals in need, no matter what the future looks like.’

For more information about the campaign and ACO charity members visit www.aco.uk.net/page/One-Day-Changes-Lives