Home / LIFESTYLE / REVIEWS > / PRODUCT REVIEWS / A luxury staple: the history of the Rolex 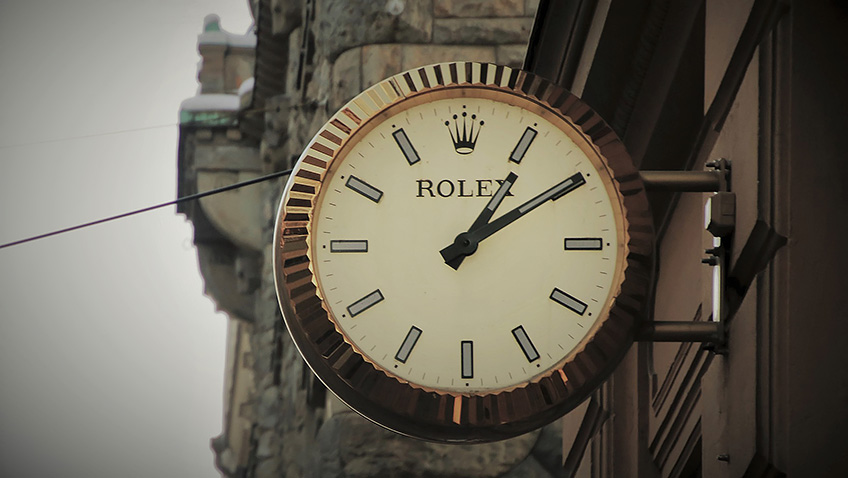 A luxury staple: the history of the Rolex

If someone asked you what a Rolex is, you would likely say it’s a watch. The brand is one of the most famous and identifiable in the world, synonymous with luxury and high-end fashion. Rolex watches are so popular that it is estimated that they produce approximately 2,000 watches per day. We delve into the history of one of the world’s most famous luxury watch brands.

It starts back 115 years ago to 1905, when German-born Hans Wilsdorf, just 24 at the time, founded a company in London which specialised in the distribution of timepieces. A wristwatch was all but a dream to him; they did not have a great reputation for being precise back then. Wilsdorf, however, believed in something bigger – that wristwatches could be both elegant and accurate, and that’s what he set out to do.

All in a name

In 1908, it was time to give the business a name. Hans wanted it to be short, snappy and easy to remember in a range of languages – it also needed to look good on the watch dials. So how was Rolex born? According to Business Insider, Hans Wilsdorf said: “I tried combining the letters of the alphabet in every possible way. This gave me some hundred names, but none of them felt quite right. One morning, while riding on the upper deck of a horse-drawn omnibus along Cheapside in the City of London, a genie whispered ‘Rolex’ in my ear.”

Hans had a mission for a wristwatch that was more precise than any other offering on the market. Dedicating time and effort to mastering chronometric precision, it was in 1910 that this goal was achieved when a Rolex became the first wristwatch in the world to receive the Swiss Certificate of Chronometric Precision, which was granted by the Official Watch Rating Centre in Bienne, Switzerland.

This wasn’t the only award for precision that Rolex earned itself – getting a class A precision certificate from Kew Observatory just four years later. This was a momentous occasion for the brand given that these awards were, up until then, reserved exclusively for marine chronometers. It was this crowning moment which solidified Rolex’s precision.

From breaking a land speed record of over 300 miles per hour in 1935 to reaching the summit of Mount Everest in 1953 Rolex has done it all. Then from the highest point on Earth to the lowest when, in 2012, Director James Cameron descended into the Mariana Trench. It was the only dive into the trench since the two-man Trieste expedition of 1960 – a Rolex was the only passenger on both.

Rolex has created watches for fighter pilots – like the Air-King design that you can view on the Watchmaster website – to statement gold pieces beloved by music icons and celebrities.

Rolex has evolved over time while still staying true to its heritage. And what sets the brand apart from some other luxury watches is that it appears to hold its value very well – sometimes even increasing over the years.