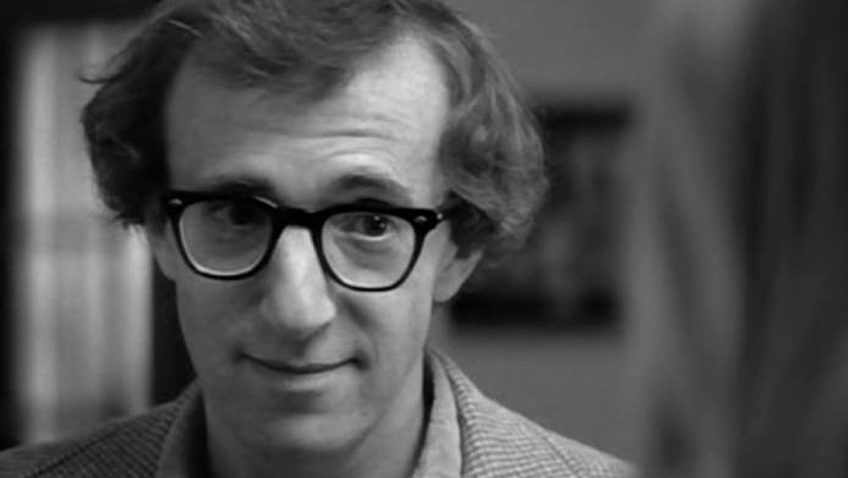 An unmissable re-issue: Never has Manhattan looked better or has Woody Allen been funnier

If a director has the confidence to give his film the name of what was surely, in 1980, the world’s greatest city, it had better be a masterpiece. Manhattan is just that, and with a sharp new print showing off Gordon Willis’s gorgeous black and white cinematography, it’s very clear why. A natural progression from the comic handling of Annie Hall’s zeitgeist (1977) and the sobering psychological study of the dynamics of couples in Interiors (1978), Manhattan is arguably Allen’s most refined and funniest film and portrait of his city.

The film opens with protagonist Isaac Davis (Allen), writing Chapter 1 of his book about a man who ‘adored New York.’ The city ‘pulsated to the great tunes of George Gershwin,’ he writes/narrates, but Isaac can’t get the tone right, and keeps changing the opening lines. ‘Too corny’ and then, ‘too preachy’, he says as he tries a new approach: ‘Although to him it was a metaphor for the decay of contemporary culture.’ He’s not happy with that: ‘Too angry. I don’t want to be angry.’ What we are watching on the screen corresponds to the narrative Isaac is spinning in fits and starts: a fabulous montage of the city that ends in an explosion of fireworks to the accompaniment of Gershwin’s Rhapsody in Blue.

There isn’t much of a plot in Manhattan, which gives Allen all the time and opportunity he needs to come up with some of the best one-liners in his career. They are delivered with his impeccable timing and style, as though he isn’t aware it’s a one-liner at all. He also gets equally natural and subtle performances from the cast.

Isaac is a divorced 42-year-old TV comedy writer who quits his job on principle (that decay in culture). His second wife (Meryl Streep) left him for another woman and to add insult to injury is writing a book about their marriage in which he is the villain. When we first meet his best friend, Yale (Michael Murphy), a preppy looking professor and Yale’s wife Emily (Anne Byrne), they are having dinner in a restaurant with Isaac’s new girlfriend Tracy (Muriel Hemingway). Tracy is a head taller than Isaac, beautiful in an unaffected way and she is a 17-year-old high school senior (‘I’m older than her father’, Isaac admits). At one point in the dinner Tracy whispers to Isaac that she has to leave as she has home work to do. As they leave the restaurant Yale confides in Isaac that he is having an affair with a journalist and it’s ‘out of control.’ Stunned at this confession, Isaac says, ‘You shouldn’t ask me for advice. When it comes to relationships I’m the winner of the August Strindberg Award.’

Isaac discourages the infatuated Tracy from spending the night. He is uncomfortable about the age difference and particularly her seriousness. ‘You don’t want to get hung up at your age. Think of me as a detour in the highway of life.’

Soon after, Tracy and Isaac bump into Yale and his mistress, Mary (Diane Keaton) at an art exhibit and the meeting of this two awkward relationships is uncomfortable. If there is one scene from an American movie of 1980 that should be buried in a bottle for a new millennium, it’s this one. Isaac, trying to impress Mary with her pretentious comments (‘straight out of Diane Arbus but without the wit’) digs himself deeper into a hole when she disagrees with him on everything with great authority.

Well, Isaac back-tracks, having another try: ‘it’s better than the steel cube.’

‘Now that,’ Mary retorts, ‘is brilliant!’ It had a marvellous kind of negative capability.’

I don’t know about the steel cube, but what is brilliant about Manhattan is how it effortlessly captures the middle class, white, elite at their most neurotic, between the liberating 60s and the late 1980’s when Wall Street would make it its own. At a MOMA (Museum of Modern Art) fund-raising event, we meet none other than Bella Abzub, the US Representative, lawyer and Woman’s Rights Activist, playing herself. It is as though Allen wants us there to meet ‘Battling Bella’ and become part of this heady, pseudo-intellectual, aspirational and hypocritical world.

One of the most interesting aspects of this re-issue is the opportunity to re-examine the film with the gift of hind-sight. It is as though Allen had the ability to see the future or, in ignorance of that future, is uncannily rehearsing and working out his qualms about having a relationship with a woman less than half his age.

For in 1992, Allen famously began what he thought would be ‘a fling’ with Soon-Yi, the adopted daughter of his then-partner Mia Farrow and her second husband, Andre Previn (she was Previn’s third wife). In Manhattan, Isaac becomes alarmed when he realises the relationship with Tracy might be more than a fling, and breaks up with her, encouraging her to go off to art school in London. At the end, he comes to terms with his real feelings for Tracy, but is it too late? The real-life scandal with Soon-Yi damaged Allen’s career, but Allen (79) has now been married to Soon-Yi (44) for 23 years.

With Gershwin’s tunes playing throughout the film, could it be that in the end, Isaac wanted to add some romance to his book about the decay of contemporary culture? Is Allen the protagonist in Isaac’s book? Woody Allen, the ‘he’ who adored New York and, in Isaac’s early draft, ‘romanticised it beyond all proportion.’