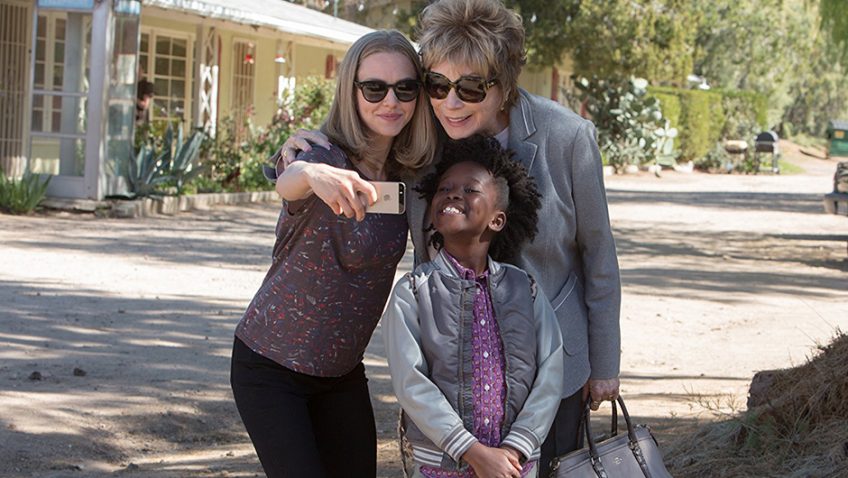 Like Grandma, The Time of Their Lives and this week’s The Midwife, The Last Word

is an excuse to pair a curmudgeonly, controlling older woman with a younger, gentler woman who needs a mentor to get out of a rut. To balance the books, the older woman must be a celebrity, and it helps if she named Shirley MacLaine, whose star appeal is still manifestly evident. But if Grandma and this week’s The Midwife manage to find a plausible scenario for the inevitable bonding of opposites, Director Mark Pellington (Arlington Road) and debut writer Stuart Ross Fink do not. The strained, unconvincing premise is faintly reminiscent of the 2007 male bonding comedy the Bucket List, but even more contrived.

Wealthy, retired businesswoman Harriett Lauler (Shirley MacLaine) walks around her mansion in the town of Bristol, California, showing the gardener how to do his job and taking over the cook’s work. She’s used to being the boss and to being busy. Forced retirement (there’s a messy business about her being kicked out of her own company) does not agree with her, and a suicide attempt prompts Harriett to embark on a new project: controlling her own legacy.

Reading the obituaries in the Bristol Gazette, Harriett has been struck by how one particular writer manages to turn the most tarnished life into gold. Accustomed to buying what she wants, Harriett uses her influence with the newspaper owner (Harriett was a media buyer) to hire young, pretty, but unfulfilled obituary writer Anne Sherman (Amanda Seyfried). Anne will eventually be given the confidence to write the great American novel, but first, she has to write Harriett’s obituary.

A reluctant Anne tries her best, but no one – not even the local priest – has anything positive to say about Harriett. Harriett’s ex-husband (Philip Baker Hall) is the most charitable. Since Harriett will not give up, Anne decides that Harriett has to prove to her, and the world, that she really is worthy of a positive notice. This is the unlikely premise that sends young Anne and old Harriett on the inevitable road trip (read, ‘life journey’) in which both women tick off the boxes (Bucket List style) for a respectable legacy and a challenging, fulfilling life respectively.

Along the way, too, the film borrows from one America’s favourite road movies, Little Miss Sunshine, by introducing an Abigail Breslin character – a child actress with star potential. Brenda (AnnJewell Lee Dixon) is an adorable, inner-city kid with Rastafarian braids and ‘attitude’, who is in need of rehabilitation. And Harriett is great at giving Brenda the tough love she responds to. Brenda thinks Harriett is cool and different from other adults in that Harriett treats her as a grown up. (For those who wish to know, the way in which the rehab centre allows a pushy, wealthy woman to all but adopt a vulnerable girl does not raise eyebrows in this movie.) 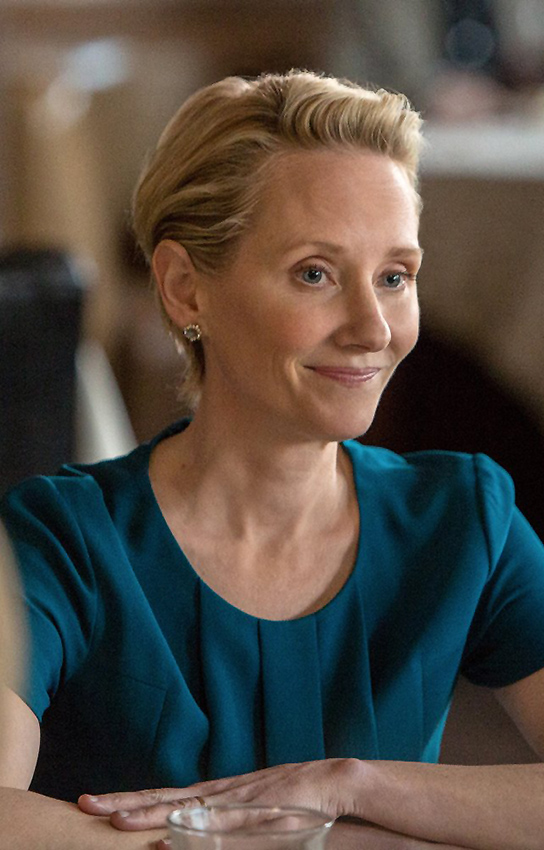 Anne Heche in The Last Word

Anne has come up with a challenge called the wild card. To tick this box Harriet rediscovers her love of 1980s music by convincing a local radio station manager that he should sack his current DJ, who is failing miserably, and hire Harriett. Her reasons are not only persuasive, but are substantiated by her performance in the DJ chair. Harriett is a natural. When she is not on air, Harriett finds time to push Anne into the arms of the conveniently single and heterosexual radio station manager. (Harriett does not go as far as to find another job for the young woman whom she replaced).

The last stop on the road trip is a planned reconciliation with Harriett’s estranged daughter (Anne Heche). Fortunately, this is not the sentimental drivel we fear. That is dispensed with in more subtle ways, for example, a scene in which Anne and Brenda are dancing around Harriett’s house with Harriett gentling fading away in an armchair.

Of course, what we are meant to notice is that what began as an exercise really is changing Harriett. She has changed several lives, most importantly the lives of Anne and Brenda and been improved by the experiences.

What this film has going for it is 83-year-old Shirley MacLaine who breathes life into a contrived, clichéd and unlikeable character. She is type cast, of course, with loud echoes of her roles in Terms of Endearment, (for which MacLaine won an Academy Award); Bernie; Postcards from the Edge and In her Shoes where MacLaine plays a feisty grandmother who puts her idle granddaughter to work in a retirement home and changes her life.

Seeing MacLaine in The Last Word

is painfully frustrating as it shouldn’t be MacLaine’s last word.   It is obvious that she is still worth more than a collection of rehashed past roles masquerading as a plot. Join me in hoping that MacLaine will find one last great role for her own bucket list.