Home / TRAVEL / DAYS OUT / Watch out, the Anglo Saxons are invading Wessex again 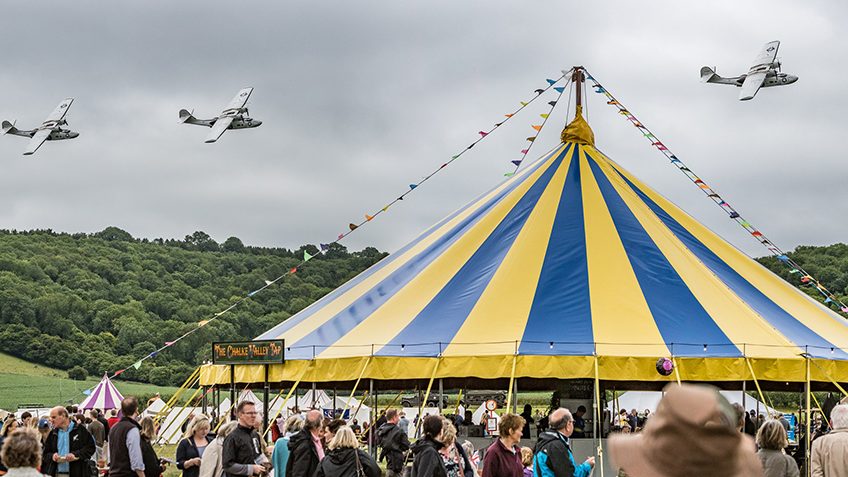 Watch out, the Anglo Saxons are invading Wessex again

For one week in June, hidden deep within the heart of Wilshire in the Chalke Valley, a Roman invasion takes place. Not only Romans, they are joined by Vikings, Napoleonic armies all fighting alongside Medieval Knights. This all happens at Chalke Valley History Festival in the stunning setting of rolling downland pastures, winding combes and ancient pastures. A wonderful vibrant weeklong festival, devoted to promoting the understanding and enjoyment of history to all ages. It is the largest festival dedicated to history in the UK. The setting comes alive with explosions, tanks, dancing, cookery from the past – all a unique glimpse into Britain’s past.

Dan Snow joined the festival all week and other well known speakers made appearances included Andrew Marr, Ken Clarke, David Owen and Monty Don, to name a few, alongside eminent historians and authors. An Wilson – writer and newspaper columnist, known for his critical biographies, novels, works of popular history and religious views.

This year, Mature Times were thrilled to sponsor the talk by eminent biographer AN Wilson. Andrew Norman Wilson is an English writer and newspaper columnist, known for his critical biographies, novels, works of popular history and religious views. His latest book is a short biography of our Queen.

He painted a humorous and mesmerising portrait of “Lilibet” the woman, and of her unfaltering reign during the tumultuous twentieth century, while asking the audience candidly whether Britain can remain a constitutional monarchy after her reign ends.

The invasion will take place again next year, so all you history buffs put these dates in the diary 25th June to 1st July.