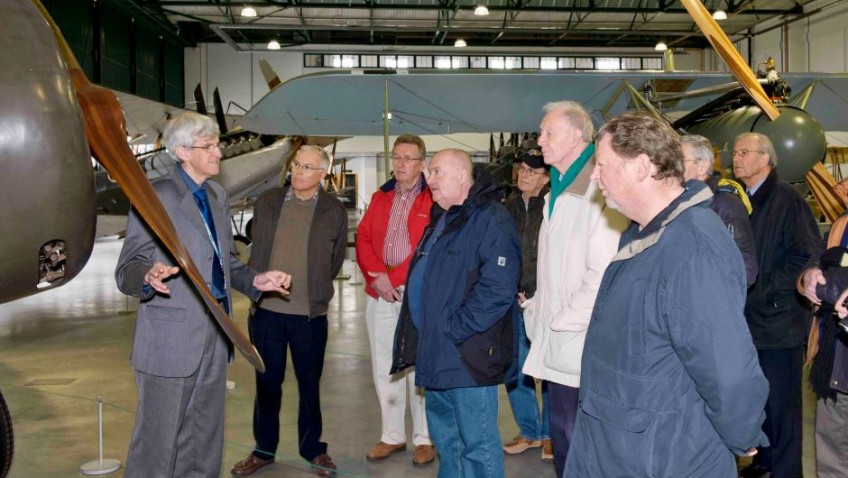 City Bridge Trust has donated £87,600 towards its program to engage older visitors

City Bridge Trust is the grant-making arm of Bridge House Estates, whose sole trustee is the City of London Corporation.

In December of last year HRH the Prince Philip, Duke of Edinburgh conducted the official opening of a new permanent exhibition at the Royal Air Force Museum London entitled ‘First World War in the Air.’

The exhibition was funded by the HLF with support from BAE Systems and encompasses a four year long program of supporting events.

The funds from City Bridge Trust will be used to ensure a run of events and activities to support the First World War exhibition which are specifically targeted at an older audience.

It will also fund three posts Education Officer, Community Development Officer and Volunteer Co-ordinator, all of which encourage a wider engagement with the Museum’s audiences.

Jeremy Mayhew, Chairman of the City Bridge Trust, said: “The Royal Air Force has played a vital role in British military history – and the Royal Air Force Museum offers people, of all ages, a great opportunity to learn about that role; this is an excellent national resource which can be used to connect and engage with an older audience, who are also in a position to share their knowledge of history with younger generations.

“We are delighted that our grant will enable more older people to get involved in a number of aspects of the Museum’s activities – including its work with schools, both as visitors and volunteers.”

Karen Whitting, Director Public Programmes RAF Museum: “We are delighted to receive this grant from City Bridge Trust which will enable us to widen and develop our relationship with more mature audiences.

“As we near the Centenary of the RAF itself, it is of utmost importance to engage the different generations whose lives have been touched by the work of the Service and the bravery and sacrifice of its men and women.”