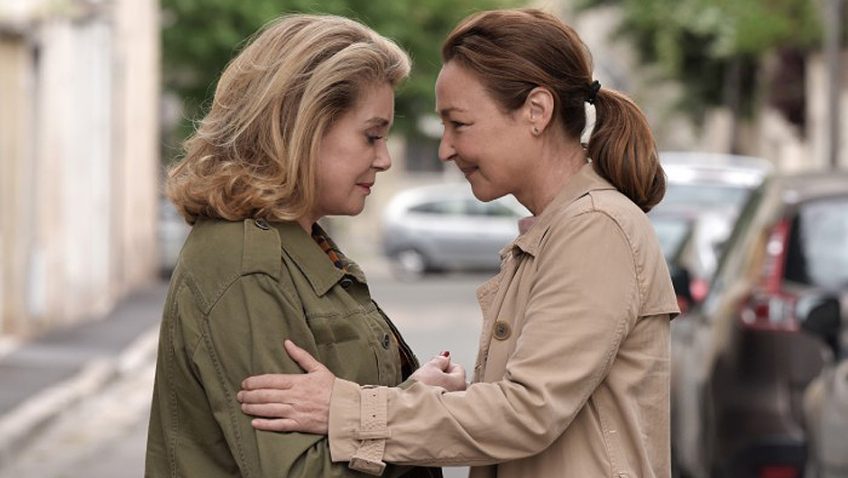 It is normally biographical movies about gifted, closeted and unconventional artists who end up in asylums that trip up writer/directors. But Martin Provost, who seems to specialise in films about just such women, did justice to his eponymous heroines in his heartbreaking, eye-opening Séraphine (the spiritual painter from Senlis) and in his fascinating Violette (his sprawling portrait of writer Violette le Duc). In The Midwife

(Sage-Femme), a fictional portrayal of two non-artistic French women with a 30-year-old wound to heal, it is 73-year-old Catherine Deneuve who comes to Provost’s aid.

The French word ‘sage’ means ‘wise’, but also ‘good’ and ‘prudent,’ making it a perfect epithet for the decent, abstinent vegetarian and midwife extraordinaire Claire (Catherine Frot), who has only slipped once: with her son, Simon (Quentin Dolmaire), whom she brought up alone. In fact, Claire, who works the graveyard shift at a specialised birth clinic, dislikes her estranged mother and had ‘issues’ with her swimming champion father, does just about everything alone.   She has a best friend, but it just seems easier in such a people-orientated job, to be alone whenever possible.

Provost gives us ample opportunity to witness the somewhat self-righteous and highly principled Claire at work. The other midwives are doing a deal with a flashy new hospital to save their jobs and try to persuade Claire to go along. Claire fears that bureaucracy and cost-cutting will sever the bond between midwife and mother-to-be and is withholding her decision.  You can feel the animosity between colleagues building, but Claire does not seem bothered.

Provost also takes us through Claire’s comfortable, but dull apartment in Parisian computer town Mantes-la-Jolie and her tiring, dull, but not unpleasant routine.   After working a long night shift, she goes over to her tranquil allotment on the Seine, where, on one occasion, she meets the affable son of her hospitalised allotment neighbour. We know immediately that Paul (Olivier Gourmet) will become the inevitable man in Claire’s life, but to Provost’s credit the happily-ever-after ending is not inevitable. Claire’s insular, defensive nature becomes an impediment to the relationship, and, it must be said, Paul’s cloying and possessive personality doesn’t help.

Frot is a fantastic actress and her portrayal of a French Florence Foster Jenkins in Marguerite was more touching, perceptive and persuasive than Meryl Streep’s performance as the eponymous socialite. But it’s not clear that even Isabelle Huppert – who could make reading the phone book tantalising – could inject enough interest in Claire’s dull existence to colour the dramatically anaemic film. 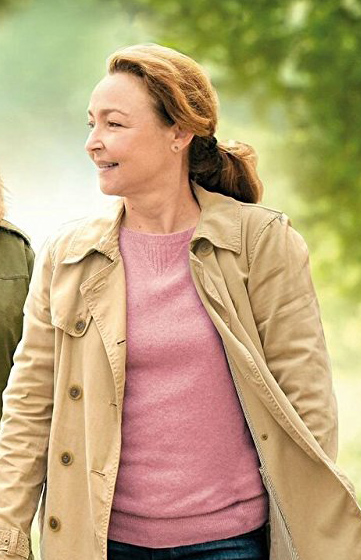 Catherine Frot in The Midwife

Fortunately, she does not have to. Provost gives the film just what the doctor ordered with the arrival of Béatrice (Catherine Deneuve) Claire’s father’s peripatetic, chain smoking, gambling, bon-vivant mistress who walked out on them when Claire was 14.

Beatrice cannot, it seems, do anything right, and twice Claire storms out of what Béatrice hopes will be a conciliatory meeting. Over a rich and boozy meal – the very idea of which makes health-conscious Claire ill – Béatrice tells Claire that she has returned because she is dying of a brain tumour and wants to make amends. When, she explains to a wary Claire, she thought of all the men in her life, she realised the only man she ever loved was Claire’s father. Béatrice offers Claire money, a ring with sentimental and monetary value and a taxi home which Claire – determined not to assuage Beatrice’s conscience – obstinately refuses.

In addition to the clash with Béatrice, there are four conflicts in the film: Simon’s decision to quit medical school; Claire’s relationship with good natured, non-judgmental, if clingy truck driver Paul; and Claire’s precarious job situation. We never feel that Claire is really bothered about any of these conflicts, except perhaps Simon’s decision to become a ‘birth technician’ – the new term for midwife – in the very baby factory that is closing down Claire’s clinic. Claire prefers redundancy, but we are never worried about her survival.   We never worry about the relationship with Paul either, although or, perhaps, because, it is really hard to tell how much she really needs him.

Despite her excessive lifestyle and her death warrant, Deneuve looks a lot healthier and acts a lot sprightlier than Claire. It is hardly a spoiler to say that Béatrice gives Claire a gift that is far more important than money or a ring. The outcome of the conflict with Béatrice is as predictable as is the obligatory fatal prognosis of any character over 70 in films. Still, this conflict is by far the most fun thanks to Deneuve’s terrific performance as a woman who says, ‘I believe in the power of pleasure’ and shows us that she means it.